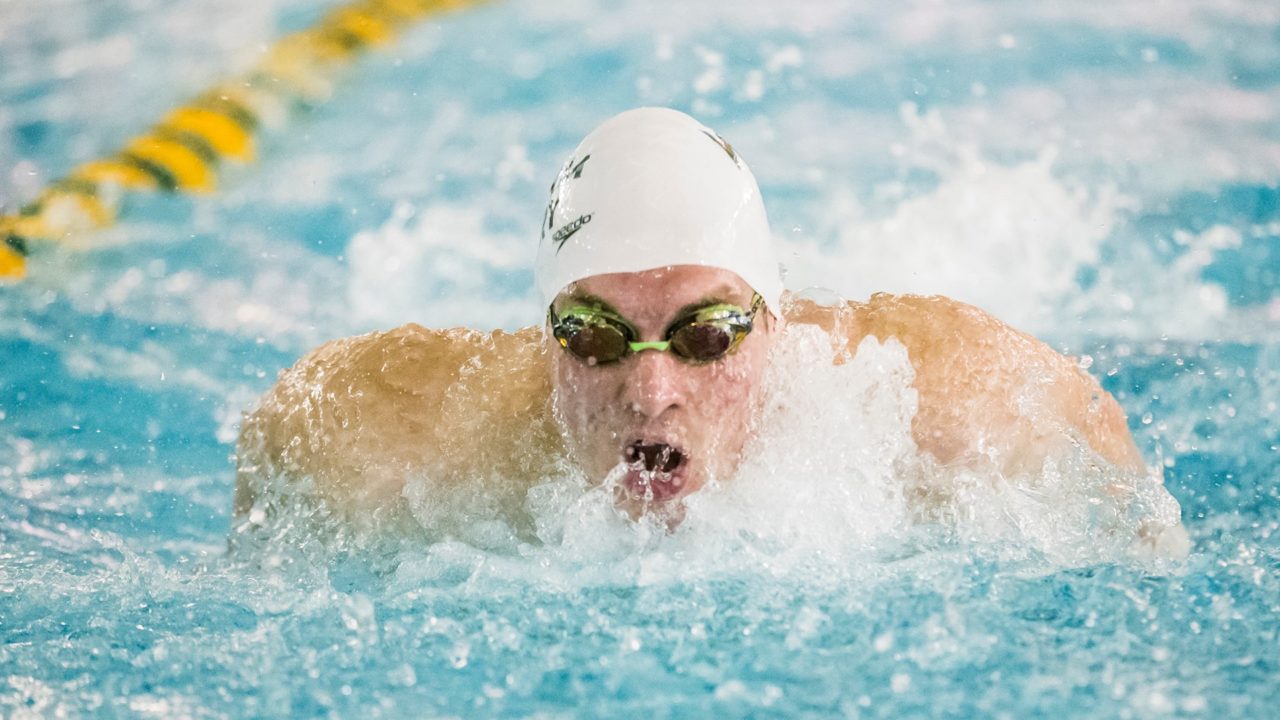 The William & Mary men rallied to beat Towson on the road, 154-134, while the Tiger women outdid the Tribe 169-125 on Saturday. Current photo via William & Mary Athletics

The William & Mary men’s swimming team moved one step closer to a major program record on Saturday, rallying to beat Towson on the road, 154-134.  The Tribe improved to 2-1 on the year and 1-0 in the Colonial Athletic Association, while the Tigers fell to 2-3, 0-1 in conference play.

W&M has now won 14 dual-meets in a row against CAA opponents, one shy of the program record set between February of 1968 and January of 1975.  The current winning streak began on Nov. 2, 2014, with wins over Delaware and UNCW at the CAA Pod Meet that season.

Up Next
William & Mary will have a chance to break the program record for consecutive conference wins next weekend, Nov. 2-3, at the CAA Pod Meet in Harrisonburg, Va.  The Tribe will take on both UNCW and Delaware, with action beginning at 10 a.m. both days in James Madison’s pool.

The Tigers finished with a final score of 134 while the Tribe scored 154.

Up Next
Towson continues its home meets next Saturday, Nov. 2 in Burdick Hall versus UMBC. Diving begins at 10 a.m. and swimming starts at 1 p.m.