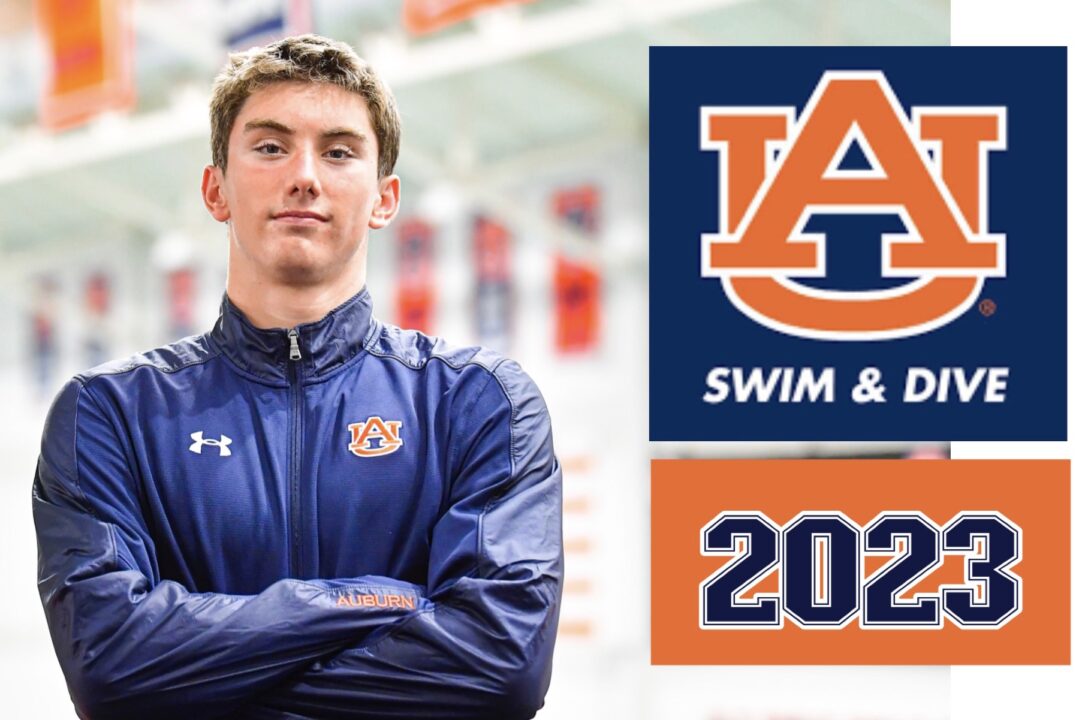 A junior from Sarasota, Florida, Heary has announced that he will be joining the University of Auburn in the fall of 2023.

A high school junior from Sarasota, Florida, William Heary has announced that he will become a Tiger beginning in the fall of 2023 with his commitment to Auburn University. Heary currently swims for Sarasota Tsunami Swim Team and Sarasota High School.

I’m excited to announce my verbal commitment to Auburn University. I like to thank my parents, coaches and friends for helping me along the way. War eagle!

Heary will be joining an Auburn team that is entering its first season under new head coach Ryan Wochomurka. Last season, the team finished 8th at the SEC Conference Championships. The team was led by Reid Mikuta, who qualified for the B-final of the 100 and 200 breast, as well as the C-final of the 200 IM. Mikuta is only a sophomore, giving Heary one years of overlap with him when he arrives on campus.

Since Gary Taylor left the program and was replaced by Wochomurka, the program has seen numerous transfers. This summer Cole Bruns and Nik Eberly, both of whom competed at the 2021 SEC Championships for Auburn, announced that they would be leaving the program.

Three other men have already committed to Auburn for the fall of 2023. Heary will be joined by Avery Henke, Josh Noll, and Andrew Billitto as part of the class of 2027.

Thanks for updating the times!

Hope he brings some strength to a team much in need. Hoping to see Auburn climb back into the game in the coming years. Such an amazing school and historic program. War Eagle!

AU has been irrelevant for years and it will take many more decent swimmers to get them back to the middle of the SEC.

Wonder how good he could be if he swam for a good coach. #Facts

4
0
Reply
The goat
Reply to  Buckeyeboy

What makes his Coach so bad

Thanks KPS! I think this one got lost in the piles. He committed back in October before Billitto. Great recruits for Auburn!