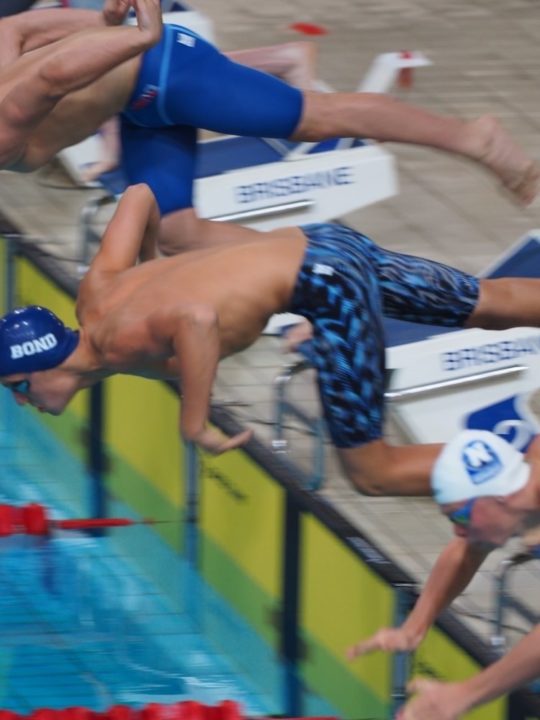 16-year-old Flynn Southam made some noise down under, crushing a new lifetime best in the 100m free while taking over an Ian Thorpe record in the process. Archive photo via Fiona Southam

In addition to Zac Stubblety-Cook’s electric 2:07.00 200m breast performance here at these Queensland Championships, another young man set the pool on fire in an age group race.

16-year-old Flynn Southam, one of SwimSwam’s ‘Stealthy Six’ targeted as a potential disruptor in Paris 2024, hit the fastest 100m freestyle time of his career, establishing a new record in the process.

Touching the wall tonight in a time of 49.42, Southam’s effort dropped .13 from his previous PB of 49.55 from this year’s Australian Age Championships in April.

After establishing himself as the top-seeded swimmer of the morning here at Brisbane Aquatic Centre with a prelims outing of 49.84, the Bond teen Split 24.08/25.34 to clock the 49.42 and set himself up as the new Queensland Age Record holder.

His morning swim already overtook legendary Ian Thorpe‘s Queensland All Comers record for 16-year-olds, which was a time of 49.98 from 1999. Then Southam’s 49.42 took it a step further and overtook the overall Queensland Age Record which stood at 49.70 from Cameron McEvoy in 2011.

Flynn’s performance here tonight keeps him as the 2nd fastest Australian 16-year-old ever in the 100 free, sitting only behind Olympic champion Kyle Chalmers who owns a time of 48.69 from that age.

For additional perspective, Southam would also rank as the 3rd fastest American 15-16-year-old man in history, resting behind leader Caeleb Dressel (49.28) and Destin Lasco (49.40) from when they were the same age.

Two seconds off an Olympic medal, 2.51 off a world record, with 2.5 years until Paris! Should be fun to follow him.