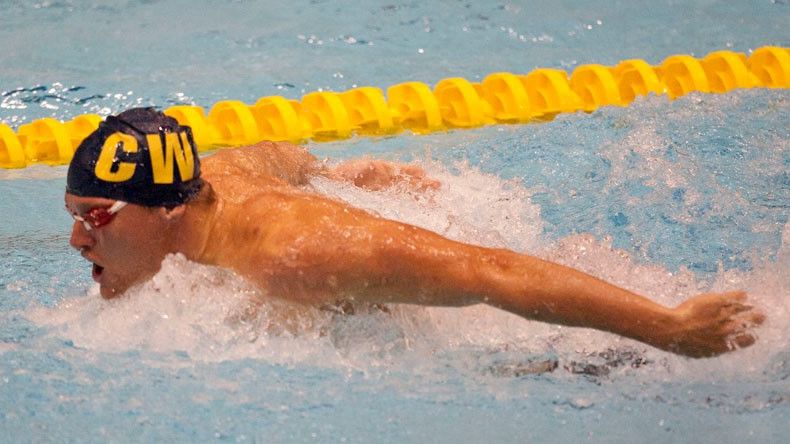 The competitive swimming champions to inspire a new generation of swimmers in their hometown of Metro Detroit. Archive photo via Big Blue Swim School, a SwimSwam partner.

One of the nation’s fastest-growing swim schools shows no signs of slowing down, with Level Five Capital Partners purchasing 27 new locations.

Peter was a member of the United States Olympic team in 2004, 2008, and 2012. He won gold medals in the 800-meter freestyle relay in the 2004 and 2008 Summer Olympics. Individually, he won bronze medals in the 200-meter freestyle at 2008 Summer Olympics and the 400-meter freestyle at the 2012 Summer Olympics. Alex, also a former competitive swimmer and University of Michigan teammate to Peter and Chris, was an NCAA champion in the 400-yard individual medley in 2007 and 2008. He also won a silver medal in the 400-meter individual medley at the 2007 World University Games, as well as the gold medal in the 200-meter IM and the silver medal in the 400-meter IM during the 2009 World University Games.

“The ability to learn how to swim and enjoy the water, which I’ve had most of my life, is incredibly important,” said Peter. “I wish Big Blue had been around when I was a kid — warm, 90-degree water, small class sizes, and well-trained instructors makes for a great learning experience. We are really excited for the opportunity to develop the next generation of young swimmers in our hometown of Detroit through our partnership with Big Blue.”

The ownership team, led by experienced franchisees Jeff and Dawn Schneider, plan to make a splash in metro Detroit with a best-in-class offering for families. In their first franchising venture, the Vanderkaays are joined by friends and former teammates, Andrew Taylor and Randy Lam, who both lead successful swimming careers at the University of Georgia. Andrew and Randy swam alongside the Vanderkaays as teammates of the Oakland Live Y’ers Swim Team in the early to late nineties during their formative swimming years in metro Detroit where they all trained under renowned local coaching legend, Jeff Cooper.

This Michigan-based team of swimming stars joins a growing roster of national swimming athletes involved with Big Blue Swim School. Earlier this year, Tom Dolan, two-time Olympic gold medalist swimmer in the 400-meter Individual Medley, joined Big Blue Swim School to expand and manage pools in Northern Virginia and along the East Coast. “Adding Peter and Alex to the Big Blue family is really great to see. I’m excited to see them bring their passion for swimming to the families of Southeast Michigan through the Big Blue model.”

The Vanderkaays and their partners look forward to tapping into the support and expertise provided by Big Blue. As one of the nation’s fastest-growing swim school franchises, Big Blue offers a great experience for families. From the easy-to-use mobile app that tracks progress to their flexible make-up lesson policy, the model really understands the needs of busy parents,” said Alex. “Big Blue’s professional instructors, proven curriculum, family-centric facilities, and proprietary technology gives parents and franchisees the tools they need to help kids become safer, more-confident swimmers.”

“As competitive swimmers passionate about sharing their love for swimming, this partnership team is sure to bring Big Blue’s best-in-class service to a whole new level,” said DeJong.  “Peter, Alex, Andrew and Randy all have incredible passion for swimming and their expertise and love for the sport make them a perfect addition to the Big Blue team as we continue growing the brand toward our goal of 400 locations nationwide.”

There are currently agreements to develop four locations in Southeast Michigan, and the brand can add another four in the Detroit metropolitan area. Big Blue is also looking for franchise partners who want to make a difference in their communities with a goal of changing the swim-lesson experience for families across the United States.

With 201 franchise locations sold in 22 states, Big Blue is on its way to becoming the premiere learn-to-swim option for families across the country.