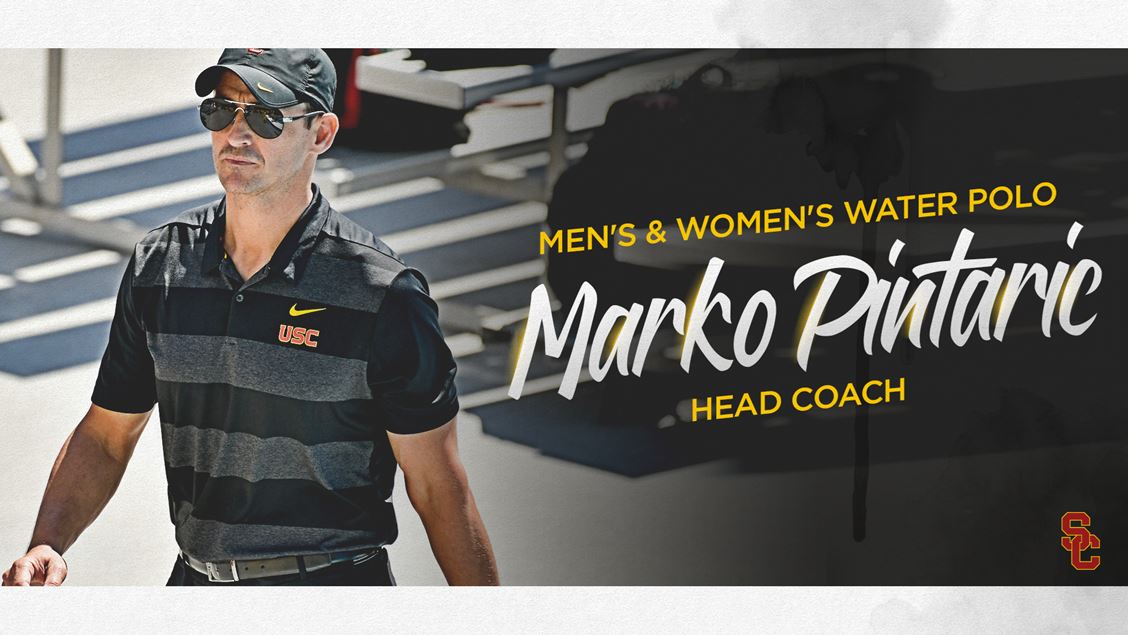 The University of Southern California has officially named the new leader for its nationally-prominent men’s and women’s water polo programs, naming interim men’s head coach and long-time assistant Marko Pintaric as the head coach of both teams.

“After conducting a national coaching search, it was evident that Marko Pintaric is the right person to be the head coach of our men’s and women’s water polo teams,” USC athletic director Lynn Swann said. “We have very talented and historically successful water polo programs at USC and we believe Marko will provide the continuity and stability that those programs need to stay at the top of the collegiate water polo world.”

Pintaric was tabbed as the interim coach in the wake of the college admissions scam, which claimed the jobs of head coach Jovan Vavic and senior associate athletic director Donna Heinel.

Pintaric was co-head coach for the men for three seasons before taking on the interim title and just completed his 18th overall season with the Trojans, including 14 NCAA titles. He was an assistant coach for both the men and the women from 2001 until 2015, then served as an assistant with the men and scouting director with the women until his appointment as interim coach in March. Pintaric also was an All-American for USC, helping the school to the 1998 NCAA Championship.

“This means a lot to me,” Pintaric said. “As a Trojan myself, it’s been a dream to coach at USC, and it’s always been my goal to become a head coach and oversee this program. This is s a very special group of men and women who care about each other and the culture here. It is an honor and a pleasure to coach them.”

“I’m very happy that Casey is staying in our Trojan Family,” Pintaric said of Moon. “He brings tremendous expertise and stability to the program, and he’s a key to our men and women remaining successful.”

The USC men are currently ranked No. 1 in the Collegiate Water Polo Association preseason Top 20 poll. The Trojans won the 2018 national championship, their first title since 2013 and the 10th in school history. The squad returns all but two players from that team, which posted the school’s first ever 30-win season.

On the women’s side, the Trojans followed their own 2018 national championship with a runner-up finish in 2019. USC returns first team All-Americans in Paige Hauschild and Maud Megens, and honorable mention selections in Alejandra Anzar, Denise Mammolito and Kelsey McIntosh.

The men begin their title defense on Sept. 14 on the road against Claremont-Mudd-Scripps. The Trojans are set for an alumni match on Sept. 7.

how many roster sports for celebrities’ kids?