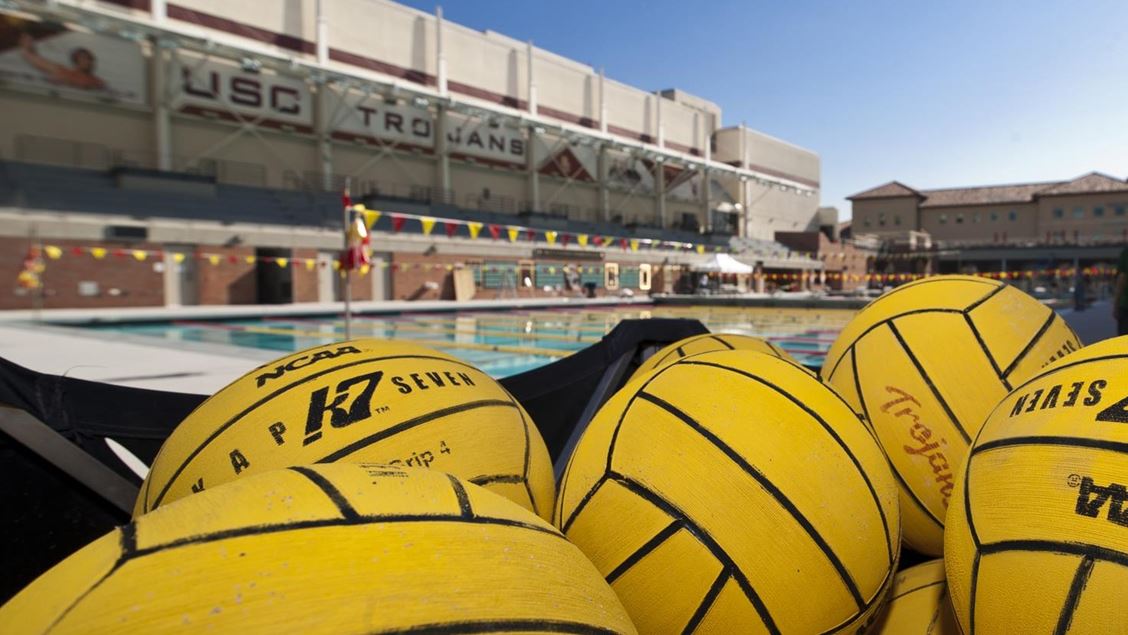 USC was picked to repeat as the NCAA men's water polo champion, receiving 98 points in the preseason Top 20 coaches poll. just ahead of UCLA and Stanford. Current photo via USC Athletics

USC was picked to repeat as the NCAA men’s water polo champion, receiving 98 points in the Collegiate Water Polo Association preseason Top 20 coaches poll. just ahead of UCLA and Stanford, who were tied for second with 92 points.

The Trojans defeated Stanford 14-12 in the 2018 national championship game in December, to claim their first title since 2013 and the 10th in school history (also 2008-2013, 2005, 2003, 1998). USC finished the year 30-3 overall, its first ever 30-win season, and returns nine Al-Americans and all but two players from the 2018 team. USA National Team member Hannes Daube is back after turning in 58 goals as a rookie and earning MPSF Newcomer of the Year nods. Junior Jacob Mercep is back after putting in a team-best 62 goals and being named NCAA Tournament MVP after a five goal effort in the national championship match.

The Cardinal, which wrapped the season at 21-3 and as the MPSF regular season and tournament champions, return 2018 Cutino Award winner Ben Hallock and second leading scorer Bennett Williams. In addition to Hallock’s honor as the top collegiate men’s water polo player, the U.S. National Team member put in a team-high 65 goals as a redshirt sophomore and was tabbed as the ACWPC Division I National Player of the Year and the MPSF Player of the Year. Williams meanwhile put in 62 goals for Stanford as a junior.

UCLA finished 23-5 including a third place effort at the MPSF Tournament and an NCAA semifinal berth. The Bruins return their top scorer in junior Nicolas Saveljic (51) and 11 other members of the 2018 roster.

Cal, which went 18-6 in 2018 and was ranked fourth in the final CWPA poll, checks in at No. 4 in the preseason listing. The Bears return All-Americans Safak Simsek and Bernardo Carelli. Simsek turned in 47 goals, while Carelli recorded 202 saves (10.21 per game) with a 8.99 goals against average.

Pacific and Long Beach round out the Top 5, tied for fifth place with 74 points apiece.

Luke Pavillard and Engin Ege Colak return as All-Americans for Pacific, which posted a 12-12 record. Pavillard put in a Gold Coast Conference best 78 goals, while Colak found the back of the net 66 times.

Long Beach made the NCAA second round in their first postseason appearance since 1991, before falling to UC San Diego to close out a 14-12 campaign. Second Team All-American Austin Stewart and honorable mention All-Americans Marwan Darwish and Garrett Zaan headline the 49er returners. Stewart notched 56 goals in 2018, while Zaan put in 25 scores and Darwish nabbed 167 saves.

UC Santa Barbara and Pepperdine are tied for seventh in the poll, while UC San Diego and UC Davis round out the Top 10.