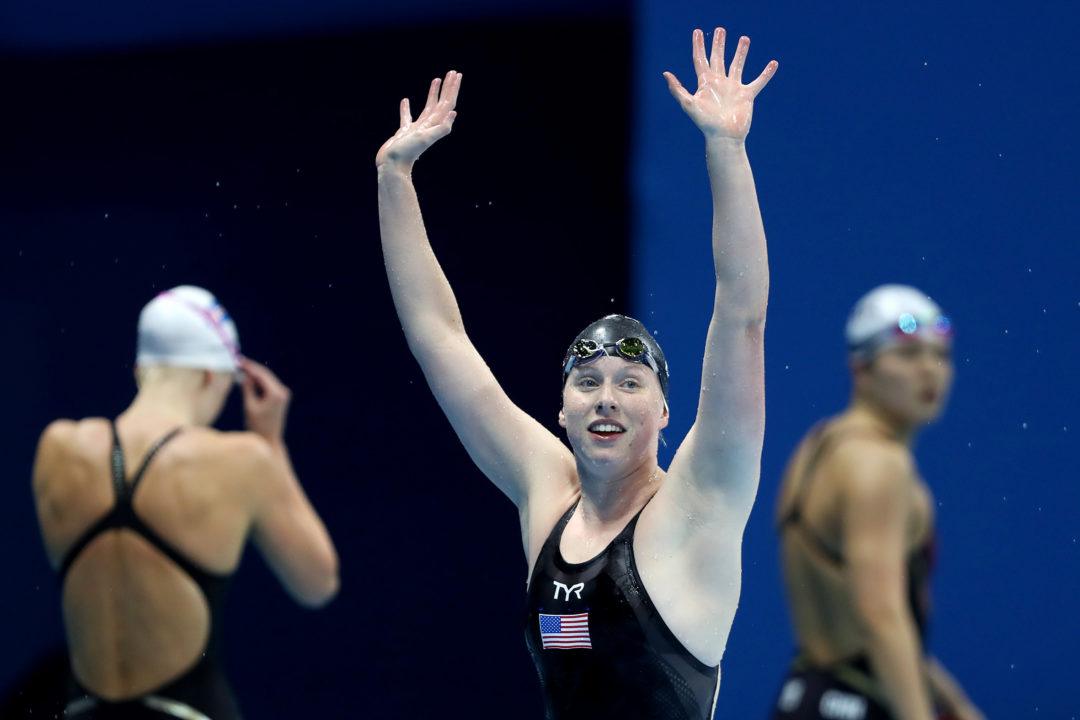 USA Swimming has announced it’s 35-member roster for the upcoming 2016 FINA Short Course World Championships. Team selection was made at the discretion of the U.S. coaches among the qualified swimmers. The meet is set to tak place in Windsor Canada from Tuesday, December 6th to Friday, December 11th.

On the women’s side, Olympic 100 breast champ King and American Record holder Ella Eastin are tied with the most individual event entries: both swimmers are slated to swim 4 individual races. On the men’s side, the highest number of individual entries is 3. Taking on 3 individual swims each are Olympians Pebley, Prenot, and Shields, as well as Michael Andrew, Matt Josa, and Michael Taylor.

Team USA will bring 10 swimmers from the 2016 U.S. Olympic Team on the trip, including several Rio Olympic medalists. The American breaststroke crew will be the deepest, relatively speaking, with 4 of the 6 2016 Olympians included on the roster for Windsor. The only two holdouts from the summer crew are pro swimmers Kevin Cordes and Katie Meili.

The top swimmers in Long Course don’t go to the SCM world championships because they know they would get trashed. In short course, the less you swim the better.

Ryan Hoffer would win all of the events he swam. In short course, the best underwaters win. Too bad USA doesnt want more gold medals…

I like the team. SC worlds is not that much of a big deal so I’m glad to see potentials here. Lots of new names. We need to develop the next generation swimmers, and part of that development is international experience. Please quit the negativity and cheer your #TeamUSA on.

Not the strongest US roster on paper, far from that (Murphy, Manuel, Adrian, Weitzeil, Dressel, Held, Haas, Baker, Smoliga, Meili and of course KL are all absent), but on the other hand who really cares about SCM world championships?
Rio was not so long ago and the next goal is Budapest next year so it’s not so surprising to see biggest US names skip that meet. I can’t blame them at all. The most important is to shine in next LCM worlds, not in December. And most of the names above are collegians so maybe they have something else to do.
At least it will bring international experience to some Americans who lack it.

Ryan Hoffer… *sob* if only…

Off topic a bit I guess,but has Elizabeth Beisel retired?

Yes, think I saw article awhile back on swim swam that she retired.

No? She is just taking a break right now. She said she has plans to train for World Champs in 2017.

Yeah I didn’t think she said anywhere she was retiring.. not sure where you read that

Ahhh I mean if you’re gonna throw a mediocre team together then why not just put Ryan Hoffer on there. At least we get to see Shields’ underwaters. Hopefully he finally takes down Le Clos.