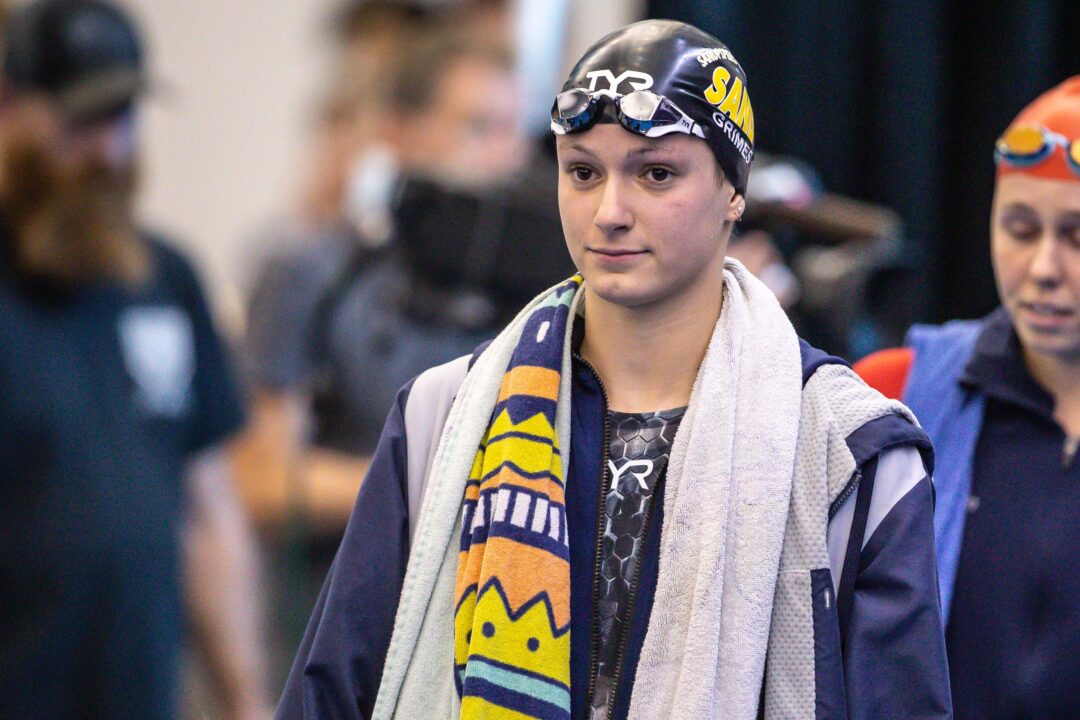 Grimes will be the only American to compete at the 2022 World Championships in the pool and on the Open Water team. Stock photo via Jack Spitser/Spitser Photography

USA Swimming has named the 2022 World Open Water Championships roster for this summer, featuring 9 swimmers who will be competing at Lupa Beach in Budapest. The roster announcement came after this weekend’s FINA Marathon Swim World Series Portugal 10K, which served as the final selection meet for Team USA. Swimmers were selected to the World Championships team based off results from the U.S. Open Water Nationals in April and The Portugal 10K yesterday.

Notably, 16-year-old Katie Grimes was the top American finisher at the Portugal 10K, taking 8th. She’ll be competing in the 10K in Budapest this summer, and thus will be the only Team USA member to compete in both pool and open water events this summer. Joey Tepper out of Tennessee was the top men’s finisher in Portugal, taking 9th.

Also of note, Michael Brinegar and Brennan Gravley are the only veterans on this roster, as the other 7 athletes will be making their FINA World Open Water Championships debut. Grimes, of course, was a member of the U.S. Olympic Team last summer in Tokyo, but these World Championships will mark the youngster’s first senior Open Water team.

Shouts to all the true psychos swimming the 25k.

25K then what? Run 1000 miles! Crazy, but my hat off to those athletes. Humanity has a future. I hope all these swimmers have plenty of kids.

Brinegar back at MVN now that his coach is in China?

Wow, Sandpipers and University of Tennessee (Summer Smith is also a Tennessee swimmer) represent over half the team! Impressive.

Katie is a beast! Love her.! And she seems very nice and humble.