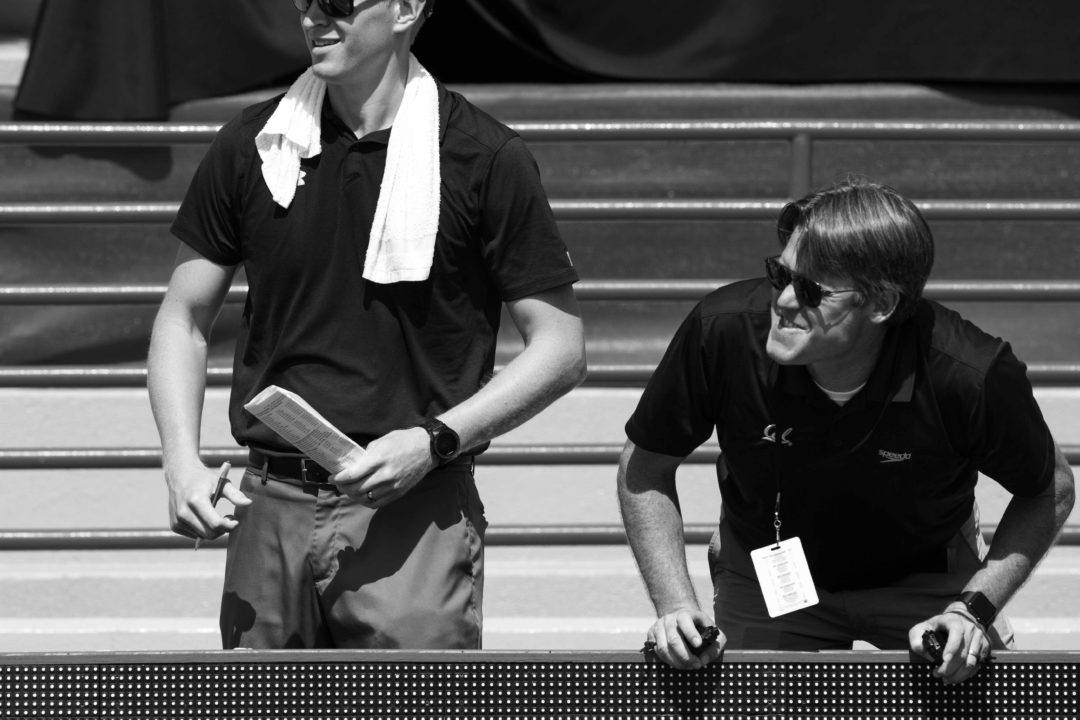 Earlier today, USA Swimming released the names of the 111 athletes who made the 2019-2019 USA National Team, and with that announcement also comes the names of those athletes’ coaches.

Essentially, the head coach of each national team member’s club makes the cut, and the head coach can also nominate the athlete’s primary coach, if it’s someone different.  For example from this year, both Louisville head coach Arthur Albiero and assistant Vlad Polyakov are listed with Zach Harting as their athlete.  Here’s last year’s description of the criteria, which should not have changed substantially.

This year, we counted 83 different individuals who were named as National Team coaches.  You can view the full coaching roster here.

Here are a few of the things that stuck out to us:

The national team coaching list is primarily about recognition, although coaches of athletes who win medals in each year’s “Operation Gold” meet (this year, it was Pan Pacs), are eligible for monetary incentives as well.  You can read more about those here.

Hi All
My daughter is 13 y , she is playing freestyle 50-400 M and I want to improve its position

What is the gender breakdown of coaches?

Coach of the year! Ahhh I guess Durden did alright also

Considering MA ability he’s going to be on the national team
A) as long as MA swims
B) as long as he continues to be his sons primary coach
Hard to see MA not making national team on some event way into his thirty’s.
Probably retire when he’s done unless more swimmers move to usrpt with peter, which is unlikely.

Also noted:
applause going to Kredich and Baurele for not taking credit for athletes they don’t coach.
Yuri also getting scammed by not being on the National team.

Wow… I guess USA Swimming and ASU do not care that Bob Bowman sent inappropriate texts to a swimmer. Shame on USA Swimming (AGAIN) and shame on ASU. They had clearly not learned a thing from the METOO movement. It is about an abuse of power differential, not just sexual assault. Very happy for Allison Schmidt and I think Bob is probably a much better man today than he was in past, but we all have to be held to a standard that merits the value of our athletes.

Ah I see. I think you should be fired from your job and your kids taken from you if we are living by those rules…. Because there is no way in heck that you have gone your entire life without saying something inappropriate to someone of the opposite sex without written permission that you were allowed to do so before hand :D.

So, Allison should be left off the national team for something Bowman did several years ago?

Kinda sad that Hawke doesn’t get any credit for Zapple considering he was there for what 4/5 of the year?

I think more than 4/5ths. He was only at Indiana for 5-6 weeks prior to Nationals.

My bad— I saw Westphal and Looze getting credit for him and hadn’t heard of USA swimming adding a third coach.

He’s on the coaching national team…?