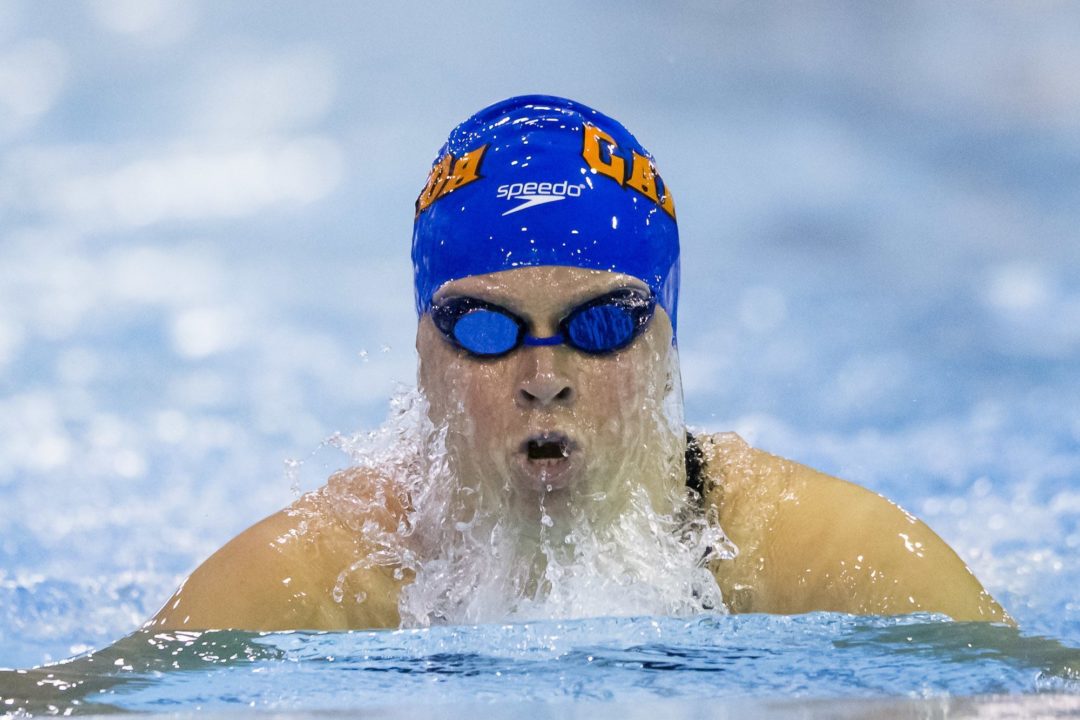 Elizabeth Beisel is the defending Olympic silver medalist, and our experts think the hands-down favorite in Indy. (Photo: Tim Binning/TheSwimPictures.com)

Behind the 200 m butterfly, the 400 m IM is one of the most grueling events in which a swimmer can compete. This is what makes it one of the most interesting to watch, though. To find swimmers who can swim each of the four strokes is one thing, but to find swimmers that can not only can swim the four strokes, but can COMPETE and RACE in them, all the while making it look effortless? That’s a whole different story. The US is lucky enough to have a number of women who can both COMPETE and RACE in this event.

Elizabeth Beisel is an easily recognized name when it comes to the 400 m IM. In 2008, at just 15 years old, Beisel came in second at Omaha with a time of 4:32.87 behind Katie Hoff. Though she was the youngest member of the 2008 Olympic team, Beisel brought home 4th place in a 4:34.24. This past year in London, she brought home a silver medal and a best time of 4:31.27. Beisel finished second behind China’s Ye Shiwen, who finished in 4:28.46. Shiwen’s final 50m raised eyebrows, while the 16-year-old raced a 50m freestyle leg faster than Olympian Ryan Lochte. She was issued a drug test, and came back clean. The girl is just a natural beast. In Santa Clara, Beisel posted a time of 4:46.60, while in Charlotte she went 4:41.30. Though she seems way off from her times in 2012, hope is not lost. Remember, the taper may be completely different for World’s than it was for the Grand Prix series. I’m expecting drops in time for Beisel not only at World’s trials, but also at World’s (of course).

Touching behind Beisel at the 2012 Trials in Omaha at 4:34.48 was Caitlin Leverenz. Leverenz just missed the 2008 Olympic team, finishing fourth at trials behind Hoff, Beisel, and Julia Smit. In London, she tied for 6th with Aussie Stephanie Rice (4:35.49). In the 200 m IM, Leverenz brought home a bronze medal. Back in March, she was named the Pac-12 Women’s Swimming and Diving Scholar-Athlete of the Year. While the 200 m IM is Leverenz’s strong event, she certainly can race the distance as well. At this past Santa Clara Grand Prix, Leverenz posted a 4:40.05, which is not unrealistically far from her bests. With her determination and desire to race, we could easily be seeing major time drops at Trials.

Another name to keep fresh in mind is Becca Mann. The 15-year-old from Clearwater Aquatics took second in the women’s overall at the Grand Prix with points, behind Missy Franklin, who had 103 points. At the 2012 Omaha time trials, Mann placed 5th with a time of 4:41.61. In Orlando, she won the 400 m IM with a time of 4:41.24. Mann is very strong when it comes to maintaining her splits during this event, aside from going out for the early lead in the butterfly, and bringing it home in the freestyle. I think that her training and extra endurance from Open Water swimming will continue to play to her advantage in this event.

Kylie Stewart, the 16-year-old Dynamo swimmer, took third in Orlando, with a time of 4:52.08. She’s dropped about four seconds from Omaha, where she was 65th (4:56.32). With the right hype, we could be seeing another drop from her.

Celina Li, future team mate of Missy Franklin for the University of Cal, Berkeley, has also proven that she should be watched in these upcoming weeks. In Omaha, Li placed 16th in 4:48.59. From that, she’s dropped almost 2 more seconds in Santa Clara, posting a 4:46.66.  Though Li seems to be stronger in the 200m IM (she finished 6th in Omaha, and has only continued to get stronger) she can definitely race this swim.

Georgia Bulldog Amber McDermott is another interesting swimmer to watch at Trials. Along with the 400 IM, she also swims a lot of distance freestyle. In her 2011-2012 season, McDermott finished 5th in the 1650, 2nd in the 500, and 13th in the 400 IM at NCAA Championships. Not only that, but the 400 IM is the only stroke event that she qualified to swim in Omaha, the rest of her qualified events being freestyle. She went on to finish 10th in Omaha in the IM, posting a 4:44.86. At the Grand Prix series, McDermott took second behind Beisel in Charlotte (4:44.26), and eighth in Santa Clara (4:51.47).

Andie Taylor is another one to look out for. In May, Taylor took second at the Speedo Grand Challenge with a 4:43.85. Later in Santa Clara, she came back and dropped a little more than a second, clocking in at 4:42.32. These are both major drops for Taylor from Omaha, where she was 4:53.31. Her splits in Santa Clara were phenomenal, but she seemed to lose her ground on the breaststroke leg, where Beisel took off. If she can just quicken that up ever so slightly, there is no doubt that she’ll drop even more at World’s.

A swimmer with a phenomenal breatstroke leg of the 400 IM is North Baltimore’s Annie Zhu. In fact, in Santa Clara, her breaststroke leg was second fastest only behind Beisel (Zhu’s 39.83/40.58 to Beisel’s 38.21/39.00). This Georgia Bulldog took home sixth with a time of 4:48.53, which was about a 3-second drop from prelims earlier that day. While Zhu has stayed pretty consistent with her Omaha time (4:48.82), she could have another breakout swim from her.

Kathleen Baker is yet another 16-year-old contender in this race. Though she only competed in the 200 IM at Omaha, finishing 23rd, she has proven that she deserves to be watched in the longer event as well. In Charlotte, she dropped from a 4:50.62 prelim swim to a 4:47.61 swim in finals. She ultimately took fourth behind Beisel, McDermott, and Zeiger, but she gave them a good race.

This World’s could be the year that we see some great swims emerging from this younger group. The Olympic veterans (Beisel and Leverenz) should be ready.

Full top 8 predictions, plus darkhorses, are below. Times are each swimmer’s best result from 2010 through 2013.

Poor Maya DiRado – the most underrated swimmer! She is my pick for the second spot.

“Behind the 200 m butterfly, the 400 m IM is one of the most grueling events in which a swimmer can compete.”?I would say 400im is the hardest swimming event; changing strokes, turns, pacing, breathing, double the distance and far too much breaststroke!!

How can you not even mention Maya Dirado? She does currently have the fastest time for an american this year.