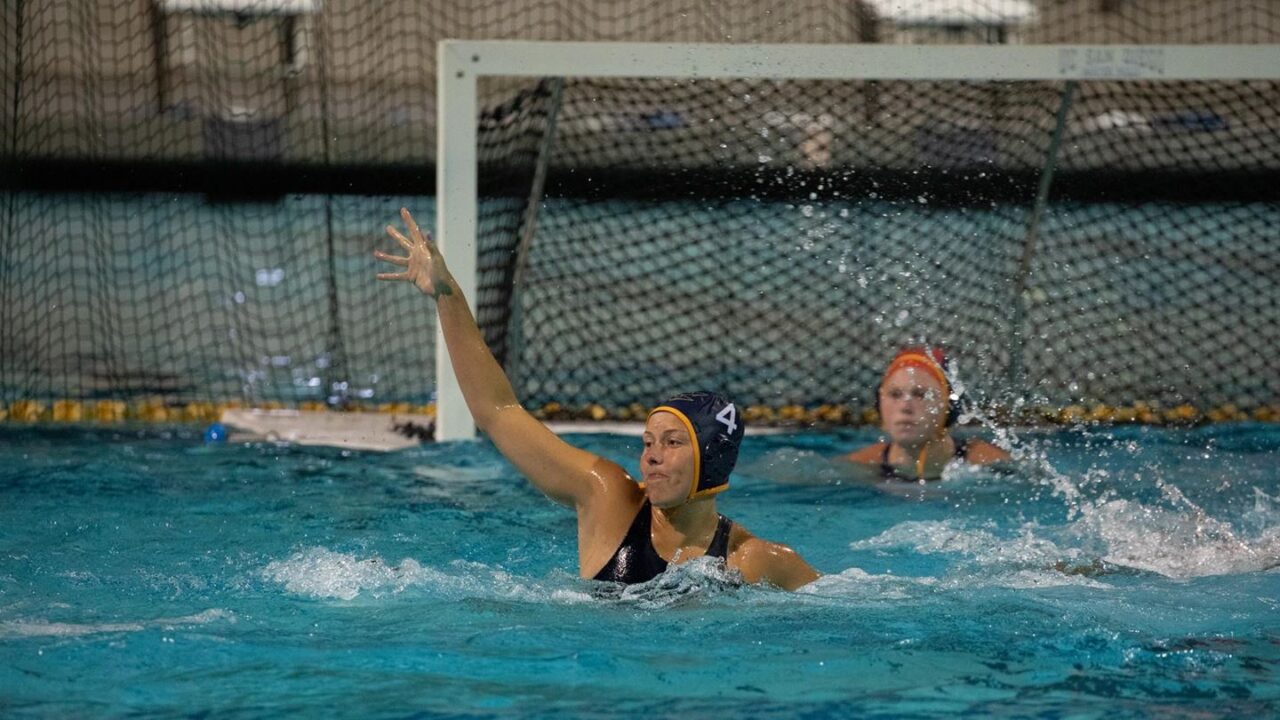 The Tritons look to stay undefeated in the conference and build upon their three game win streak. Current photo via Scott Flanders

LA JOLLA, Calif. – The No. T-8 UC San Diego women’s water polo team will travel to UC Davis to play a pair of games on Saturday, April 10. The Tritons look to stay undefeated in the conference and build upon their three game win streak.

ATTENDING THE GAMES
Per the current COVID-19 guidelines set by the state of California, the County of San Diego and the Big West Conference, fans are not permitted to attend home games at Canyonview Aquatic Center. For more information on UC San Diego ticket policies, visit UCSDTritons.com/tickets.

COVERING THE TRITONS
Media members wishing to cover a UC San Diego game in-person at Canyonview Aquatic Center this season must notify a member of the Athletics Communication staff no later than 24 hours before start of a contest. All media members will need to complete a UC San Diego symptom screening form on the day of game prior to arriving on campus.

LAST TIME OUT
The Tritons won a pair of games against UC Santa Barbara on March 26 and 27. In game one, Ciara Franke scored the golden goal in sudden death overtime to seal the victory for the Tritons. Game two almost went to overtime, but a last second goal from Annika Arroyo iced the game.

SIZING UP THE AGGIES
The Aggies are 8-4 on the season and 2-1 in Big West action. Three of their four losses were decided by two or fewer goals. Noelle Wijnbelt has led the conference in scoring with 24 goals. Since 2006, the Tritons are 3-13 against the Aggies and have not played them since 2018. UC San Diego will be looking for its first win against them since 2013.

100 GOALS CLUB
Grace Pevehouse (152) and Ciara Franke (136) have scored over 100 goals in their careers. Next closest player is Jessee Ransone with 67.

HEAD COACH BRAD KREUTZKAMP
Kreutzkamp is in his 12th season as Head Coach of the women’s team. He has a career record of 242-165. With four more wins, he will overtake Denny Harper as winningest coach in program history.

New episodes of Tritoncast are available each week on the most popular podcasting apps, including Amazon Music, Apple Podcasts, Audible, iHeartRadio, Spotify, Stitcher, and TuneIn. In addition, each episode can be heard and downloaded on UCSDTritons.com. For individual show information and listen links, follow Tritoncast on Twitter @Tritoncast.

FOR THE YOUNGER CROWD
Got some young Triton fans in your family? If they are eighth grade or under, check out the Junior Triton Club. Membership includes a free t-shirt, admission to over 100 UC San Diego home athletic events, and much more!

GEAR
For the latest Triton apparel and accessories, visit the official team store of the Tritons here.