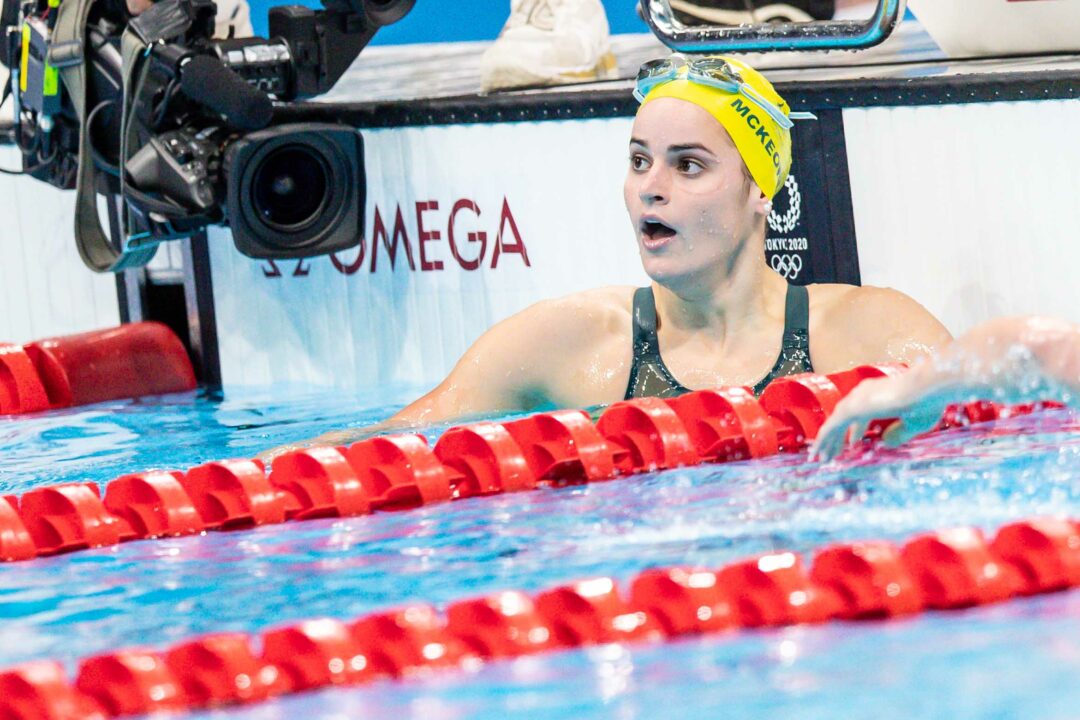 In case you missed any of the NSW Championships action, we've got you covered with our round-up of the top swimmers from the Aussie meet. Archive photo via Jack Spitser/Spitser Photography

The 2022 New South Wales State Open Championships took place over the weekend with megastars to the tune of Ariarne Titmus, Kaylee McKeown and Mitch Larkin among the racers.

In case you missed our in-depth daily coverage, you can refresh yourself via the recap links above, as well as review the key takeaway swims from the 3-day affair below.

Top Swimmers from NSWs in No Particular Order

Ariarne Titmus – Multi-Olympic gold medalist Titmus wreaked some major havoc across this competition, rattling the world rankings along the way. The 21-year-old St. Peters Western star busted out head-turning swims including 1:54.66 in the 200m free, 4:00.03 in the 400m free, and 8:18.59 in the 800m free, proving she is back to form with the 2022 Budapest World Championships on the horizon.

Shayna Jack – From St. Peters Western, Jack is racking up the meters since coming off her doping suspension which started in 2019. Fueled by a determination to rectify her ban which left her out that year’s World Championships, as well as the 2020 Olympic Games, the 23-year-old Jack posted times of 24.53 in the 50m free and 53.13 in the 100m free to beat the field and claim gold across both events. She is looking primed to vie for both individual and relay spots on the nation’s elite international rosters.

Elijah Winnington – The versatile ace was also someone who made some noise over the weekend, reaping gold across the 200m free (1:47.19), 400m free (3:47.05) and 800m free (7:57.86).  The 200m and 800m fell on the same night of competition which meant the 21-year-old had a tough double that evening. The longer distance’s effort checked in as the 4th fastest of his still-evolving career and was enough to beat out fellow Olympian Mack Horton by nearly 10 seconds.