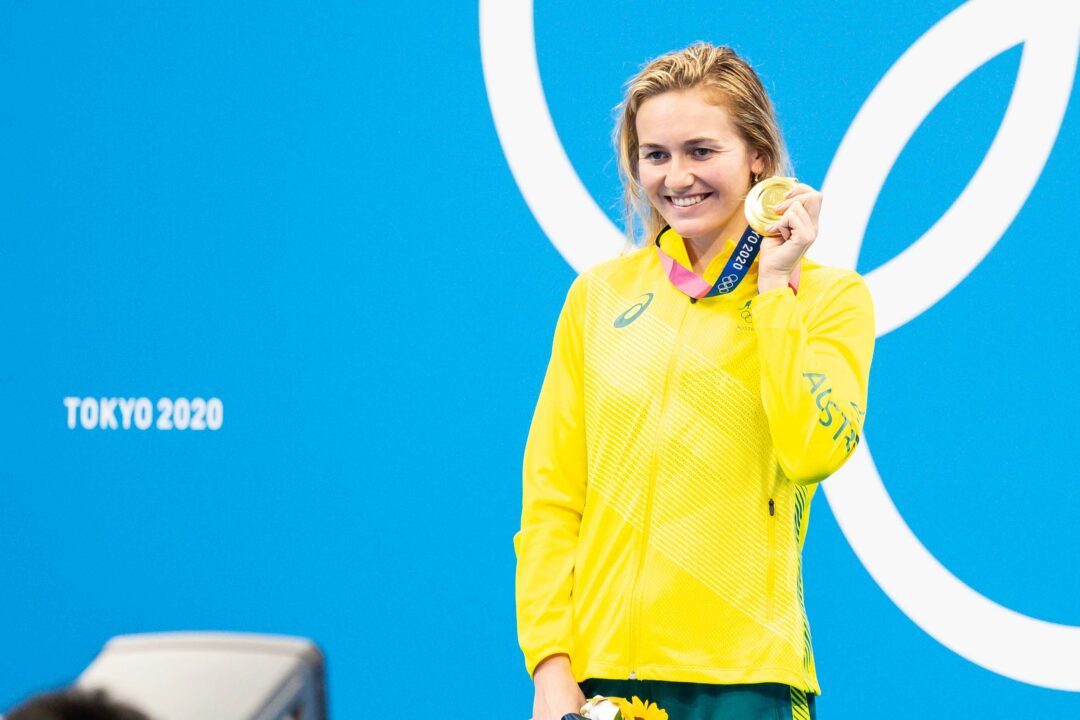 Olympic champion Ariarne Titmus is among the headliners making their way to the 2022 New South Wales State Open Championships which begin on March 4th. Archive photo via Jack Spitser/Spitser Photography

Official start lists have been released for the upcoming 2022 New South Wales State Open Championships, slated for early March. Multiple Olympians and national record holders are among the attendees, giving us a glimpse into where these elite athletes are in their training at this point.

Bound for Sydney Olympic Park Aquatic Centre, these championships are positioned as an opportunity to establish baselines with the sole Swimming Australia Trials meet for the Commonwealth Games and Budapest World Championships on the horizon.

Jack is still racking up the meters since having been allowed to return to competition post-suspension. The 23-year-old freestyle had competed already at the Queensland Championships last December where she put up quality swims in striking distance of her career quickest.

Olympic champion Zac Stubblety-Cook is another big draw at these NSW Championships, with the national record holder vying for a sweep of the 50m/100m/200m breaststroke.

Stubblety-Cook has already demonstrated he has no signs of slowing down since taking the 200m breast title in Tokyo last year. At the aforementioned Queensland Championships, the 23-year-old put up a mark of 2:07.00 in the same event.

Another racer with no let-up since Tokyo is Kaylee McKeown. The versatile 20-year-old is following up an already tremendous performance at the Victorian Open. McKeown logged a 200m back outing of 2:04.64, faster than what it took her to win gold in Tokyo.

Shayna did 53.9 in heats today

Chalmers said in an interview the other day that he’s targeting Comm Games this year and will most likely skip the Doha 2024 WCs.

Most from several countries will probably skip Doha 2024. Can’t blame them either. If you’re wanting to win a world title, it’ll be easy pickings at that one compared to the others.

Only proviso is that Doha 2024 I imagine will be the relay qualification for Paris 2024… and a good chance at posting an Olympic qualifier in individual events.

That may actually be a “get out of jail” card for FINA should they see evidence of most leading swimmers looking for “leave passes” for that meet.

Make it the “last chance saloon” for relay qualifications and/or making it a “pre-qualifying” meet for smaller nations.

If FINA wants to force athletes to go, that would be the way to do it.

Like seeing O’Callaghan in the 200 Backstroke. I think that can be her absolute best event, especially based on her 2FR endurance and 58 100 Back speed.

I’m excited to see what Mollie can do. She’s great at quite a few events but unfortunately they’re all basically the most competitive for the women currently.

Interesting to see how she develops. She made huge grounds in 200 free from Trails to Olympics.

Will be interesting to se what path her progression may take ? Will it see one stroke “plateau” whilst the other progresses ? Will potential retirements play a part in shaping her direction ?

All factors potentially in play; none with clear answers as yet.

I think it was Mooney that said last year that she doesn’t like the 400 IM which I guess isn’t too surprising.

I wonder if NSW will be sending any swimmers ?

Yes. We’re all thinking it. Many go to Queensland to go to the next level. Been like this for two decades now.

Great lineup….this will be interesting!

I think it will be fast!