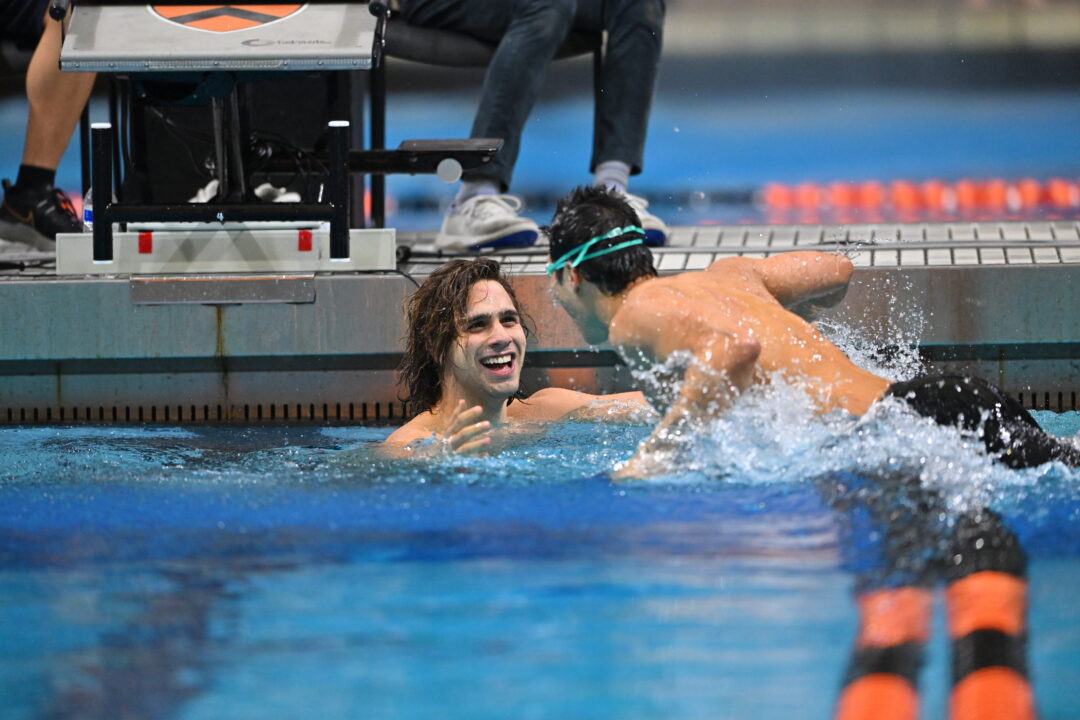 Demirkan Demir of Columbia won the 100 breast title Friday night and is seeded second in the 200 breast on Saturday at 2022 Ivy League Men's Championships. Current photo via Greg Carroccio/Ivy League

Harvard has all but wrapped up its fifth consecutive Ivy League men’s championship, securing 21 finals spots for tonight, including 14 top-8 seedings. Penn and Yale also put 21 swimmers and divers into scoring positions, while Princeton came away with 19. The Tigers, however, nabbed 11 top-8 slots and will remain unchallenged at second place.

Penn seems to be a shoo-in for third place, while Brown and Columbia are in a tight battle for fourth, separated by only 1.5 points in our projections.