Top 10 Female Swimmers To Watch At the 2019 Summer Universiade 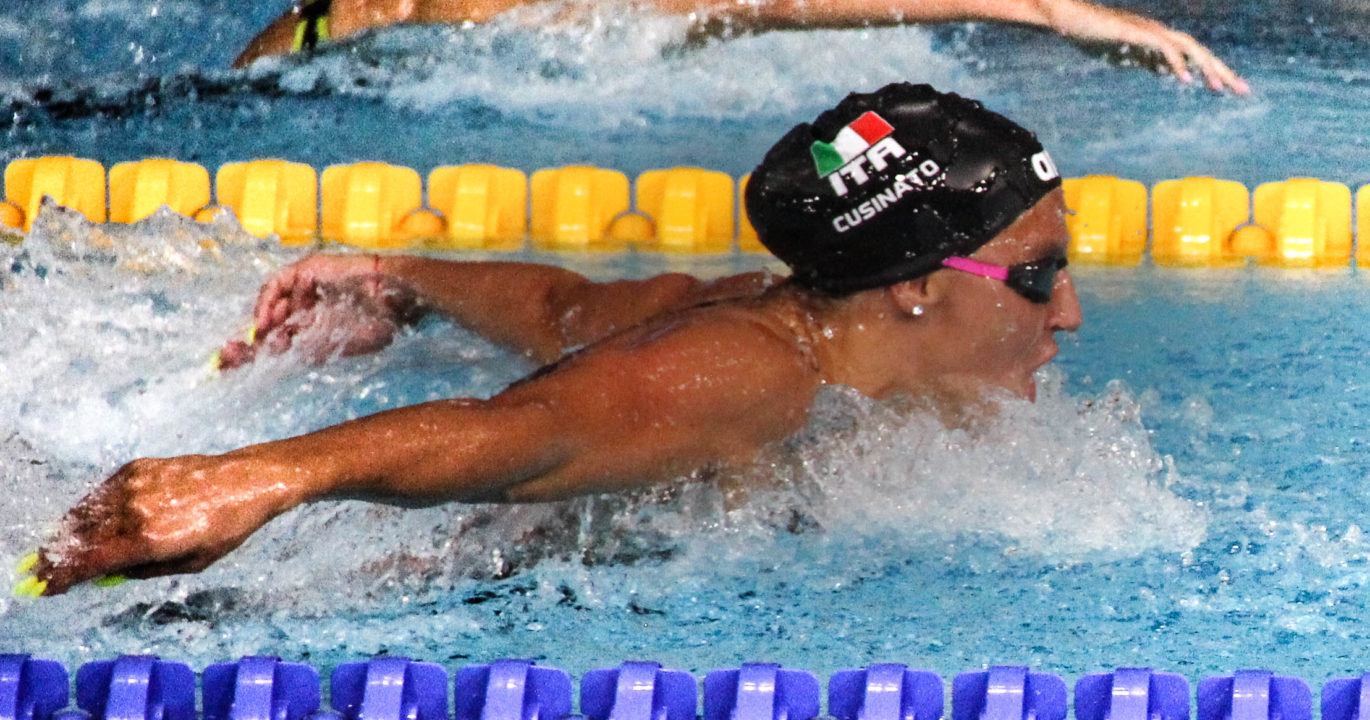 The 2019 Summer Universiade/World University Games have pulled some big names - and should actually pit some of the biggest against each other head-to-head. Archive photo via Giusy Cisale swimswam.com 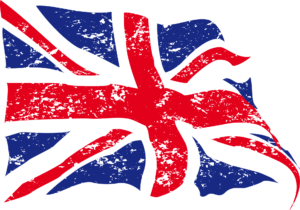 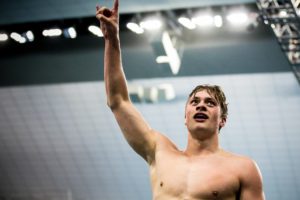 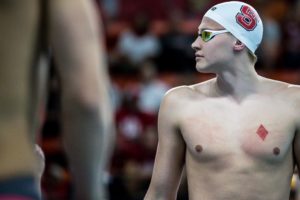 The 2019 Summer Universiade (also known as the World University Games) has pulled some big names – and should actually pit some of its biggest against each other head-to-head. Chalk that up as a win for swimming fans, who will get to see some true clashes of titans (and potential/likely 2020 Olympians) even as most nations hold back their top travel rosters for the World Championships later this summer.

Nowhere is that more evident than in the women’s 200 IM, where 2016 Short Course Worlds runner-up Ella Eastin will battle with 2018 European Champs runner-up Ilaria Cusinato. They head our list of the top 10 women to watch out for this week in Naples.

The 19-year-old Cusinato stormed onto the world stage last summer, winning silver medals at the European Championships in both the 200 and 400 IMs. She finished the year ranked 3rd in the world in the latter event, and just outside the top 10 in the former.

Cusinato hit some adversity earlier this year, though. Despite winning Italy’s national title by nearly two full seconds in the 200 IM and nearly five seconds in the 400 IM, Cusinato missed the Italian World Champs selection times by a tenth in both events. That temporarily left her off the Italian World Champs roster despite being a potential medalist, though the country ultimately chose to add her to the team late. Still, she’ll enter World University Games as the top 400 IM seed and the second 200 IM seed. She’s also a medal contender in the 200 fly, where she’s the fifth seed.

Eastin is one of the top IMers in the United States, coming off a dominant college career for the Stanford Cardinal. She’s also a former World Champs silver medalist in short course meters (2016) and won a gold and two silvers at the last edition of the Summer Universiade in 2017.

Eastin has had back-to-back summers with high-profile disappointment. In 2017, she was the U.S. Nationals runner-up in the 400 IM and looked to be on her way to the World Championships, but a controversial DQ bumped her from that squad (and prevented her from swimming the event at World University Games, too). She still won the 200 fly and finished second in the 200 IM at WUGs that year. Then last summer, Eastin came down with mono a few weeks out of U.S. Nationals and was forced to scratch most of her events. She loaded up for the 200 IM and scraped out a gutsy Universiade qualification. This summer, she’ll look to finally break through the cloud of adversity that’s followed her in long course. She’s the top 200 IM seed and that’s her only event entry, though it’s possible she could work her way onto a prelims or finals 4×200 free relay spot if she’s really swimming well.

Easily the biggest name in attendance, Watanabe is not only a defending World University Games champ, she’s also a former world champion. The Japanese breaststroker won World Champs gold in the 200 breast in 2015 and has been winning major international medals since 2011. She was a World Junior champ in 2011, an Olympian in 2012 and 2016, an Asian Games champ in 2014 and 2018 and won the 100 breast, 200 breast and 4×100 medley relay at the 2017 World University Games.

Watanabe has so far been left off of Japan’s World Championships roster despite putting up the nation’s fastest time this year in the 200 breast (2:23.65). It’s possible she could be a late addition and swim both Worlds and World University Games, but for now, she’ll come in as the top seed in the women’s 100 and 200 breaststrokes.

21-year-old Tatjana Schoenmaker is part of a rising class of young South African women making big waves internationally. She swept the Commonwealth Games golds in the 100 and 200 breaststrokes last summer, besting a number of top Canadian and British breaststrokers. She also finished the 2017-2018 season ranked #4 worldwide in the 200 breast and #10 worldwide in the 100 breast. She’s the African record-holder in all three breaststrokes and will swim all three at the Universiade this week. It’s great luck for swimming fans that she’ll get to match up with Watanabe in what should be two stellar breaststroke battles.

18-year-old Waka Kobori is another of Japan’s top swimmers competing at World University Games. Kobori is the top seed in the 800 and 1500 frees – and she’s coming off of bronze medals in both races at last summer’s Asian Games. She beat all contenders at that meet besides China’s stellar distance duo (Wang Jianjiahe and Li Bingjie), who are legitimate Worlds medal threats. She could challenge Japan’s national records in distance free this week, with entries in the 400, 800 and 1500 frees.

There is a huge contingent of young female backstrokers coming up through the American system right now, and they’ll be well represented at international meets this summer. World Junior record-holder Regan Smith is on the senior World Champs team, and Isabelle Stadden, Phoebe Bacon and Alex Walsh are on the Pan American Games team. The World University Games team will feature 18-year-old Katharine Berkoff, who qualified for the team in the 50 and 100 backstrokes. She’s the top seed into the meet in the 100 back and third in the 50 back.

Charlotte Atkinson was a British World Champs team member in 2017, but just missed that team in 2019. She’s the top seed by a pretty wide margin in the 100 fly – that’s the race that earned her a medal at last summer’s European Championships. Atkinson swam butterfly on the prelims team in the mixed 4×100 medley relay which went on to win gold. Atkinson, 22, is entered in all three butterfly events in Naples, and sits 4th in the 200 fly along with 1st in the 100 fly.

Gabby DeLoof was one of the breakout stars for Team USA last summer. She’ll swim on the World Championships roster as part of the 800 free relay, but gets individual cracks at the 100 and 200 frees in Naples this week. She’s the top 200 free seed by almost two seconds, and sits second in the 100 free to teammate Veronica Burchill. DeLoof will hope to lead gold/silver sweeps in both races (Paige Madden is the #2 seed in the 200 free) and will also be the key piece of USA Swimming’s free relays, which could only earn silver and bronze on the women’s side at the last edition of the Summer Universiade.

The chief threat to Kobori in the women’s distances is Stanford’s Megan Byrnes, who is the #2 seed in both the 800 and 1500 frees. Byrnes is a training partner of world record-holder Katie Ledecky, and has steadily improved while training alongside Ledecky in Stanford’s loaded distance group. Her mile, in particular, dropped ten seconds from 16:28 to 16:18 last year, so she could be primed for a couple of big swims over the next week.

No entry for the American women in the 4x100m medley. Surely an error on someones behalf.