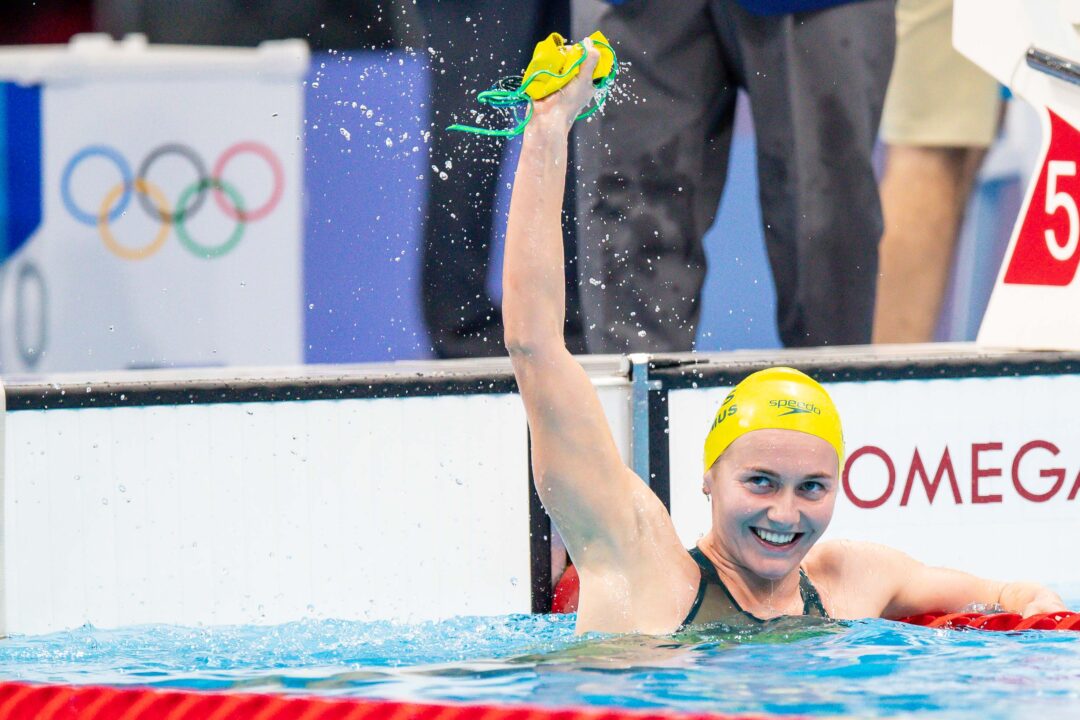 Despite there being no Katie Ledecky in the pool for another thrilling 400 free battle, McIntosh just may be able to push Titmus harder than we would expect. Stock photo via Jack Spitser/Spitser Photography

The final prelims session of the 2022 Commonwealth Games is nearly here. The Wednesday morning session will be a short one, featuring only prelims of the men’s 200 IM, women’s 400 free, and men’s 4×100 medley relay.

Canada’s roster took quite a hit in the weeks leading up to these championships, however it looks as though they may be able to end on a high note here on the final day. Sarting with the men’s 200 IM, the Canadian duo of Finlay Knox and Javier Acevedo is a formidable one. We’ll all but certainly see both men in the final, but it wouldn’t be terribly surprising to see Canada grab at least one medal in that event.

Canada also of course has Summer McIntosh in the women’s 40o free. Unlike the 400 IM, victory is FAR from guaranteed in this event, as she’ll be going up against World Record holder Ariarne Titmus. Nonetheless, McIntosh has been in excellent form at the Games, and she’s the only other swimmer in the field to have been under 4:00. Despite there being no Katie Ledecky in the pool for another thrilling 400 free battle, McIntosh just may be able to push Titmus harder than we would expect. It ought to be a fun race to fill out the final medal as well, as Australians Kiah Melverton and Lani Pallister, as well as New Zealand’s Erika Fairweather, are all seeded at 4:02/4:03.

Scotland’s Duncan Scott and England’s Tom Dean are also well set up in the men’s 200 IM, while the likes of Lewis Clareburt (New Zealand) and Matt Sates (South Africa) could very easily make some noise as well.

Coming into the meet, Australia, England, and Canada are all tightly bunched in the men’s 4×100 medley relay.

Ahhhh, tonight will be epic!!!!

With how fast Titmus was in the 4×2 relay and the 800, I don’t see summer beating her at all but it’ll still be a fun race

I think Summer will be similar to Worlds. Would be odd for her to be faster given 400 free was her first event at worlds and it’s her last event here.

Titmus may be tired from 2 800s yesterday so I don’t expect her to be near her WR but it really shouldn’t be close unless Titmus is way off.

Titmus doesn’t seem overly tired or concerned. On her Instagram she posted 3 down 1 to go and above in the Instagram stories she eagerly said it’s finally time for the 400.

I think the pressure really took a toll on her in Tokyo. Not necessarily in her individual events, but by the time she got to the relay she was exhausted from the pressure followed by the excitement of winning followed by the realisation of what that meant for the future.

I think the pressure is way less here so she is probably relaxing and sleeping way better than she was in Tokyo.

I hope I’m wrong but I’m not sure that Summer can match/exceed her 3:59 performance at the WC. That was her first event whereas this is her last. The scheduling impact is quite apparent if you compare the difference in her 400 IM times at the WC (last event) vs here (1st event).

If Summer can drop below 3:59 this gets very interesting given her rest advantage. I expect Titmus to barely do enough in the heat. I hope the two of them aren’t separated by several lanes, like Tokyo where Titmus similarly took it easy in the 800 heat and ended up 3 lanes removed from Ledecky in the final.

In the final the reference point is 1:56.99. That was Titmus’ bold atypical tactic midway and it produced enough margin for error to claim the world record. I don’t expect that type of strategy here, given last event of the meet as opposed to first event. At worlds Ledecky was 1:57.11 to Summer’s 1:58.03. The problem for Titmus if she doesn’t… Read more »

Toss-up. But given Titmus’ flat year-over-year times thus far in her two individual events, this meet has shown nothing about any supposed “improvement” or “shifts” in Titmus’ training or abilities she spoke of prior to the meet. That sort of bodes well for those tipping McIntosh to beat Titmus.

Titmus will win it easily and break the world record again.