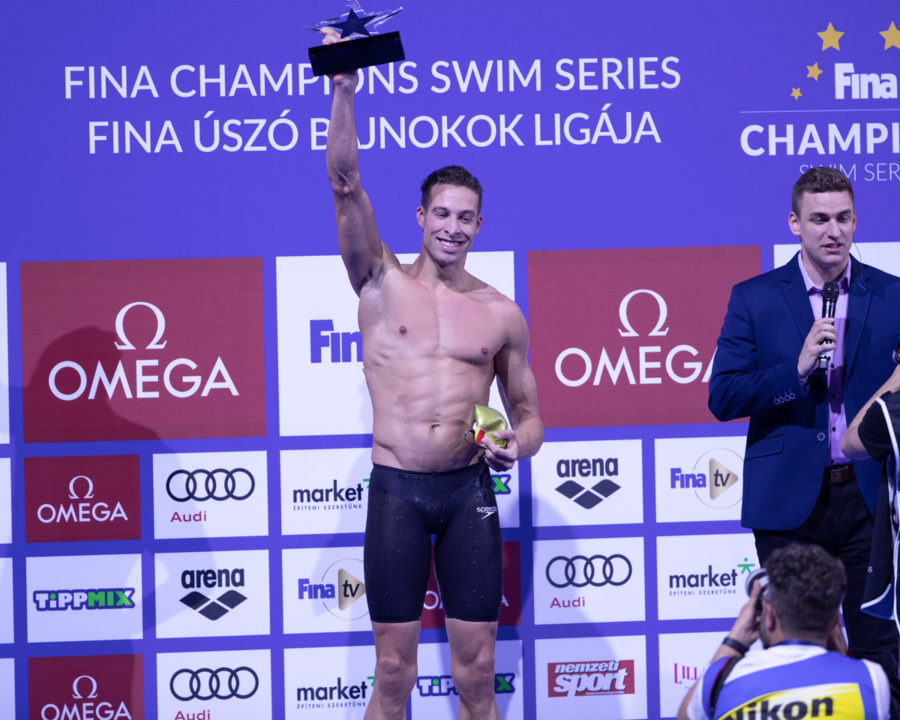 The Belgian Swimming Federation has announced its lineup of swimmers headed to Gwangju, Korea for this summer's World Championships. Archive photo via “Rafael/Domeyko Photography”

The Belgian Swimming Federation has announced its lineup of swimmers headed to Gwangju, Korea for this summer’s World Championships.

A roster of 4 women and 7 men will contest individual events, while just the men will see relay action in the form of the 4x100m and 4x200m freestyle relays. Additionally, just one male open water swimmer qualified for Gwangju.

Leading the way for the women’s roster is 27-year-old racing veteran Fanny Lecluyse. Lecluyse qualified for Gwangju in the 50m, 100m and 200m breaststroke events, the latter of which she recently won bronze at last year’s Short Course World Championships.

18-year-old Valentine Dumont was selected for the most individual events, qualifying in the women’s 100m, 200m and 400m freestyle races, as well as the 200m fly. At the Belgian Open National Swimming Championships, which just concluded last week, Dumont racked up new national records across the 400m free (4:10.72) and 100m free (55.33).

For the men, 2016 Olympic gold medalist Pieter Timmers will contest his signature 100m free event, having clocked a solid 48.32 at the FINA Champions Series in Budapest. His 50m free time at Belgian Nationals checked in at just 22.63, but the 31-year-old had registered a time of 22.19 at the Bergen Swim Festival in April.