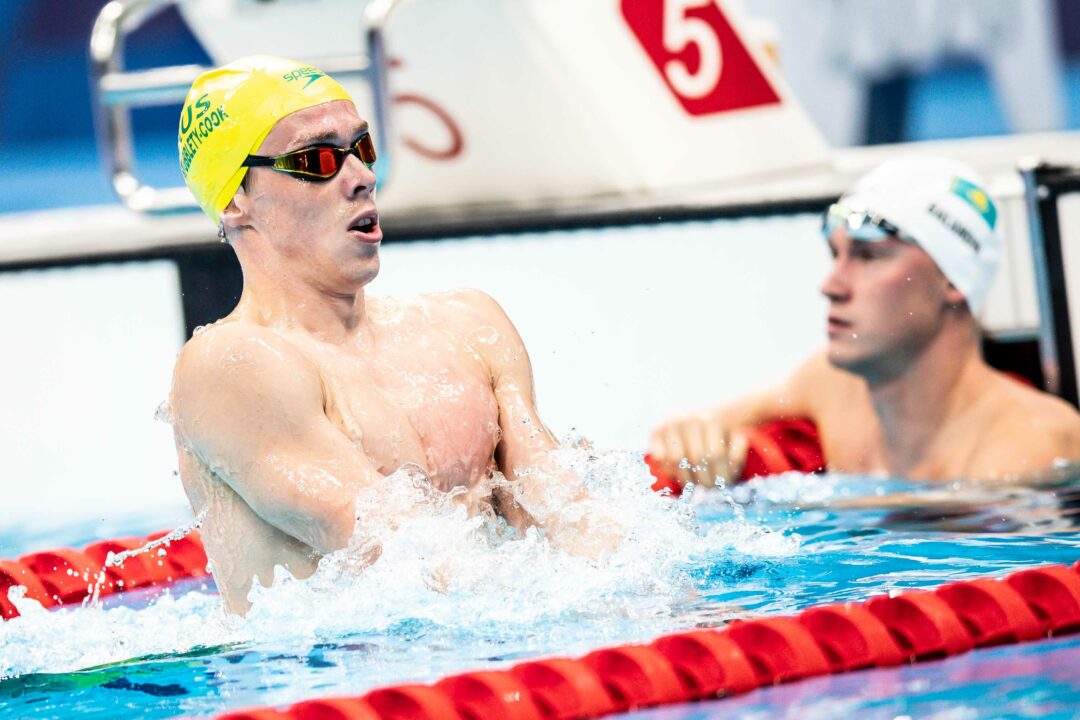 The swimming evolution is incredible. Zac Stubblety-Cook last week swam 2:05.95 in the men’s 200m breaststroke at the 2022 Australian Swimming Championship, setting the new World Record in the event.

The video below shows us an amazing technique and a wonderful race management.

We also have a video of the same athlete with some underwater phases when he won the gold medal in men’s 200m breaststroke at Australian Trials.

Here his technique is flawless and very relaxed. When watching the video, pay attention and do not confuse Zac Stubblety Cook with the other athlete, Matthew Wilson, who is framed most of the time.

The report below shows all the parameters of this World Record.

For the devotee of swimming and for the data lovers, it could be interesting to compare the great performance of Stubblety with the previous World Record set by Anton Chupkov in 2’06.12 at the 2019 FINA World Championship.

If we check the final result and the splits, we can see a tiny difference.

A deeper analysis of the data will show us something very interesting.

1. DIFFERENT MANAGEMENT OF THE RACE

We can start to observe the laps and it is possible to see the first small differences.

From the splits by 25m, we can see the first valuable difference between the two performances.

Stubblety-Cook is always faster than Chupkov in the first 25m of every 50m, but always slower in the second one.

Another interesting point are the turns.

We can see that Stubblety-Cook is a bit slower in every turn, but he is faster than Chupkov in every first 25m, as above stated.
A deeper analysis of the turn shows us something really interesting.

Stubblety Cook is faster than Chupkov in the first 15 meters after a turn, but absolutely slower in the last 5 meters before the wall. 1.68 sec slower in 15m is a huge gap compared to 0.82sec faster in 45m.

If you want to see the details of every underwater phase you can download the race analysis reports of both athletes.

If we check the swimming time from 15m to 45m of every lap, we can see that Stubblety-Cook is faster than Chupkov in this phase of the race.

As regards the swimming phases, it is fascinating to note how the two swimmers are managing stroke rate and stroke length in a slightly different way. Stubblety Cook can swim a bit faster than Chupkov thanks to a bit smaller distance per stroke and a slightly faster stroke rate.

The comparison timetable of the race allows us to see something more.

Breaking the wall of 2’06” in men’s 200m breaststroke is amazing! Zac Stubblety-Cook showed us something unbelievable.

From the data, we can see that there is room for improvement.

If this awesome athlete would like to improve any further the approach to the wall is the key factor.… We look forward to seeing you soon, Zac.

The second video is from Olympic trials in 2021 in Adelaide. First video is from 2019 WC.
Zac did not win gold in the 2018 commonwealth games. He admitted he swam poorly at that meet.

It’s my mistake, sorry. Thank you!

Thanks for sharing, Stefano!