The Life And Legacy Of John Naber 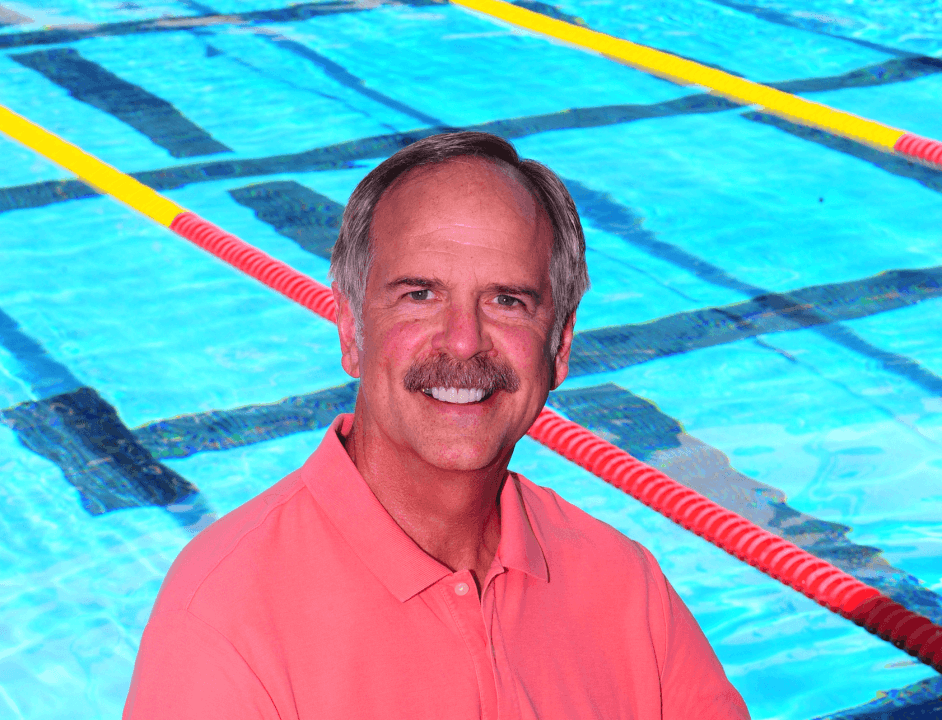 John Naber was the king of U.S. backstroke Archive photo via courtesy of Carolyn Naber

Can you guess which US backstroke Olympic champion has made a swim technique video, is an accomplished speaker, inspired thousands of swimmers from his generation and known for being a great ambassador for the sport? Is it Matt Grevers, Aaron Peirsol, Lenny Krayzelburg or Jeff Rouse? Good guesses but not quite. Before all the amazing and articulate USA backstroke royalty I just mentioned, the first US Backstroke King was John Naber. John Naber had an epic swimming career by any standard and has continued to be one of the most successful swimming ambassadors in history. Today, on his 60th birthday, we will take a quick look and celebrate the life and legacy of John Naber.

Born Jan. 20th, 1956 in Evanston, Ill, John’s family spent time in Italy and England when he was ages 4-11 years old. This unique experience provided John a multi-faceted education that would serve him well as a story teller and leader later on in life. Upon returning to the States for high school he was encouraged to do basketball because of his 6’6″ height but had mainly played cricket and soccer while in Europe. American ball sports didn’t work out so well, so at age 13 as a Freshman in high school John instead tried swimming and found his niche. He was named most improved each year and by his senior year in high school, John was an American record holder and was one of the top in the nation. Accepting a scholarship to USC under the great Olympic coach Peter Daland, John went on to lead USC to 4 straight national titles in 1974-77, in addition to dozens of individual and relay titles. You can imagine the stories of racing around the country and the world with teammates like the Bottom and Furniss brothers and the great rivalries with other programs full of Olympians like Indiana and Alabama.

His pinnacle swimming moment occurred at the 1976 Olympics in Montreal, as John helped lead Team USA to the most dominant performance in sporting history. The men’s team won 23 of a possible 30 individual medals, even sweeping 1st, 2nd, 3rd in multiple events, including John’s gold in 200 back and silver in the 200 free. John’s personal tally at those games was 1 silver and 4 golds, setting world records in all 4 his gold medal races. His world record times in the backstroke of :55.49 and 1:59.19 at Montreal, mind you in a bikini brief, hand touch turns, hardly any dolphin kicks, no cap, no goggles and an awesome mustache, would stand for 7 years and are still competitive on the national and international level today. John’s story of how he set his goals and prepared for those Games is one that every young person should hear.

After finishing at USC, John transitioned very successfully to life as sports commentator, motivational speaker and leader in the Olympic movement. John has been a commentator and host for all the major tv and sports networks, covering over 30 different sports, 10 Olympic Games  and has traveled the world speaking and promoting Olympism ever since.

On a side note, a lucky few of us have worked very hard to become successful speakers and enjoyed careers as ambassadors long after we hung up our suit. But no swimmer has spoken to more Fortune 500 companies and taught the Olympic principles and mindset more than John Naber. John has helped “Awaken the Olympian Within” to corporate and civic groups for an astonishing 40 years now. He has also given of his time and leadership to the Olympic Alumni movement and numerous charities, including Olympians for Olympians Relief Fund, Disabled Athletes Scholarship Fund and Character Counts. Still a sought after speaker and spokesperson, John and the whole 1976 team will be honored in a special way at the US Swimming Olympic Trials in Omaha, NE on Sat. July 2nd.

John would quickly tell you his greatest accomplishment is being husband to his wife Carolyn and proud father of their daughter Christina. He does a great job of taking care of those close to him. We are especially grateful for how John is a great friend to many older Olympians like Louis Zamperini, of “Unbroken” fame who passed away last year.

All my memories and encounters with John are of him giving, helping and encouraging. I am thankful for his advice on his 80’s technique video “Getting Better” to stretch and point your toes under your blanket in bed to make your feet more flexible for dolphin kicking, his hospitality for hosting the USA team BBQ at his house at our Pasadena Olympic training camp before the Sydney Olympics in 2000 and his consistent example to make a difference. Every time I see him he looks me in the eye and says emphatically, “If there is anything I can do for you or the US team please let me know.”

That alone is worth celebrating. But today, John, we as a swimming community celebrate you for breaking records gracefully, inspiring globally, and serving humbly. Happy Birthday from all of us and we can’t wait to hear another of your uplifting stories and encouragement.

To order John’s best seller “Awaken the Olympian Within” or to order Josh’s book containing some of John’s other stories, “The Goal and The Glory” you can go to Amazon.com.

Great article about a great swimmer.

But, to me, the first U.S. backstroke king was the “father of American swimming” Adolph Keifer. First man to break a minute in the 100 yard backstroke (at age 16 —- a phenom), Olympic champion, and his Olympic record in the 100 m back stood for 20 years. He celebrated his 94th birthday at the last Olympic trials. A follow-up story on him, his swimming, Army service, and contributions to swimming and community service would be great.

The 80th anniversary of his Olympic win is this summer. I’m friendly with his daughter who told me the organizers of our Trials are hoping he will attend and be honored.

Absolutely. Adolph Kiefer was the first really great US backstroker.

Warren Kealoha won back to back golds in the 100 back in 1920 and 1924. I might say he was the first really great US backstroker…just one that’s not spoken of as much for whatever reason.

John Naber was definitely one of my heroes when I was a kid. I remember what a thrill it was to get his autograph at the Pan American games in 1979. He was there as a commentator, I believe. He was every bit as warm and gracious as stated in this article. He is one of the key reasons why the US has such a strong crop of backstrokers, even to this day.

A hero for many. He was (I assume still is) also over-the-top gregarious and positive —-Missy Franklin in male form decades earlier. Must have been a great teammate. He was a helluva mid-distance (200-400-500) freestyler too.

Doubt that he would have danced to the Backstreet Boys (or the equivalent), as Missy did. She took a lot of heat from people who thought that her dancing was classless and unprofessional. She has represented the US honorably, and if she needs to dance a bit to bad music to get rid of some nerves, then so be it.

As much as I thought Naber was a great swimmer, I think he was bitter that he never received the love that Mark Spitz did.

Naw, he was just bitter that his ‘stache never got the love that Spitz’s did.

Hi, KP…
Very cool that you got Warren Kealoha autograph..My grandpa is the Charles Paddock
Any chance you would sell your autograph?

Happy Birthday, John Naber! Thanks for this article. I was, in the mid 70’s, transitioning from a swimmer to a coach. I remember watching Naber swim on TV, and trying to learn from it. One of the great swimmers of the day!

Stix Ballatore. One of a kind.

Great short documentary. The only thing weird about it was all the hugging. Technique has changed so much!

I am very flattered by Josh’s article, and I agree that there were many “Backstroke Kings, long before I entered the pool. Thank you, swimming, for making my life such a pleasure.

John,
I grew up watching and re-watching “Gettin’ Better” and it was pivotal in motivating me to pursue my goals as an age-group swimmer. You not only demonstrated great take-aways on technique and goal-setting, but you exuded the joy that you have for swimming, and that made an impact on me. Thank you.

Being a swimmer in the late 1960’s & beyond to this day, I was always impressed with John’s enthusiasm. I followed his career keenly. One thing not mentioned in this article is that – if I am not mistaken – John won that silver medal about 20 minutes after he swam the backstroke race. Anyone who remembers even more clearly, please add more detail, thanks.

As a historical note for younger readers, the Bottom mentioned as a teammate at USC is Joe Bottom (not current Michigan coach Mike Bottom) who was the first man under 20 seconds in the 50 yard free and the first to break Mark Spitz’s 100 fly record from 1972.

Intrestingly in Bobo’s post ‘Pt. 2’ there is a race where Nabor beats Roland Mathis in 1974. Mike Bottom is in lane 1 of that race.