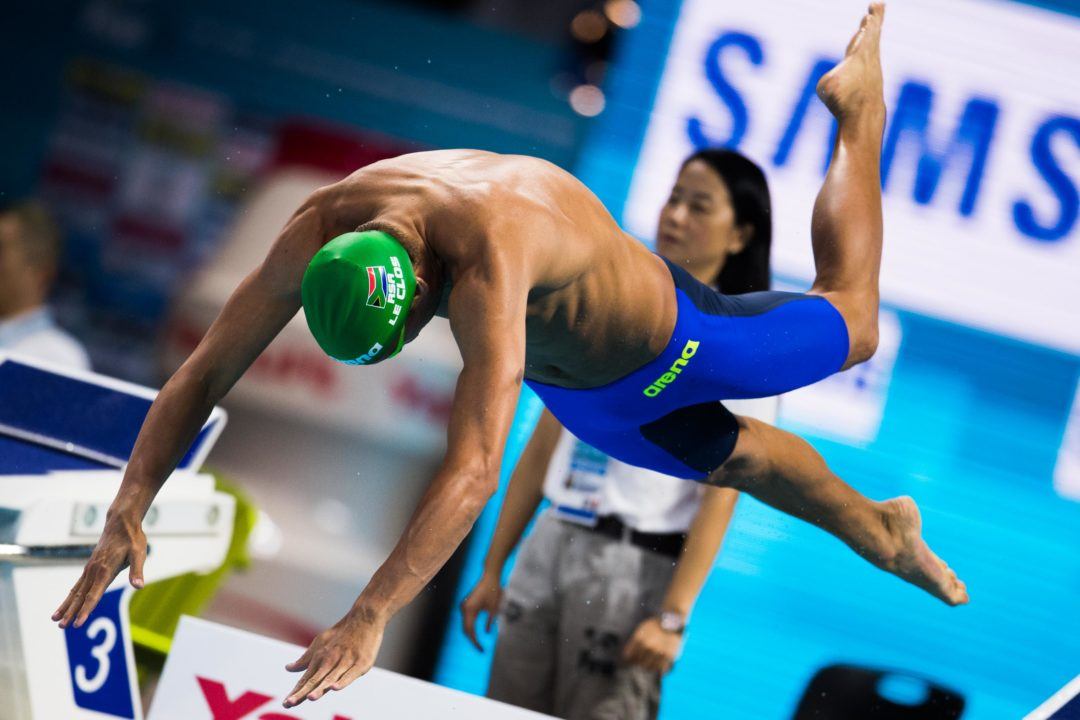 With the unique meet format of prelims in the PM and finals taking place the following morning, South African Chad Le Clos was already back in the water again this afternoon after posting the world’s 6th-fastest time this season in the 200m butterfly. On his plate this afternoon were the men’s 200m freestyle and 100m butterfly prelims, representing the two individual events in which the 24-year-old earned silver medals at the 2016 Olympic Games in Rio.

After his solid 200 fly outing, Le Clos took things relatively easy and posted a conservative time in the 200 freestyle. Instead of maintaining his top seed, Le Clos hung back to stop the clock at 1:56.47 to nab 4th place and a spot in tomorrow’s final. No doubt the star who is used to registering times in this event well under 1:50 will turn the heat on a tad more when it counts, if he opts to swim it again in the final. In the meantime, former Seagulls teammate Myles Brown scored the top seed in 1:51.22, the fastest mark of the afternoon by 3 seconds.

The Le Clos show wasn’t done, however, as Chad notched an impressive 53.02 afternoon prelim 100m butterfly mark. Representing his own ‘Chad Le Clos Academy’ in domestic competitions, Le Clos split 25.01/28.01 to produce a time that falls into the world’s top 20 outings of the season. We’ll see tomorrow morning if Le Clos maintains both events, or perhaps drops the 100 fly to give his 200 free more of an aggressive effort.

Not necessarily, I’d say it’s working pretty well for him. Efficiency is not always pretty.