The 5 Movements Every Dryland Program Should Have 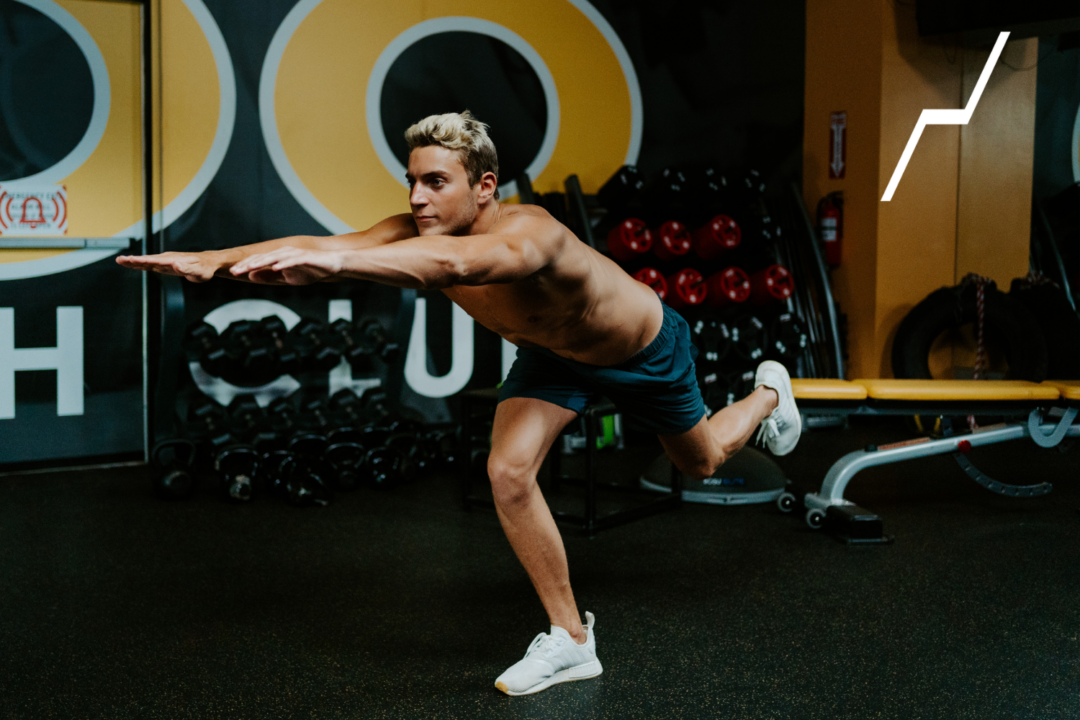 In the SURGE Strength Dryland Certification Curriculum, we teach that every dryland program should have 5 key movements incorporated and... Current photo via Max van Otterdyk

In the SURGE Strength Dryland Certification Curriculum, we teach that every dryland program should have 5 key movements incorporated and balanced across a season plan. We stress these 5 exercises because swimmers need to train muscle groups instead of singular muscles. There’s a myth within the swimming community that too much strength training turns swimmers into bodybuilders. So what sets a swimmer apart from a bodybuilder? Bodybuilders train muscles, while swimmers train movements and muscle groups.

Your swimmers should be performing exercises that work multiple muscle groups at once for most of each dryland session. These types of exercises, called compound exercises, prime the neuromuscular system for better coordination and faster strength development by loading the body across multiple joints, both on land and in the pool. We have broken down the 5 most encompassing movements that should be in your dryland program below:

1) Pulling in Your Dryland Program

The pulling motion is arguably the most swim-specific movement you can train. Each stroke relies on the swimmer to pull the maximum amount of water possible. There are two ways to train the pull: vertically and horizontally. For vertical pulling, think of movements like pullups or lat-pull downs. For horizontal pulling, think of double or single-arm variations of rows or pull-aparts; either in a standing or bent over position. Each type of pull should be trained equally.

In order to train the pull, it’s important to first check if your swimmers have enough shoulder mobility to put their body in the proper position. To train the pull exercises without shoulder mobility is to train in an incredibly unsafe and injury-prone manner. If a swimmer has tight shoulders, they may start to feel movements designed to train the pull in the front of their arms rather than where they’re supposed to feel it in their back. It is also important to train the core for better pulling and to achieve a high strength to mass ratio, especially for pull-ups. Training the pull balances out the back muscles and protects the shoulders during seasons where the athletes are spending a lot of time in the water.

2) Pushing in Your Dryland Program

The push is considered the opposite of the pulling movement. Similar to the pull, it includes any vertical or horizontal movement where the athlete is working the front of the body by pushing or resisting load out or away from their center of mass. Some examples include push-ups, shoulder presses, and dips. In order to safely train the push, athletes must have a high level of function and strength at the shoulder. Lack of shoulder function and mobility could cause further impingement and pain if the work volume is too high or getting into a proper position to execute the movements is not possible.

Core strength should also be considered when incorporating pushing movements into a program. Pushing is important to swimming because it strengthens the muscles used in the catch phase of each stroke and adds overall power to the entire body.

3) Squatting in Your Dryland Program

The squat encompasses any lower body exercise where the athlete is primarily bending at the knee. Some characteristics to look for in any squat movement is the chest staying tall, the knees bending at least 90 degrees, and the hips going both back and down during each rep. Examples include both single and double leg variations of squats, lunges, step-ups, and jumps.

Some common issues that athletes may encounter while performing squats are:

In order to build a good squat pattern and avoid injury, the swimmer should be properly distributing their weight in their feet and avoid valgus knee movement. Squats are imperative to a dryland program because they mimic pushing off of turns, training the primary movers of the kick, and the “start” position.

4) Hinging in Your Dryland Program

If we could pick the most important movement for swimming, we would choose the hinge. The main difference between the hinge and the squat is that the hinge focuses on maximal movement at the hip joint and minimal movement at the knee joint. Hinges also require the back and torso to stay engaged throughout the entire movement. Some examples include single and double leg variations of deadlifts and glute bridges.

Proper hinging promotes hip drive, which is imperative to both starts and turns, as well as proper body rotation and movement throughout each stroke. Hinging builds the posterior chain throughout the body and requires the core to be strong enough to support it. Some problem areas swimmers face with the hinge is a lack of mobility, particularly around the hips and hamstrings, as well as thoracic control (think about that forward swimmer posture), and a weak core. Training the hinge builds total-body power and strength while also promoting muscular balance to offset a significant amount of swimming and impact on the knees and shoulders.

5) Bracing in Your Dryland Program

When we refer to the brace, we are referring to the use of your core. The core ties together the other four movements we described above. This is because every movement a swimmer performs should include a brace before taking action. The core’s main job is to transfer force from the extremities through the trunk. It is important to keep in mind that the core is comprised of many layers and muscles and is not just your six-pack abs. In fact, the core is comprised of all the superficial and deep muscles of the front, side, back, pelvis, and hips that work together in order to make bracing movements possible.

When it comes to dryland, there are many ways to work on the brace. In order to get that 3D training for our core, we can work in the prone, supine, and vertical positions. Some examples of movements include planks, rollouts, superman variations, anti-rotational presses, and get-ups. Three major things to keep in mind while training the brace are training your breathing while bracing, activating the core 360 degrees around instead of just working on flexion, and connecting strength through the kinetic chain. With a proper brace, swimmers can create the tension required to produce max power in both the kick and pull of all four strokes.

Each dryland session should include at least one movement from each of these categories. More specifically, your swimmers should have at least a 1:1 ratio of squats to hinges and pushes to pulls. This means that if your program has 3 squat variations, it should also include 3 hinge variations.

We have found that a 1:2 or even 1:3 ratio of hinges to squats and pushes to pulls can be beneficial due to the demands that the volume of swimming places on the joints and body position. Working on the posterior chain first and foremost is going to offset that common forward posture seen in swimmers. It will also strengthen the rotator cuff to prevent shoulder injuries caused by repetitive overhead movement in the pool. Training the push, pull, squat, hinge, and brace allows the athlete to better mimic the motions they do in the water for more efficient dryland training.

GET STARTED NOW WITH OUR SURGE STRENGTH PROGRAMS