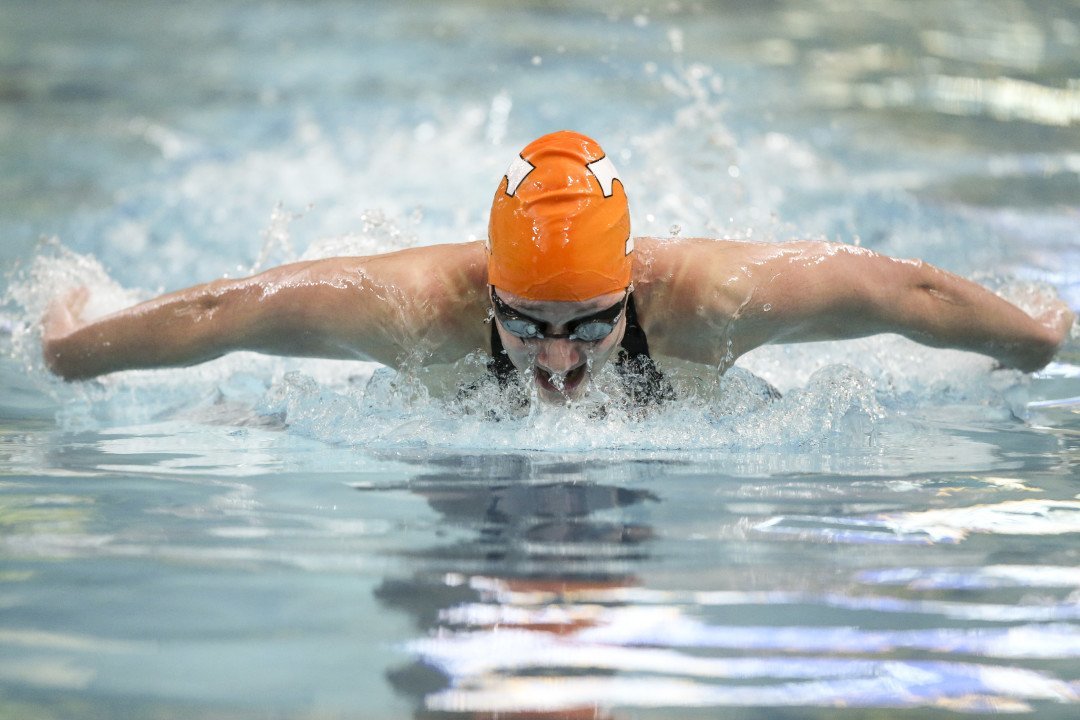 Star Tennessee sprinter Maddy Banic was taken away from the pool deck on a stretcher and transported to an ambulance on Friday night at the 2017 Women's NCAA Championships in Indianapolis, Indiana. Current photo via Craig Bisacre/Tennessee Athletics

Tennessee star sprinter Maddy Banic was taken away from the pool deck on a stretcher and transported to an ambulance on Friday night at the 2017 Women’s NCAA Championships in Indianapolis, Indiana. Banic was taken to the ambulance after experiencing breathing problems.

We spoke with the University of Tennessee’s media relations person, who said that no information is available yet as to whether or not Banic, the SEC 50 free champion, will be competing in tomorrow’s 100 free, where she’s entered with a seed time of 48.87 from the 2017 SEC Championships last month.

So far at this meet, Banic has racked up points for Tennessee with a 15th place finish in the 50 free. She was slated to swim in lane 1 of the B final for tonight’s 100 fly, but was unable to compete, bumping Michigan’s first alternate Vanessa Krause into the heat. In prelims, Banic posted a 52.10 to qualify 15th.

Earlier today, Krause had a swimoff with Duke’s Leah Goldman for the first alternate position. While it’s not often we see a scratch or a no show in finals at an NCAA meet, Krause’s swimoff win paid off on Friday, as she placed 14th to earn points for the Wolverines.