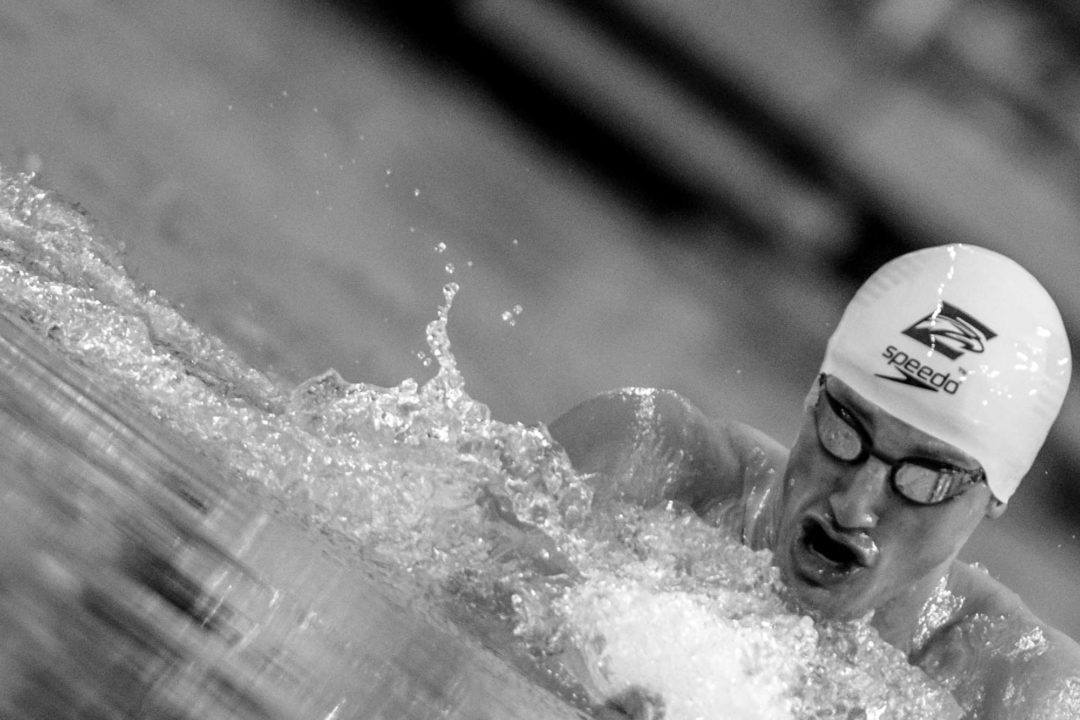 When Andrew Wilson swam a 50.94 in the 100 yard breaststroke, becoming the first swimmer outside of the NCAA’s Division I to go under 51 seconds, and just the 5th swimmer in history at any level to do so.

He previously held the record with a 51.02 from prelims, and before that the mark stood at his mid-season 51.14.

Within minutes of his swim, we were sent tons of videos of the swim, mostly from Wilson’s opponents and opponents’ coaches at the meet, showing the widespread respect and admiration from the division about how well Wilson is swimming.

We’ve picked the two best angles, from Jay Daniels and Daniel MacQuarrie, and posted them below.

Awesome reaction. You could tell he really wanted that sub-51.

He would help every D1 team in the country. Good for him.