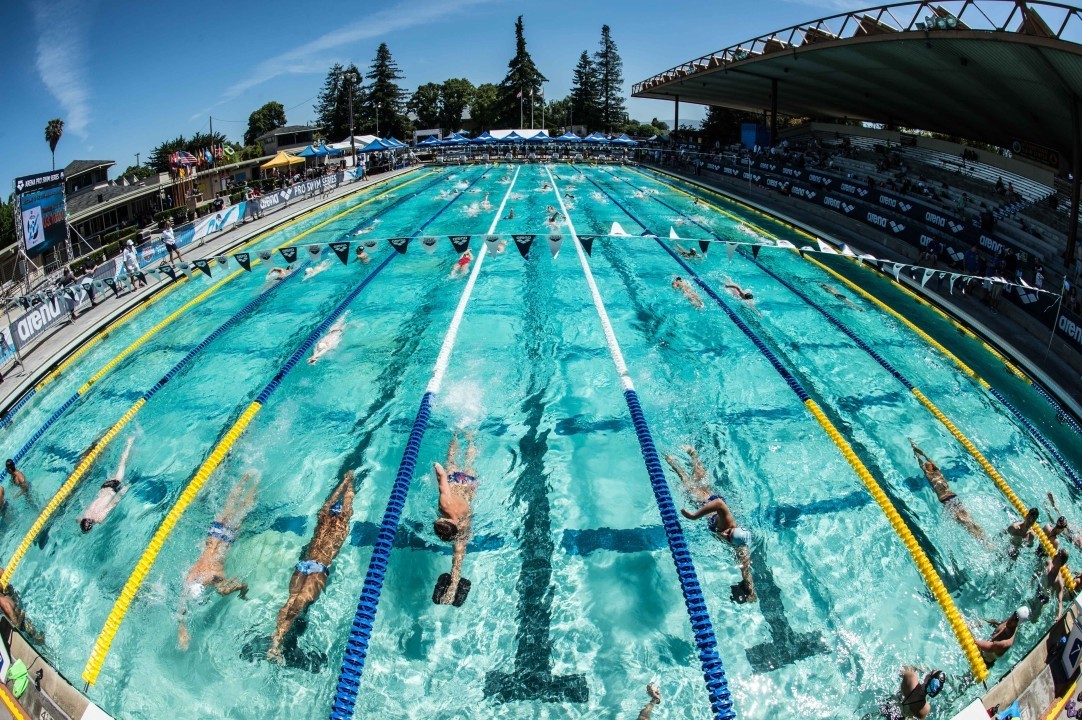 TCU swimming and diving has announced the schedule for the 2015-16 season, which includes five home meets at the University Recreation Center Natatorium. Stock photo via Mike Lewis/Ola Vista Photography

FORT WORTH, Texas – TCU swimming and diving has announced the schedule for the 2015-16 season, which includes five home meets at the University Recreation Center Natatorium.

The Horned Frogs will only travel outside of the state borders once during the fall portion of the schedule, when they head to Ames, Iowa, in November.

For the third consecutive season, TCU will open with the UNT Pentathlon exhibition in Denton on Friday, Sept. 25. The next morning, Sept. 26, the Horned Frogs open the regular season at home with the Texas-Permian Basin.

Three of the four meets in October will take place at home. On Oct. 9, the Horned Frogs host Liberty and Incarnate Word. It will be the first meeting between TCU and Liberty. The next week, the women’s team will participate in the SMU Women’s Invite along with Louisville, Florida State, Missouri and UCLA from Oct. 16-17th. The Horned Frogs round out the month of October by hosting the SMU men on Oct. 28 and the Kansas women on the 31st.

TCU leaves the state of Texas for the first time on Nov. 6-7, traveling to Ames for a two-day meet with Iowa State and South Dakota. It will also be the first meeting between TCU and South Dakota. On Nov. 19-21, the Horned Frogs will split for the third-straight season for the Aggie Invitational in College Station and the UT Diving Invite in Austin.

After returning from the holiday break, TCU will host West Virginia for senior day on Jan. 16. Two weeks later, the Horned Frogs will return to Denton to face off with UNT on Jan. 29.

Both meets in February will be held in Austin, as the Horned Frogs wrap up the dual-meet portion of the season with Texas on Feb. 5. TCU returns from Feb. 24-27 for the Big 12 Swimming & Diving Championships, where the men’s team has garnered second-place honors every year TCU has been in the conference.

The Last Chance (March 3-5) and the Diving Zones (March 10-12) meet locations have yet to be determined.

The NCAA Men’s and Women’s Swimming and Diving Championships will both be held in Atlanta, Georgia. The Women’s meet will take place from March 17-19, while the Men’s meet will be held from March 24-26.