Taylor Ruck Will Redshirt 2019-2020 NCAA Season, Will Train in Canada 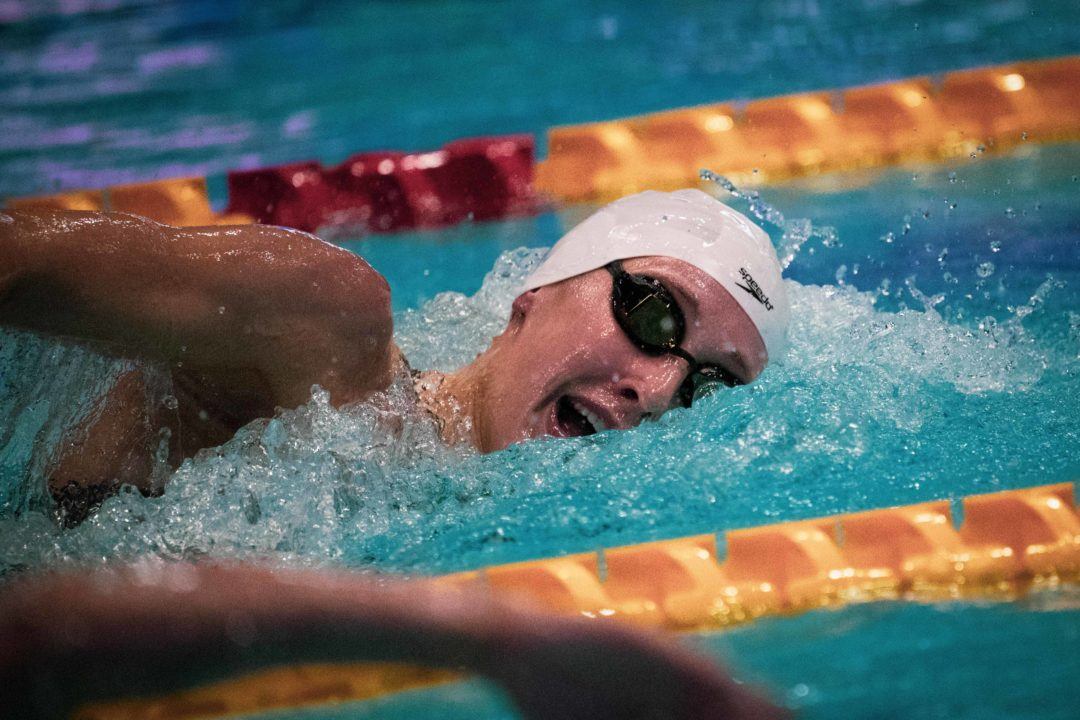 Stanford's Taylor Ruck has confirmed to SwimSwam that she will sit out the '19-'20 college season while remaining in Canada to train for the 2020 Olympics. Archive photo via Mike Lewis/Ola Vista Photography

NCAA runner-up Taylor Ruck of Stanford has confirmed to SwimSwam that she will sit out the 2019-2020 college season while remaining in Toronto, Canada to train for the 2020 Olympics.

Ruck has been a phenom, both for Canada internationally and for Stanford in the NCAA’s short course yards format. As a freshman last year, Ruck was a two-time individual NCAA runner-up, taking second in the 200 free (1:40.37) and 200 back (1:47.59). She was also third in the 100 back (50.34) and helped Stanford’s 800 free relay win a national title with a 1:39.83 split. Ruck, the #1 recruit in her class leading the top-ranked recruiting class, helped Stanford win its third consecutive NCAA title.

Internationally, she won three bronze medals at this summer’s World Championships, as part of the 4×100 free, 4×200 free and 4×100 medley relays. Last summer was even more explosive, as Ruck won a record 8 medals at the 2018 Commonwealth Games followed by five more medals at the Pan Pacific Championships, including a huge 200 free win over Katie Ledecky and Rikako Ikee.

Ruck, who just turned 19 in May, will swim for coach Ben Titley at Canada’s High Performance Center in Ontario. The Toronto-based group is the training home for a number of Canada’s top Olympic hopefuls.

In 2016, Ruck won two Olympic bronze medals on relays as Canada won six total swimming medals. A rising group of young Canadian women have brought the country into the international limelight, and Canada won 8 total swimming medals at 2019 Worlds, all of them in Olympic events. Ruck was on the cusp of three more individual medal: she was 5th in the 200 back, 4th in the 100 back and 5th in the 100 free while scratching the 200 free.

Even without Ruck, Stanford returns the most points of NCAA programs, though her relay legs will be especially hard to replace as the Cardinal chases a fourth consecutive NCAA title.

She made the smart choice.

@Chas: 4 and a half months ago, this was my opinion but absolutely not the opinion of the vast majority of Swimswam’s commenters: https://swimswam.com/2019-canadian-swimming-trials-day-4-finals-live-recap/

Agree with CHAS, it’s her career and the Olympics are once every 4 years… I’m sure Stanford will be fine without her, they have ridiculous depth.

Is RED-SHIRTING even the correct term here? From the article, it sounds like she’s not even going to be enrolled in college during the 2019-20 academic year. I typically think of someone who “red-shirts” as enrolled in college but not competing and thus not using up any of their competitive eligibility. Freshman football players come to mind when I hear this term. Correct me if I’m wrong.

I wouldn’t know the correct use of the term “red-shirts”, but I’m wondering if it’s possible she’s taking at least a couple courses online.

Olympic redshirts are a thing – an athlete could attend classes and even practice with their program while taking a redshirt season, but they don’t have to.

Exactly. She may have 1 or 2 online classes or at the U of T as a visiting student.

I think it also means they vote republican. 🙂

So not Jewish then .

For what it’s worth, Ms. Ruck is already a Stanford alum — or to be more precise a “Stanford Alumna.” According to Gerhard Casper, the University’s beloved 9th President (1992-2000): “Stanford’s Charter says that a student is considered to be an ‘alumnus’ when he or she has completed 3 quarters (or 1 year) of satisfactory academic work.” Note that I am NOT conflating “alumnus” with “graduate” — they are two different things. Thus, Tiger Woods is a Stanford Alum, but not a Stanford graduate.

Smart marketing move…. get to claim successful people as alums even if they never earned a degree there. Sigh

I agree that Ruck is a great NCAA swimmer but Phenom overstates the case. There must be at least 50 freshman who have outscored her individually over the past 50 years

I think the #3 performer all time in the 200 yard free as a freshman is a phenom.

But NCAA Championship is about scouting and she didn’t win an event. Again, I think she is a fantastic swimmer and a better long course swimmer but Phenom to me implies either a younger age or someone like Ledecky who dominates as a freshman.

Is the really the #3 performer all time in the 200 yard free? I don’t have the stats in front of me but I’m pretty sure Franklin, Comerford, & Ledecky, have all been faster

So tied for 4th. But, she is the #3 freshman of all-time in the event, behind Missy and Ledecky, so maybe that’s what Alec meant.

Thanks Braden, I was going off the Noggin

3
0
Reply
Knows Nothing
Reply to  JimSwim22

Those others are also Phenoms++. Cool now?

I enjoy that you say phenom overstates the case, and then you overstate your own case. There are very few freshmen who score 50+ points individually at their first NCAAs.

Could 17.63 could be thought of as a phenomenal race swam by a phenom or does dressing in a stall and having a pre-workout drink cheapen that?

Jim that is one of the worst takes I’ve ever seen in the swimswam comment section. Shame *ring* ring* Shame

In my further defense at least 17 women have won an individual title 4 consecutive times since 1983, something Ruck will not do.

phenom – a person who is outstandingly talented or admired, especially an up-and-comer.

I already wrote my opinion in early April, after that 1.56.9 in the 200 free at Canadian trials.

Could you provide the link to this reference?

Everyone can search that article during Canadian trials: I had tons of downvotes and, I see, I have still downvotes 😃, northeless Ruck’s decision to return to train at HPC for the Olympic season confirms what I wrote at that time

The search was easy: https://swimswam.com/2019-canadian-swimming-trials-day-4-finals-live-recap/

Interesting re-reading those comments (I really didn’t care, but because someone asked me to provide the reference..) at the end of the season Ruck has had.
My fault? I follow too much international swimming and so I well-reminded how Ruck was so-convincing in every performances in the previous season (she had an amazing improvement after her move from Scottsdale to HPC). Funny that at least some Canadian swimming fans didn’t worry about her performance in the 200 free (and the way she swam that 200 free) at Canadian trials.

Taylor was born in Kelowna BC Canada. She and her parents moved to Arizona when she was a baby.

That ship has sailed peaty

With most of her HPC team competing in ISL this year I wonder what she will do for the rest of the calendar year? I’m assuming she can’t because of NCAA eligibility. World Cups maybe?

Train, train and train some more 🙂

19
0
Reply
Knows Nothing
Reply to  Nancy

Selfish? More like Taylor is a team player. Canada has a legit shot to win 4×1 and 4×2 Free in Tokyo. This squad is world record material.

Naw, the americans have a better chance to win the free relays compared to the Canadians

Certainly on paper and after this summer yes. But the gap is closing and fast. Can was leading at 300 of the 4*1 and ahead of US until about 325 or the 350 wall? Only Maggie was faster than her trials flat start or personal best time. The other 3 were ‘good’ but not their absolute best. Hard for any relay to have all 4 fire at once but if the youngest team in the field continues to improve by a bit and they all fire when it counts they will be right in the mix.
Oh and the 4*2 was missing only a 2018 Taylor 154 split to be right in the mix of that one…