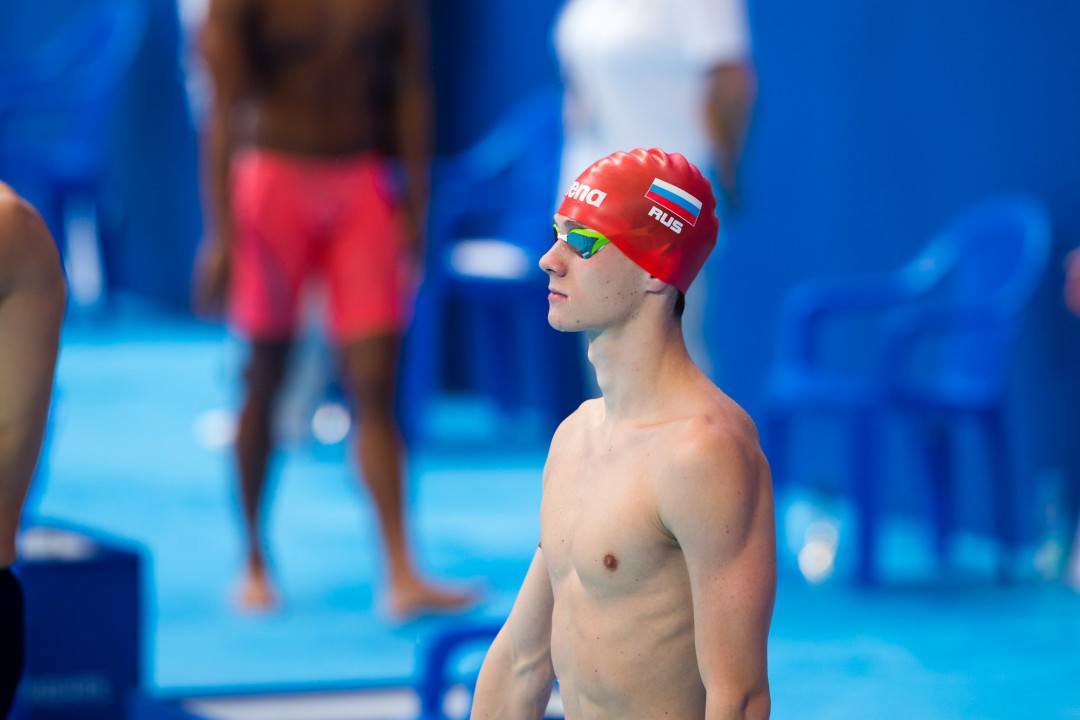 Grigory Tarasevich (above) won 2 medals, but most

No new Russians qualified for the 2016 Summer Olympic Games at last week’s European Championships, the Russian Federation confirmed on Monday.

While Russia came away with two medals from the meet, a silver in the 100 back and a bronze in the 50 back from Grigory Tarasevich, most of the team sent to London for the meet were there with an eye on cementing Olympic qualification after near-misses at the Russian Championships.

Natalia Ivaneeva, Nikolay Skvortsov, Andrey Zhilkin, and Alexandr Osipenko were all trying to achieve Russia’s Olympic qualifying standard, which is much stiffer than the one set by FINA, and all came up short. That includes the veteran Skvortsov, who was trying to qualify for his 4th-straight Olympic Team at 32 years old. Skvortsov, a 3-time Olympic finalist, said after missing qualification that he would take the summer off and then go after short course meters racing in the fall.

Also on the Russian roster for the European Championships was Semen Makovich, who was selected to the team in the 200 IM but was trying to add a qualification in the 400 IM to his lineup. He came up short in that effort, and so will just swim the 200 IM.

While Russia has not reaffirmed their roster, that should leave just one question mark: the status of the defending World 100 breaststroke champion Yulia Efimova. Russia has said since she was suspended temporarily (a suspension that has since been lifted) that they would allow her to bump another swimmer off the Olympic roster if she was cleared to compete in Rio and proved to have remained in form. While FINA has lifted that temporary suspension, there is still a Doping Panel hearing and a possible Court of Arbitration for Sport appeal to be heard before she can be said with certainty to be eligible to compete in Rio.

Russia finished in 16th place in the overall team trophy at the meet with a small roster of only 10 swimmers.

The most current Russian Olympic roster is below: