19.6/44.3 Sprinter Jack Blake Retires from Swimming, Will Stay at Alabama 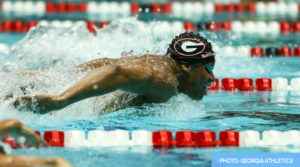 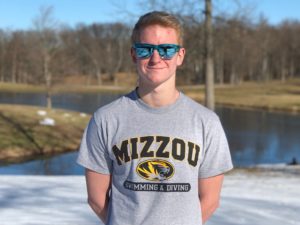 Franklin Backstroker Cade Oliver Commits To Missouri For Fall of 2021

Oliver has dropped almost 10 seconds in the 200 LCM bacsktroke since 2017, which puts him within one second of the Olympic Trials cut in the event.

The Gator men’s swimming and diving team travels to Columbia, Mo. for their SEC opener with Missouri at the Mizzou Aquatic Center on Friday.

Kieran Smith, Alex Farrow and Eric Friese swept the SEC men’s weekly awards for their performance during a 178.5-116.5 win over Minnesota.

In a battle of ranked teams, the #17/#19 Minnesota Golden Gophers will host the visiting #16/#9 Florida Gators, one of the bigger duals of the year so far.

The NCAA swim season is upon us, and it’s time for a time-honored tradition: SwimSwam’s staff predicting NCAA event champions half a year out.

Caleb Kravitz of Saint Petersburg Aquatics has elected to remain in-state and will swim for the University of Florida next year.

The qualifying period has closed – who is in line to make the 2019-2020 U.S. National Team and get the accompanying benefits?

Hali Flickinger continues to lead all qualifiers with 9 Olympic Trials standards out of a possible 14. Those 1,115 swimmers have a combined 2,299 cuts.

With 13 days and two major international meets remaining in the qualifying period, here’s an update on the top 6 Americans in each event after Pan Ams.