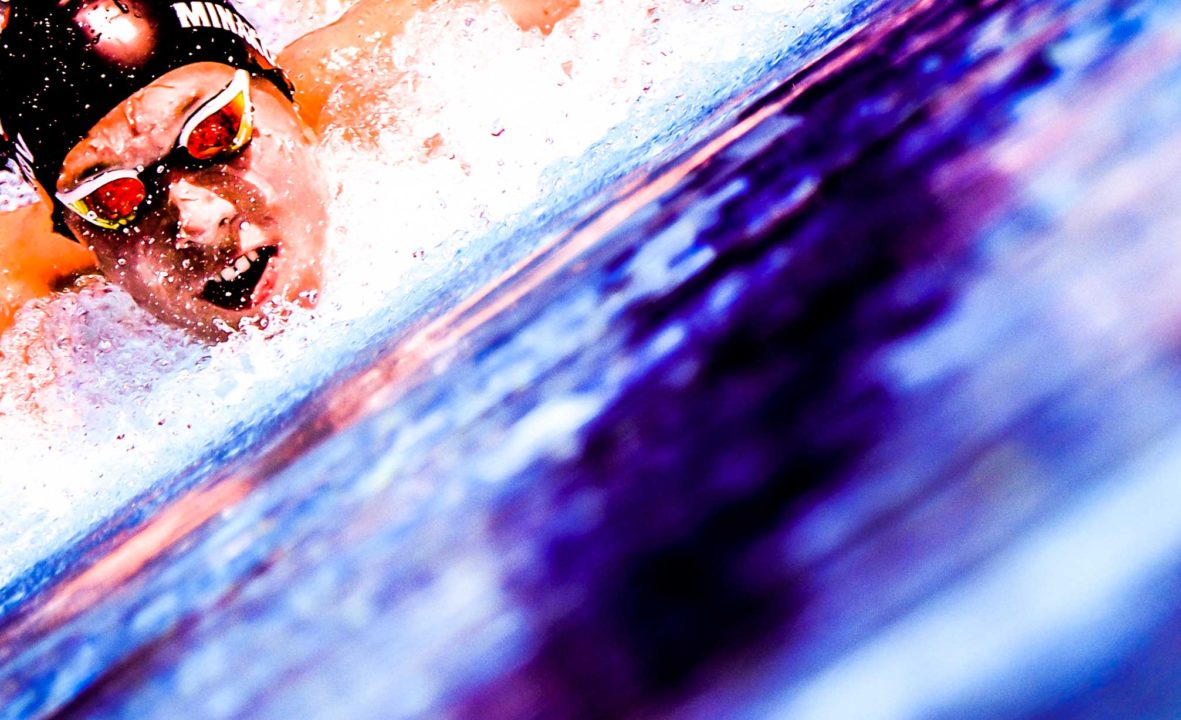 Our most recent poll showed that fans would rather have Andrei Minakov on their NCAA team this season over the likes of Matt Sates and Leon Marchand. Archive photo via Jack Spitser/Spitser Photography

Our most recent poll asked SwimSwam readers which freshman they’d select to have on their team come NCAAs:

Question: Factoring in relay ability, which international freshman would you rather have on your team this year at NCAAs?

It’s not every season we have three freshman swimmers entering their first NCAA Championship meet having already found success on the senior international stage.

Stanford’s Andrei Minakov and Arizona State’s Leon Marchand have already made a significant impact during the first four months of their collegiate careers, and Georgia’s Matt Sates is the latest to enter the fold after arriving from South Africa last week.

All three project to be big-time scorers at NCAAs come March, but who would you rather have on your team?

Minakov, who will turn 20 a few days before NCAAs, came out on top of the poll with over 45 percent of votes, with his relay abilities no doubt factoring into it him leading the way.

In addition those big individual points, he’ll also provide a huge boost to the Cardinal in four of the five relays, presumably the 200 and 400 free and medleys (though he did go 1:34.79 int he 200 free last weekend). He notably split 19.82 on a 50 fly leg on the 200 medley relay at the NC State Invite.

Sates, the most unknown commodity among the three, at least in the yards pool, took second in the poll with just over 34 percent of votes.

All three conversions project him to be a top-three finisher at NCAAs, though the 500 free and 200 IM coincide on the schedule, so he may end up swimming something like the 100 free on the final day.

Sates’ meters best times convert to 19.75 in the 50 free and 42.46 in the 100 free, which should both provide strong relay value if we factor in tapers and takeovers, which likely tipped the scales in his favor over Marchand.

Marchand, an Olympic finalist in the 400 IM last summer for France, is on a collision course with Texas’ Carson Foster come NCAAs in the 200 and 400 IM, with Marchand leading this season’s rankings in both races with respective times of 1:40.80 and 3:35.62. The ASU swimmer is also a title challenger in the 200 fly, and figures to score over 50 points individually.

Marchand split 1:32-mid on the 800 free relay at the NC State Invite in November, and was 1:33.2 flat-start two weeks ago at the ASU intrasquad. So he’ll provide some relay value for the Sun Devils there, but isn’t the speedster that Minakov is in the sprints, which would explain why Marchand fell to third in the poll despite having a clear shot to win three races individually.

Below, vote in our new A3 Performance Poll, which asks: Which superstar would win if they raced a long course 800 free?

I’d take any of them

I mean, it makes sense. Minakov is an appreciably better piece in 4 relays. Sates has the leg up on both in the 200. Marchand’s strength is in his versatility – he might be the guy you take if you have no idea who your other guys are going to be and have to build a set of relays from a random selection of guys. Like, if you end up with nothing of one stroke, he’d fill in there.