Swimming Sisters to Perform on America’s Got Talent Tonight 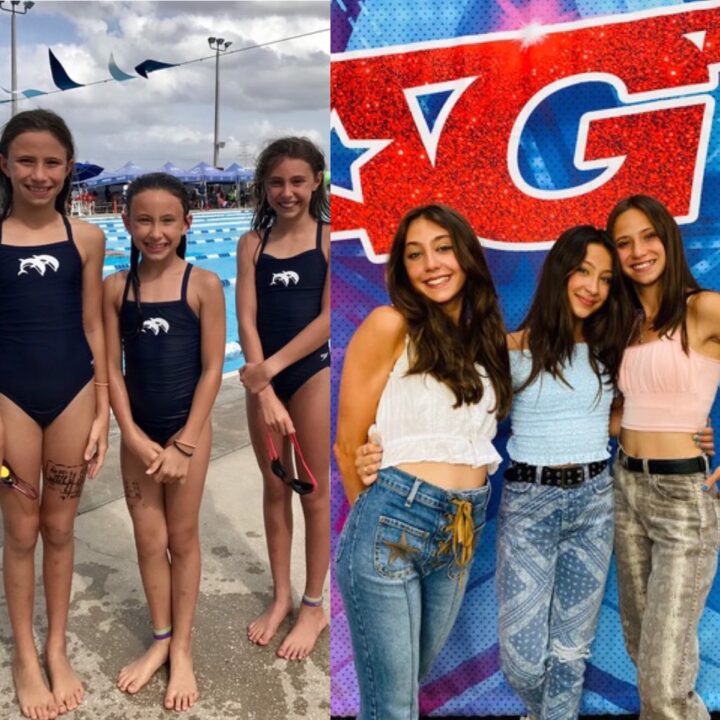 Tune into America's Got Talent on NBC tonight at 8pm EST/7 pm CST to watch the audition for Hello Sister, a band made up of three swimming sisters. Archive photo via Charlie Rose

Grace, Gabriella, and Scarlett Mason are sisters who make up a band called Hello Sister. All three are members of Blue Dolphin Swim Team out of Oviedo, Florida, and they will perform together tonight on America’s Got Talent which begins at 8 pm EST/7 pm CST.

The trio has performed their original material at various venues and festivals throughout Central Florida, Nashville, and California. They have been enrolled in Nashville based PCG Universal, one of the best artist development companies in the world, since summer 2018. In 2019, their single “Middle Schooler” was an LA launch.

On press YAYOMG!, the sisters said they are influenced by the Jonas Brothers as well as their father. In addition to swimming, they also all are competitive runners. They also have been featured on Radio Disney.

Their latest release was the album “Three by Three”. The album features three songs and was released on May 14 of this year.

Tune into NBC tonight at 8 pm EST/7 pm CST to watch the trio perform their audition on America’s Got Talent.

Agreed. I think Howie was a bit harsh, I thought the vocals were decent. Even legit rock bands aren’t perfect vocally while playing live and they are running around the stage while also playing an instrument. I’m happy they made it through. I liked the song and I can see kids liking them a lot.

Yes, the audience was highly in favor of them.

Seen them perform,not good material they should have been voted off.

They’re really good. Original songs with strong hooks. Great vocals and melodies. Poppy, very well written, performed and produced. Great sound. And how many songs have the word “hamstring” in the lyrics? I wish them lots of success!