Swimming Australia Pulls Out Of WUGs, Will Race At U.S. Nationals 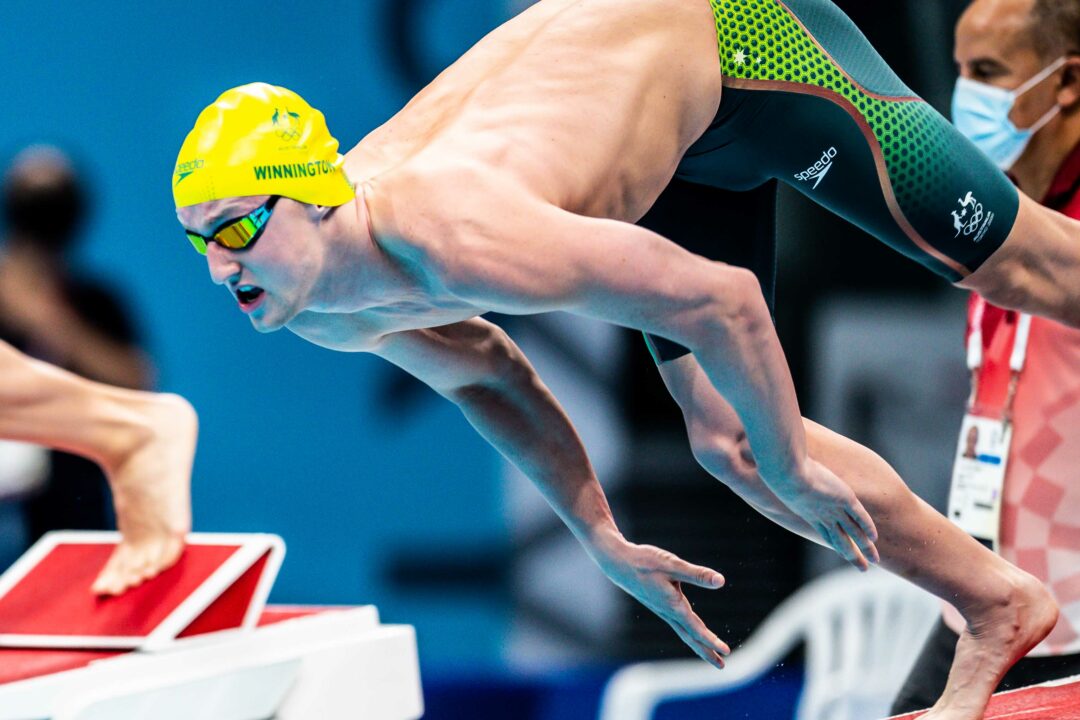 Aussie Elijah Winnington topped the podium twice at the 2019 U.S. Nationals, with the green and gold making another trip to the meet now in 2022. Archive photo via Jack Spitser/Spitser Photography

The next edition of the FISU World University Games, the world’s largest international multi-sport event for student-athletes, is scheduled to take place from 26th June to 7th July 2022 in Chengdu, China.

However, the typically biannual sporting event is inevitably linked to the current political and military conflict between Russia and Ukraine as both nations compete in the Games.

In fact, the International University Sports Federation (FISU) President Oleg Matytsin hails from Russia, though he is currently ‘on leave’ due to his role in the nation’s systematic doping programs investigated and ultimately sanctioned by the World Anti-Doping Agency (WADA).

These factors combined with the fact that the Games are being hosted by China, a nation that has been hesitant to criticize their Russian allies, are leading some nations to the decision of withdrawing from the World University Games.

On the heels of British Swimming official withdrawing from the WUGs, we can report that Swimming Australia, too, has decided against participating in the event.

A statement from March 7th reads, “Swimming Australia wishes to advise that it will no longer be sending a team to compete in the FISU World University Games in Chengdu, China, from June 26-July 7, 2022.

“Following the withdrawal of our Pan Pacific Partners USA Swimming and Swimming Canada, a decision has been made to seek alternative competition opportunities that best serve the development of our athletes.

“Swimming Australia remains committed to both Australian and World University Sport and look forward to competing in the World Games again in the future.”

Swimming Australia sent a squad to U.Ss Nationals 3 years ago in 2019, where the likes of Elijah Winnington, Jenna Strauch, Daniel Cave and Matt Temple competed against primarily American talent.

In fact, it was at that 2019 edition that Winnington topped both the men’s 200m and 400m freestyle events in Irvine.

Swimming Australia did not send an official team to the 2021 FINA Short Course World Championships and we’ve already reported that at least both Emma McKeon and Kyle Chalmers are opting out of the World Championships in Budapest this summer. They will be targeting the Commonwealth Games in Birmingham instead.

What a simple, brilliant idea: to have the U.S. Nationals become THE premiere long course event on the 2022 Summer schedule. Certainly the facility @ Irving, CA is superb; the July weather is great; and you KNOW that they can handle an influx of swimmers from many different countries. China has already shown its cards vis a vis Ukraine. No one wants to use the word ‘boycott’ but Irving sounds better than Chengdu to me!

Do we think this will be top talent or more of the team they would send to WUGs?

Qualifying for this Aussie Uni team is done at trials in May which is also Comm Games trials, so if an athlete places top 3 overall and meets the qualifying time then they will be selected to the Comm Games Team, if however you are a Uni Student Athlete that places top 2 outside of top 3 overall athletes and you meet the Uni Games qualifying standard you will be eligible for the team to go to Irvine CA. It is possible that a number of top tier Uni Students will make the Comm Games team leaving the next best to battle it out in the USA. I have no doubt whoever is selected will fly the Aussie flag very… Read more »

They have to pay their own way .

Are you for real…..I didn’t read that bit. Crazy decision whomever come up with that idea.

They always have because University sports is not a thing in Aust & no one gives a *.