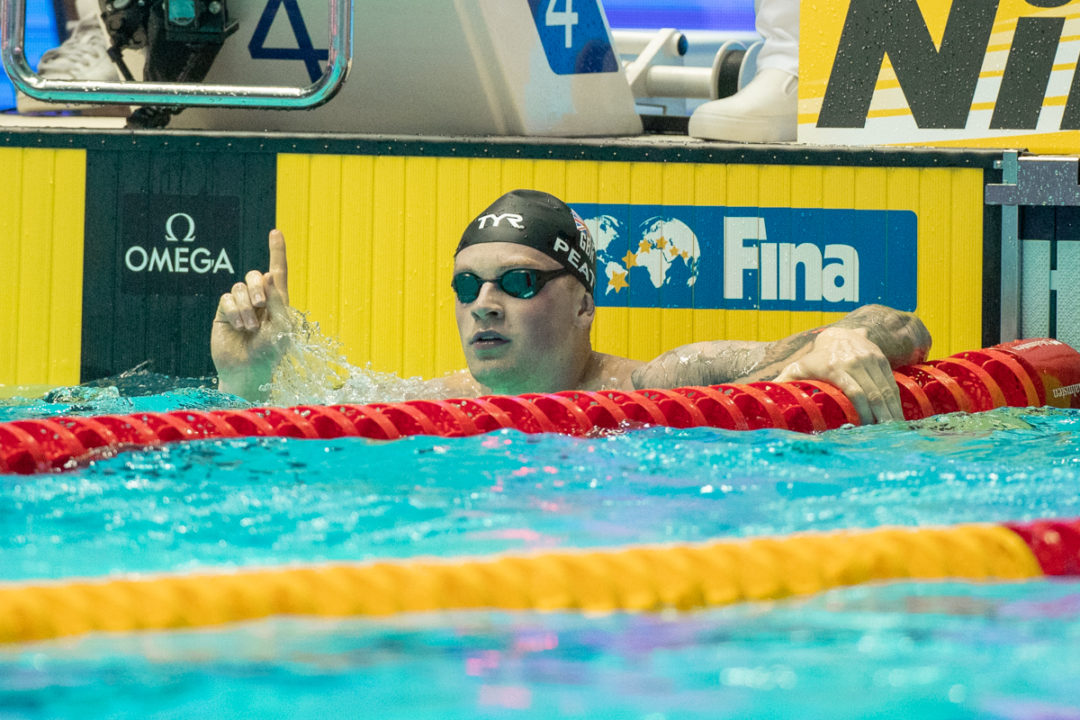 On Sunday, Adam Peaty became the first man to break 57 seconds in the 100 breaststroke. Could a swimmer be capable of a similar performance in another event? Current photo via “Rafael/Domeyko Photography”

While competing at the 54th Geneva International Challenge, Swiss swimmer Roman Mityukov fired off a new national record in the men’s 200m backstroke.

A couple of days ago, Adam Peaty became the first man to break 57 seconds in the 100 breaststroke as he delivered an incredible 56.88.

He is also the only swimmer to ever break 58 and he has the 17 fastest performances of all time.

I think I don’t need to explain why this record is one of the most legendary ever.

But what if there would be a swimmer capable of a similar performance in the 100 freestyle? Or in the 200 fly?

To imagine that, I conducted a statistical analysis using a methodology called Extreme Value Theory.

It is based on a scientific paper I wrote with Ligia Henriques-Rodrigues, a professor of the Department of Statistics at São Paulo University, called “Swimming performance index based on extreme value theory” published in the International Journal of Sports Science & Coaching*.

Basically, I took the times of the 150 best performers in each event and modelled the data in order to determine the probability of an specific time be exceeded.

Using Extreme Value Theory, we can determine the theoretic probability distribution of such data – this distribution is called Generalized Pareto distribution.

We now can evaluate the probability of Adam Peaty‘s world record being exceeded in the universe of the 150 best performers of all time. This probability equals to 0.3%.

Similar analysis can be conducted for other events. For example, the probability of Ryan Murphy‘s world record in the 100 backstroke being exceeded equals to 0.91%.

We now can evaluate the time in the 100 backstroke which leads to a probability of 0.3% to be exceeded. This would correspond to the time that matches Adam Peaty‘s world record. Such time is 50.49.

The same analysis is conducted for every other individual male event.

The stronger the time, the less the probability of exceedance.

The probability of the Peaty’s world record to be exceeded is, of course, very small.

What would be the time in the 100 freestyle, or in any other event, to match such probability?

The times are listed below (male events only).

It is really interesting to observe how fast the swimmers would have to be in some events to match Peaty’s record.

How many years will we have to wait until swimmers are capable of performing like this?

Adam Peaty is truly ahead of our time.

This is really cool— I’m curious whether the 150 swimmers are all-time performers, or active swimmers, or performances in the last year, etc. Specifically, if this includes supersuited swims, that would be even more impressive than I originally thought.

To be so dominate in a 100 race is unprecedented.