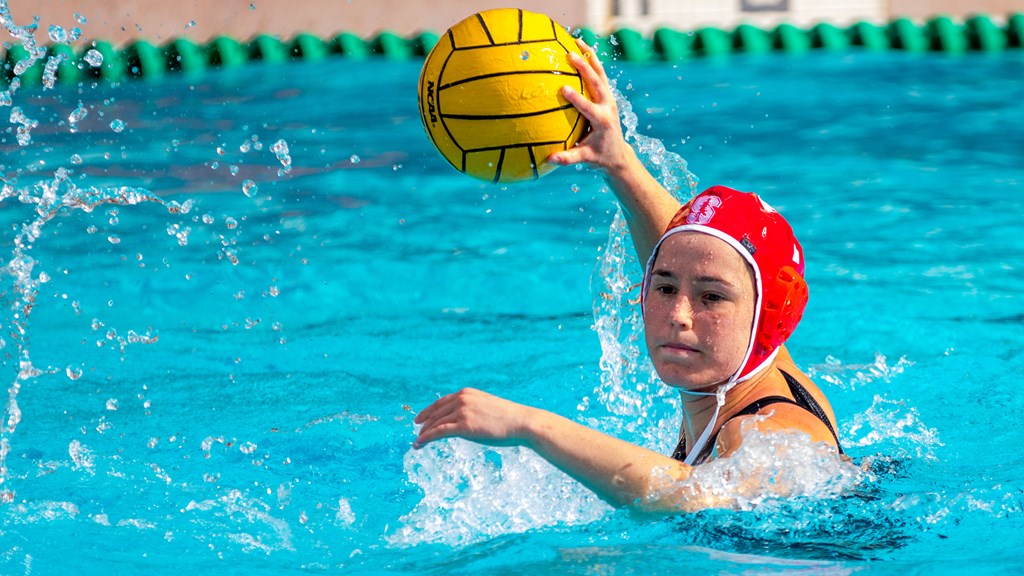 With just one Top 25 upset on Week 5 of the collegiate women's water polo season, it is no surprise that movement in the Top 25 poll was minimal. Current photo via Stanford Photo

With upsets at a minimum on Week 5 of the collegiate women’s water polo season, it is no surprise that movement in the Top 25 was minimal.

Stanford and UCLA maintain the top two positions in the poll for the second straight week. The Cardinal tallied a pair of Top 20 wins, besting #18 Pacific 17-3  behind four Madison Stamen goals and #12 Fresno State 8-6 with help from a Sarah Klass hat trick. The Bruins had the week off from competition.

There was only one small adjustment to the Top 10. Hawaii and USC, who were tied at #3 in the Feb. 12 poll, have separated with the Rainbow Wahine holding down the #3 position, while the Women of Troy fell one place to #4.

Hawaii returns to action today (Wednesday) after 17 days away from the pool. The Rainbow Wahine (8-0) face Azusa Pacific at 9 p.m. ET, marking their first action since posting five wins at the ASU Cross Conference Challenge, Feb. 1-2.

USC won its lone contest on Week 5, edging past #6 UC Irvine 9-6 on Saturday. The Women of Troy were led by Denise Mammolito and Kelsey McIntosh, who each netted a hat trick.

Princeton climbed two spots from #21 to #19 after going 2-1 at home last weekend. The Tigers fell to #17 Wagner to open the Princeton Invitational, but rebounded with wins over #22 San Diego State (7-5) and Long Island Brooklyn (13-9).