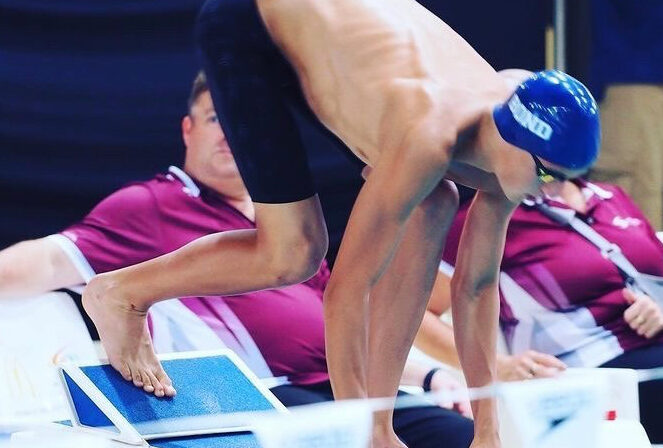 Although no new national age records went down tonight in Adelaide at the 2022 Australian Age Championships, there were still several notable swims indicting the up-and-coming athletes within the nation are on the right trajectory.

Following up on her 100m freestyle win from yesterday, 15-year-old Hannah Casey rounded out her sweep of the sprints for age by taking the 50m free.

Topping the podium in 24.96, the Marist College athlete represented the only member of the field to get under 25 seconds, although Carlile’s Olivia Wunsch was right near the barrier with her silver medal-worthy 25.09. Nabbing bronze was Milla Jansen of Bond who touched in 25.65.

The trio finished in the same order in the aforementioned 100m free yesterday, with each of them remarkably dipping under the 55-second threshold as just 15-year-olds.

After capturing the 200m and 100m freestyle golds here, including knocking down a new national age record in the latter, Southam completed the job with a solid 22.54 in the splash n’ dash tonight.

Considering the history of the women’s 50/100/200 free in Australia it’s pretty awesome for Hannah to insert herself into the age rankings as #3/#2/#1 respectively behind only C1 and Kukla in the 50 and C1 in the 100.

Perhaps Southam will drop a little more time in the 50 with proper taper for trials instead of just a few days rest.

Kukla was the next big thing after Cate and showed so much potential.. it’s too bad she never really got to that level based on her trajectory in 2010

She was brilliant around 2010, but I think her background (gymnastics) put her a good few years ahead in her development. I know a few gymnasts and they have an ungodly amount of strength from a very young age.

Would be awesome to see him and Kyle Chalmers represent in Paris .. and maybe Comm games this year if stars align

3 per country at Commies so a solid chance that it will happen.