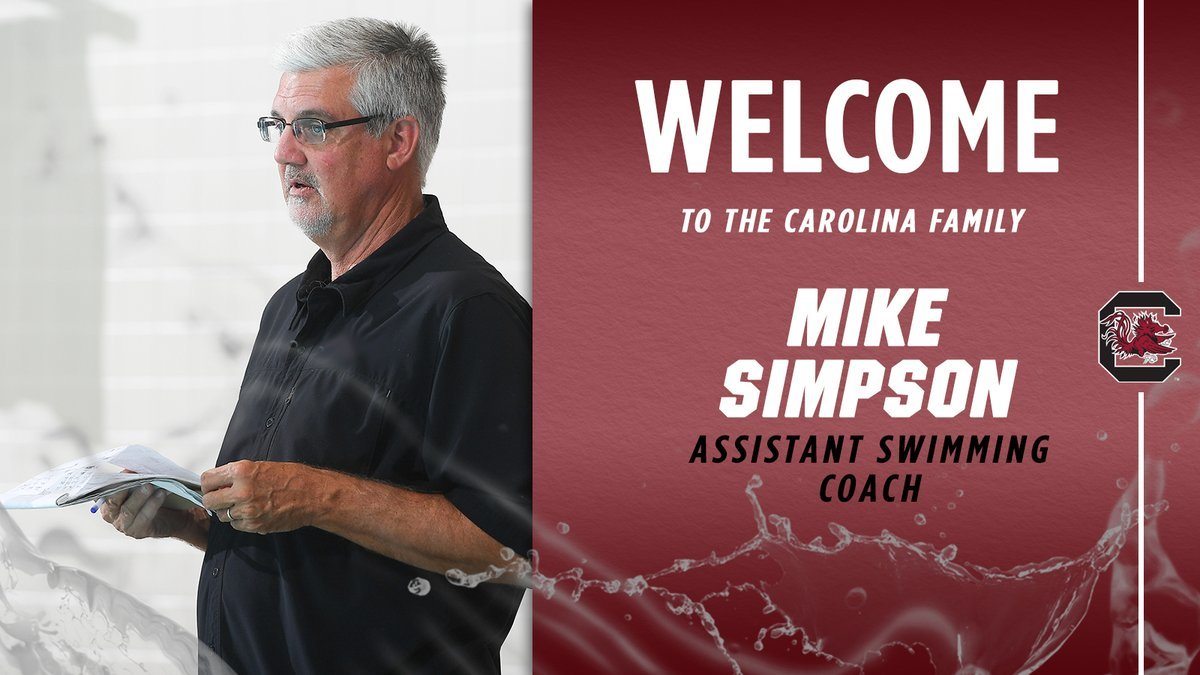 Mike Simpson has been added as an assistant coach with the South Carolina Gamecocks. Current photo via Gamecock Swimming

One day after announcing Pam Swander as their new assistant coach, replacing the departed Mark Bernardino, South Carolina has added another as Mike Simpson steps in as an assistant for both the men’s and women’s swimming programs. With this addition, it looks like their staff will grow by one next year. The announcement of the hiring was made by swimming & diving head coach McGee Moody.

“I am so excited to join Gamecock swimming and diving. It’s tough leaving a place where you put down roots for 19 years but my wife and I are ready to take a leap of faith and make a difference in Columbia,” said Simpson.

Simpson joins the Gamecocks after spending the last 19 seasons as the head coach at Gardner-Webb University since the program’s inception in 1999.

“McGee (Moody) has put together a great staff that’s going to have a lot of fun and a fantastic team culture that Coach Pam (Swander) and I hope to contribute to,” continued Simpson.

Simpson led the Gardner-Webb women from the beginning, starting in ’99, and later took over the GWU men’s team prior to the 07-08 season. He led the women’s program to four straight Northeast Conference Championships from 2003-2007, and was named NEC coach of the year four times.

“Mike has a wealth of swimming knowledge that he has used to create and build the Gardner-Webb program. His ability to connect with athletes and bring out the best in them is invaluable,” described Moody. “He is one of the country’s best swimming minds and showed me immediately that he cares deeply about our program and investing in the future success of all of our Gamecock swimmers and divers.”

“I am excited to see Mike’s impact on our team culture and the extent to which he will continue to help us climb in the national rankings. This is a dream staff. I couldn’t be happier with the coaches that now make up the Gamecock swimming and diving staff. The future is bright,” concluded Moody.

Congrats my friend and mentor.

If you are a GWU Swammer and think he’s a snake, you’ve got something wrong with you. That man gave everything he had to every athlete he coached for 19 years. He built an established program at a backwards school in a one stoplight town, and gave you a chance. You have no respect for him, the opportunity that HE gave you, or that program if you couldn’t show respect to the opportunity that he’s deserved for years. You don’t deserve to call yourself a Gardner-Webb swammer if you can’t understand that.

You got the backwards part right that never changed to this day. Also I agree he has definitely deserved an assistant coaching job for quite some time doesn’t seem like the whole head coaching thing has been the best. Best of luck at USC🍻

Congrats Mike to you and your family. The Gamecocks are not only getting a great coach but also a man of high character.