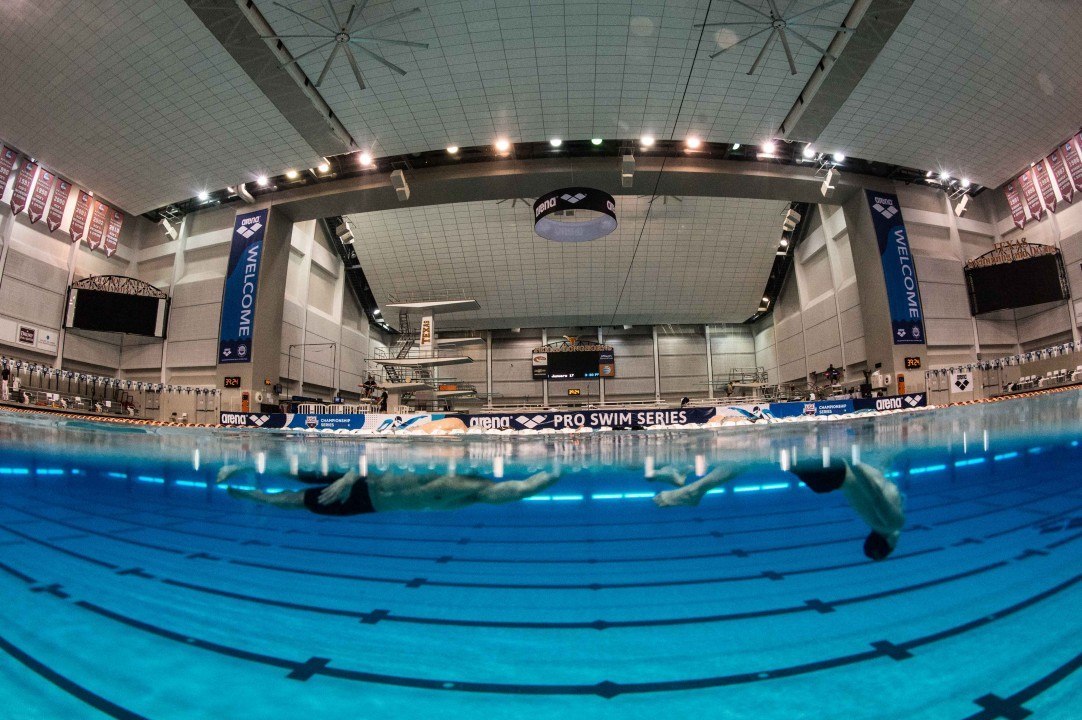 Long course season has officially kicked off, bringing with it some impressive “early-season” swims and time drops on the club level.

Last weekend, Longhorn Aquatics hosted the TXLA 11&Over Long Course Kick Off. The meet featured clubs from the Southern Texas area, including several swimmers from the University of Texas.

Wang is committed to swim for Harvard as part of the class of 2027. His primary events are sprint freestyle and butterfly, but he also swam the 200m freestyle last weekend. He dropped 2.60 seconds off his best, going a 1:59.43.

At the Long Course Kick Off, 16-year-old Andrew Zou from Longhorn Aquatics came in second overall in the 100 breaststroke with a time of 1:04.39. Although this is over half a second off his best time of 1:03.80, this swim is the 5th fastest in the 15-16 age group this year.

The majority of the events were won by swimmers from the University of Texas. Several of these athletes swam well for this point in the season, posting times that are just off of their personal bests.

Cole Crane (listed in the results as Sterling Crane) threw down a best time in the 50m freestyle, clocking a 23.37. This is nearly a second faster than his previous best of 24.28, and is only .28 off the Phillips 66 National Championships qualifying time.  Crane also swam the 200m butterfly, posting a 1:59.80. This was 1.47 seconds slower than his best time 0f 1:58.33, but still significantly under the qualifying time for Nationals.