Shouts From the Stands: Why My Swim Team is Different than a Fraternity or a Sorority 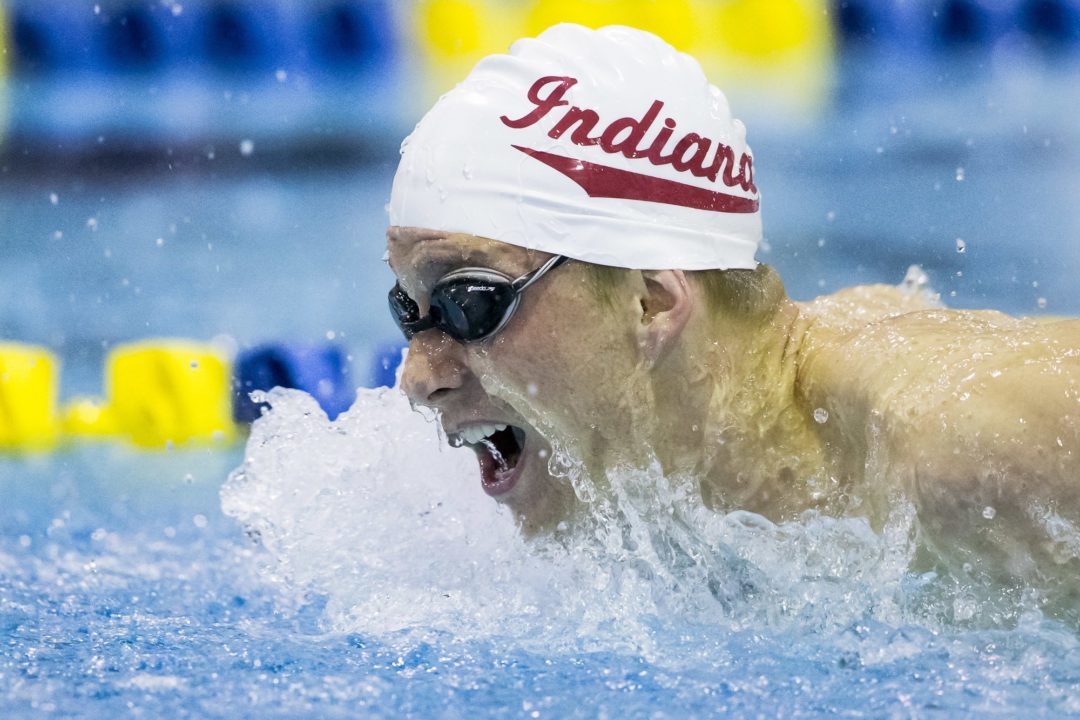 SwimSwam welcomes reader submissions about all topics aquatic, and if it’s well-written and well-thought, we might just post it under...

Curtis Goss is a junior at Indiana University, and below he writes about how his team is different than a fraternity or sorority.

First, nothing against Greek houses. They participate in much more community service than we do and ever could because of our practice schedule, and that by itself is a very good thing. It’s also difficult to get into a Greek house, and putting yourself out there and dealing with potential rejection is honorable.

But with all of that said, I would much rather be on my swim team than in any Greek house.

First off, I don’t really get to pick who’s on my team. The only time we will ever reject a recruit we believe can help our team in the pool is if they have an attitude that would damage team chemistry. That’s it. We can’t keep them out because they’re too this or too that. If they have the times, we want them on our team. Period. What this creates is an incredibly diverse group of people. Just on our men’s team, we have guys from 11 different states, 5 different countries, and wide-ranging religious beliefs, all with roughly 18 years of completely different lives up to the point of college. I take pride in the fact that I can carry on a conversation with any one of these guys, that I can hang out one-on-one comfortably with every member of the team. We all know each other’s goals, athletic and otherwise, and we all know each other’s character. It’s very easy to surround yourself with people who are the same as you, and swim teams completely break that mold and c hallenge us to find common ground with a vast range of personalities, which, if I’m not mistaken, is very good practice for reality.

The guys’ team is diverse enough on its own, but we also swim daily with the women’s team. This is like having a fraternity and sorority together for four hours a day, none of which is spent partying. This will test the patience of any guy or girl, because in athletics guys and girls need to be treated differently in order to succeed. It’s just a fact. It’s difficult not to view treatment from coaches as sexist or favoritism and accept that they are following years of science and philosophy on how to obtain the best performances out of each athlete. And this isn’t fair; doing the exact same thing with different treatment isn’t fair. But, as we’ve all heard before, life isn’t fair.

Lastly, we go to battle as a team nearly every day, whether at practices or meets. It is my belief that you can learn almost everything you need to know about a person by watching them in a swim practice. When they choose to go fast, their attitude towards hard work, teammates, and coaches, and even how early they show up to practice, among other things. We are so raw in all of these moments, sometimes for as much as 5 hours in a single day, that everything about a person is exposed. Sometimes a great friend out of the pool annoys you like hell in the pool, or vice versa, and you have to find a way to reconcile that. Sometimes frustrations boil over and a yelling match ensues, but it has to blow over by the next practice. It’s difficult to find common ground with 60 people, but on a swim team it happens, and when it does it’s a beautiful thing.

I guess what I’m trying to say is that Greek houses seem more like organizations. You have the tight-knit group of people you keep around you, but there are people you simply don’t talk to. A swim team, however, is above all else a family. A mildly dysfunctional, obnoxiously large family, but a family nonetheless, and I don’t see how anyone could want to be part of anything else.

Also, no hazing, free clothes, and early registration for classes. That helps.

Let’s lighten up. It’s a fun well written article. Personally I agree with him but everyone doesn’t need to. Just enjoy what he says.In the interest of disclosure, I did coach one of the IU women swimmers now in Greensboro. However,thinking back to my college swimming experience 50 years ago, he makes some great points.

Curtis, good job! I am so proud of you!! I sure miss seeing you guys from the Class of 2012. I’m glad to see you express your opinion so well. Keep up the good work.

I would like to point out again (as OZSU has already done). This is an Oppinion Piece.

Everyone is entitled to their own oppinion. Clearly Curtis has had wonderful experiences on the Indiana Swim Team. In my opinion (once again, *opinion*) His love for his team is the only thing that really matters.

I would also like to point out that Curtis is not just speaking for himself. He claims he is speaking for the majority of swimmers.

Here is what he wrote: “it is my opinion and (with a bit of guesswork here) the opinion of most swimmers that if a swim team was an apple and a Greek house was an orange, the apple is the better choice, while acknowledging that oranges are good, too.” Who is he to say that MOST SWIMMERS would share his opinion. In fact, in the comments section, there are people who don’t feel the need to say one is better than the other. – “Both are different but rewarding groups to be a part… Read more »

I think it is a great article. As a former member of this team from a time a long long time ago I had the fortune to experience both worlds. The funny thing about hazing, back then some teams hazed worse than some of the fraternities. What makes swimming more fulfilling in many ways than greek life is you get what you put into it. You bust your butt for 14 workouts a week with individual and common goals. Being in greek life myself I was never able to put the time in I really needed to because of the demands of swimming. How the hell I was elected president of my greek organization I will never know. The great… Read more »

I second your comment — as a former D1 swimmer who was a member of a sorority OR was I a sorority girl who happened to be a swimmer? Both had their own successes and failures. I have two groups of women who I can still count on in a pinch. Both had leadership that cared about me first as an individual and then the athlete/sorority member. Swimming and Greek Life is a small world — we are everywhere and someone always knows someone you either swam with or did a keg stand with.

love this. i miss my swim family so much!

As a student-athlete who is a member of both, I agree with BLW! Both are different but rewarding groups to be a part of.

Let’s also point out that being on a swim team at a major D1 school is not an easy feat. The diversity on the team shows just that – there is no way a team at high level NCAA swimming is going to not recruit globally (certainly nationally).

Why is it necessary to putdown another college organization in order to prove the merits of being on a swim team?

Your argument is based on your own anecdotal experience. Not everybody’s swim team experience or greek life experience matches your own. Not everybody shares the same preferences for what sort of social life balance they want in college.

Making a grand statement about how being on the swim team is better than being in a sorority/fraternity is akin to comparing apples and oranges since most people don’t even have the option to participate in varsity athletics. Athletics and greek life are not mutually exclusive.

Says the brother in SAE^

Hey BLW! Thanks for the comment. I just wanted to clarify that it wasn’t at all my intention to put down anyone via this article. It is my opinion and experience that swimmers and many other sports teams have a bond greater than any other college organization because it goes beyond the time and the friendship. The intention of this article was to 1) speak up for an affinity group that is often under appreciated and misunderstood (i.e., swimmers) and 2) distinguish between many believe are basically the same things. So, yes, you are correct it is a bit of an apples/oranges comparison and also, yes, athletics isn’t the best for everyone; but it is my opinion and (with a… Read more »

I think it is fair game for you to express your own personal preferences, but I do not feel like that is the sole point of your article. I feel like the tone of your article implies that you are going beyond the scope of your personal experience and making a broad generalization that the experience afforded by the swim team is categorically better than that afforded by Greek life. You seem to want to speak for “most swimmers”, but you only back that up by using your personal anecdotal experience and your “hunch” as evidence for why your generalization holds.

Nice article Goss. I have heard “there is life after swimming”. As a former swimmer, and long-time swim coach, “I just haven’t found it yet”. Only those that have been long-time, committed, swimmers could ever really understand the time, energy and dedication it takes to train 11 1/2 months a year, for only two or three weekends of top performance. Maybe the swimmers are the crazy and unbalanced ones, but they sure are responsible and dependable and loyal to their friends and their sport, no matter what. Keep up the good work. Watch out for the “politically correct” people, who love to hate and complain.
Coach Murphy

The title of the article is “Why MY swim team is different than a fraternity or a sorority”. This is an opinion piece talking about HIS experience on HIS team