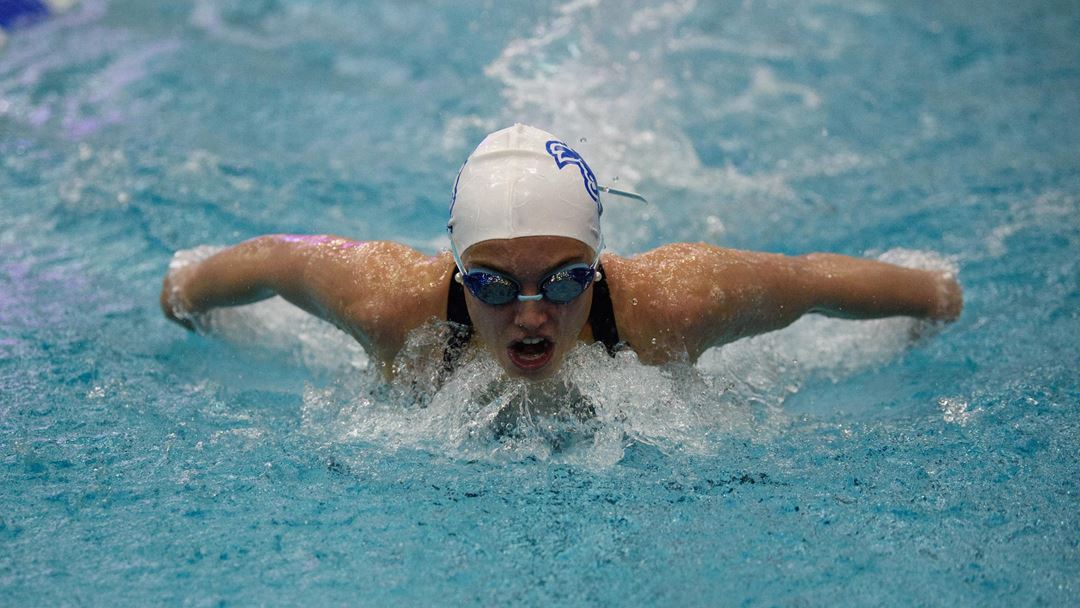 The Seton Hall men took both relays and won nine individual events, while the women took 11 events and the relays in wins over Monmouth and Montclair State. Current photo via Seton Hall Athletics

Junior Trevor Askew, freshman Blake Reynolds and sophomore Camryn McHugh each opened their seasons with a pair of first-place finishes to lead the Hawks.

NOTES & QUOTES
“The first meet of the season is always exciting as it is our first opportunity to compete against outside competition and get a measure of how the team is progressing. The results are a good indicator of areas we are performing well, and where we need to improve. The overall energy of the team was good and we swam with great effort.”
– Monmouth head coach Matt Nunnally

– Classmate James Leitz won his first-career race by finishing first in the 100 back.

– On the women’s side, Camryn McHugh picked up where she left off following a standout freshman season. McHugh won the 100 back and 100 fly to increase her career wins total to 26.

– Rookie Tahlia Botha placed first in the 200 breast in her collegiate debut.

NUMBERS CRUNCH
– Trevor Askew set a new personal best with his first-place time of 58.89 in the 100-yard breaststroke.

– Lauren Baines set a new personal record with her third-place finish of 2:21.39 in the 200-yard butterfly.

UP NEXT
Monmouth returns to the pool on Saturday, Oct. 26 when the Hawks challenge conference foe Fairfield. The meet is scheduled to begin at 1 p.m.

South Orange, N.J. –  The Montclair State men’s and women’s swimming and diving team competed against Division I Seton Hall and Monmouth University on Friday evening. The Red Hawks dropped both dual matches as the men fell to 0-3 and the women dropped to 1-2 on the year.

Senior MADISON FRANKE had another strong showing on Friday and placed second in the 50-yard freestyle with a time of 25.46. She finished .13 seconds behind first-place finisher Sierra Cripps of Seton Hall. She added a sixth-place finish in the 200-yard freestyle after touching the wall in 2:03.57.

PONSEE IBRAHIM tallied a score of 180.08 to place third in the 1-meter dive.

On the men’s side, SAMUEL GOLOVIN touched the wall in 52.95 to finish second in the 100-yard butterfly. He also added a sixth-place finish in the 50-yard freestyle.

TYLER DORSETT placed third in the 1,000-meter freestyle with a time of of 10:45.59 and finished eighth in the 100-yard freestyle. KEVIN GIBSON recorded the next highest finish for the men and touched the wall in 5:10.94 during the 500-yard freestyle and placed fourth.

Montclair State returns to action on Saturday to Panzer Pool for its Homecoming Meet.