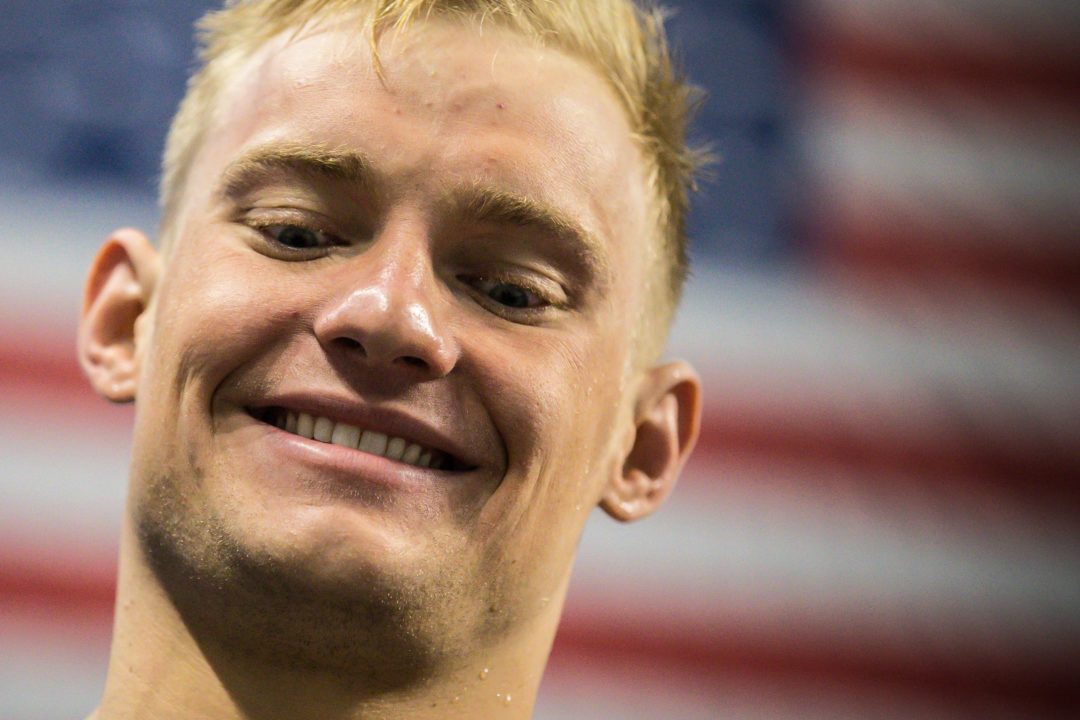 Seliskar (above) scratched his Sunday races, while Hali Flickinger and Alex Walsh both made noteworthy, but opposing, event choices. Archive photo via Jack Spitser/Spitser Photography

At a Knoxville Pro Swim Series meet that already lacked a little bit of punch in starpower, one of the biggest names from the meet have packed up and finished his meet early.

Andrew Seliskar has scratched his Sunday events, thereby concluding their first 2020 foray into the series.

Seliskar’s scratch out of the 200 IM, along with the whole-meet scratch of Brazilian Vini Lanza, the #1 seed, leaves teenager Carson Foster as the top seed.

Scratches from Swimmers who haven’t raced yet (AKA not surprises by this point of the meet):

Good catch – USA Swimming usually picks up those times, but looks like they didn’t in this case. Will update.

He doesn’t break out those pecs for just anyone.