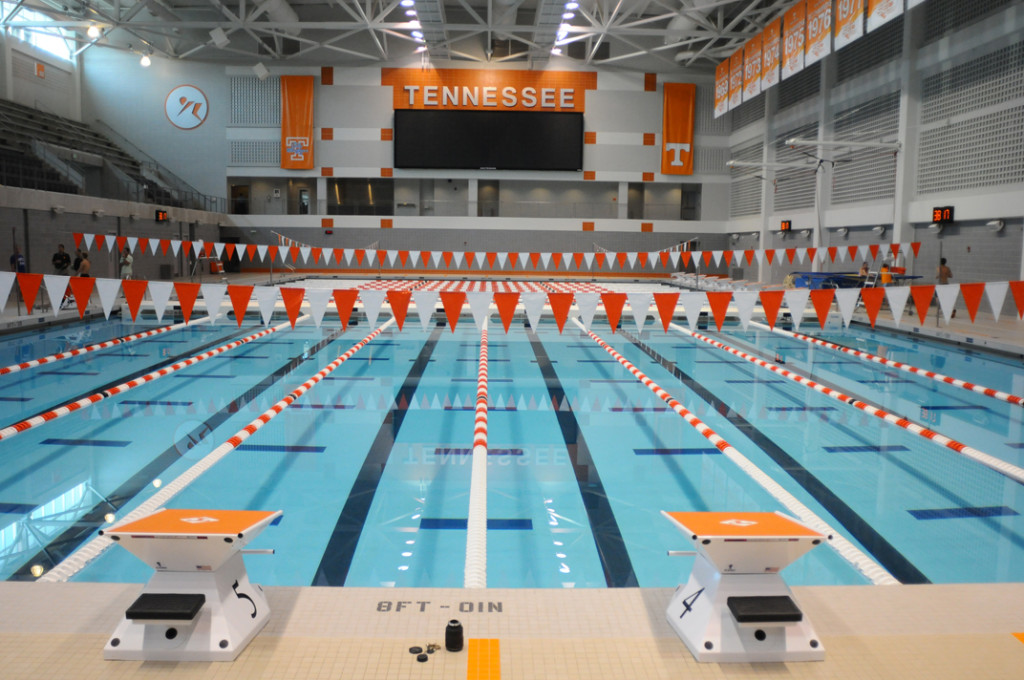 While overall ticket sales were down in Knoxville as compared to 2019, sales of all-session passes and the premium seats with a VIP experience were up. Archive photo via University of Tennessee

Ticket sales were down, but revenue was up for the first USA Swimming Pro Swim Series meet of 2020. The meet was held from January 16th-19th, 2020 at the Allan Jones Aquatic Center in Knoxville, Tennessee, and is technically the 2nd event of this season’s series after November’s stop in Greensboro, North Carolina, but is the first of the new calendar year.

Last year, the Knoxville meet was also the first of the year, and it served as a drag on overall-positive ticket sales for the season. Last season, USA Swimming reported that 1,200 out of 2,100 available tickets for the event were sold, about 57% of available capacity (the pool technically has 1,284 seats of spectator capacity, but some seats are occupied by media, sponsors, and production-related equipment, and not necessarily available for sale).

This year, USA Swimming said that the meet aw a “single digit decline” in tickets sold, though they pointed to an increase of specialty tickets, including a 78% increase in All Session Premium tickets, which include a VIP experience, as compared to the 2019 meet. In general, all-session tickets saw an increase as well, showing a bigger group of engaged spectators willing to attend the full meet.

Last year, ticket sales in Des Moines accounted for $23,900 in revenue. While USA Swimming has not yet released the revenue for this year’s meet (it will likely be included in the minutes for a future Board of Directors meeting), they did say that an increase in athlete and coach attendance from last year’s meet meant that revenue was still on pace for the overall meet.

USA Swimming reported in 2019 that the Des Moines stop in February sold 96% of capacity (2,200 out of 2,300 available tickets), and the Richmond meet (at a much smaller venue) was a sell-out.

In the past, USA Swimming paid hosts a $20,000 management fee in order to entice them to host the series. Last year, however, cities bid for the rights to host a meet in the 5-stop series. The result was 5 new stops that haven’t hosted recently, and, on average, smaller venues for the series, and a lot of public concerns over whether fans would show up to watch smaller fields in cities that are often more remote than traditional hosts like Austin or Columbus. The population of the Knoxville metropolitan area is almost 900,000, ranking the region 64th out of 384 metropolitan statistical areas in the U.S, similar in size to Albany, New York or McAllen, Texas.

This year, the series will be in Des Moines in early March and then in Mission Viejo, California, outdoors, in April. The series wraps in Indianapolis in May.

My son’s club hosted this meet and we came out to watch the swimming. Knoxville has been hit very hard with flu this season- Knox County schools closed last week after steadily declining absences and teacher illness. I’d imagine that may have impacted the numbers. I know of at least one family who planned to attend but stayed home with the flu.