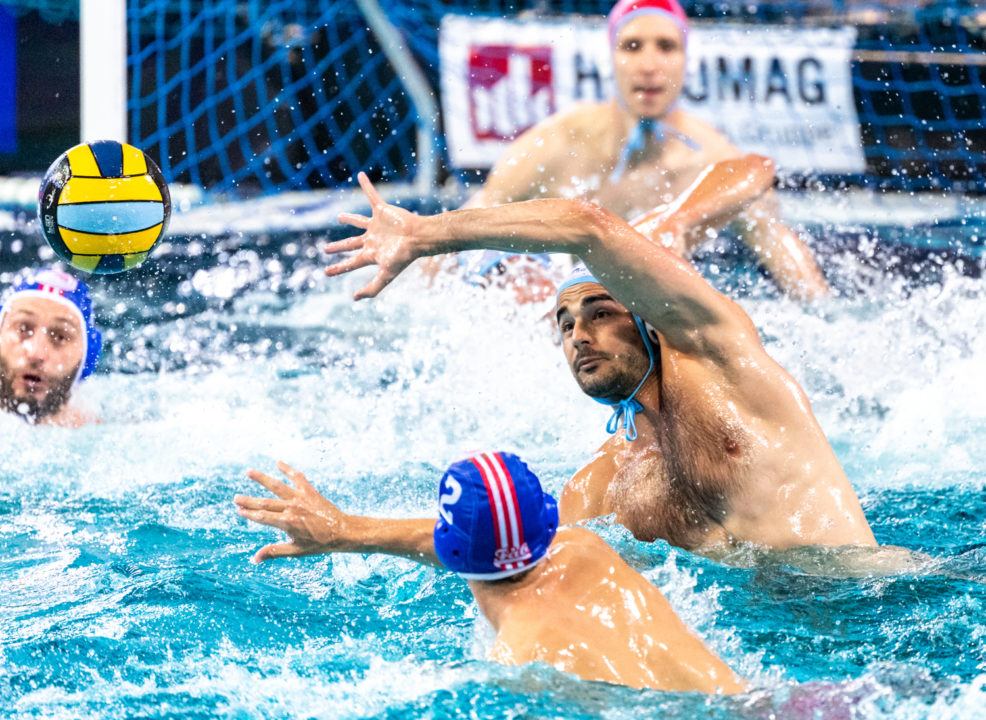 OSC defeated the title-holders as they won the last ten minutes of the Hungarian derby 7-2 and claimed a win in the home of FTC which lost for the first time. Archive photo via G.Scala/Deepbluemedia/Insidefoto 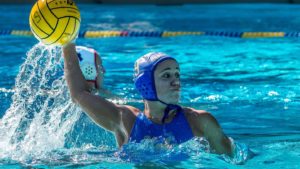 OSC outpowered the title-holders as they won the last ten minutes of the Hungarian derby 2-7 and claimed a fine win in the home of FTC which lost for the first time in the season after 23 matches. This gave Recco a three-point lead as the Italians did a clean job in Tbilisi. Among the chasers, both Mladost and Terrassa earned another crucial win respectively to stay in the hunt while Euro Cup winner Marseille seems to bow out from the race for the Final 8 after a third straight loss.

Recco ticked the ‘compulsory’ task in Tbilisi. This time the match didn’t offer the same scoring festival as the previous one when Recco had won 24-9. The Italians switched to ‘energy saving mood’ once they built a massive 2-9 lead by halftime and added only four goals in the second part.

After cashing in the three points, all they needed was a win from OSC against FTC – and the Hungarian derby went exactly that way. The first half saw more struggles from both teams than fine plays, something insiders expected from a game where two-third of the players were part of the hottest actions at the European Championship, finishing just nine days ago. The host side’s man-up failed spectacularly, and despite these two teams have tremendous offensive power, the first half produced only seven goals (3-4).

Then Ferencvaros caught a better spell, Denes Varga, MVP at the Europeans, showed his class and with a 3-0 run the title-holder took a 6-4 lead. But OSC responded well, fellow European champion Balazs Erdelyi’s magnificent shot from the distance was followed by Balazs Harai’s brilliant finish from a man- up 57 seconds later so it was even before the last period.

Ferencvaros missed another man-up at the end of the third, then OSC netted a quick double, both from nice counters in a span of 64 seconds and this four connecting goals did the damage. Though Gergo Zalanki netted his third but soon he was fouled out (the other gold medallist leftie Marton Vamos sat on the tribune due to illness) and Sava Randelovic just beat the buzzer and the goal-line for 7-9. That was crucial, since the next FTC man-up ended up in another OSC counter and another goal from Gergely Burian. That was decisive, the visiting side won the last ten minutes 2-7, scored four action goals in the last period and grabbed four points in the two games against the title-holder, getting something back it had lost against Marseille at home in
the autumn.

At the same time, Ferencvaros could only get a single point in the two matches against OSC and for the first time in the season they couldn’t reach double digits in scoring – which also halted their unbeaten run in the current season which counted 23 matches in all competitions since September.

Marseille was unable to get out from the downward spiral and suffered a third defeat in a row. Losing to Mladost away and then home in this round seems to be crucial. Though the French took the lead, the Croats replied with four unanswered goals and especially in the second period they were overwhelming in front. They netted six during these eight minutes, mostly from counters and that gave them a 5-9 lead. That was too much to handle for Marseille, which fought bravely and managed to halve the distance by the end of the third at 9-11 but could never come closer. Thanks to this win, Mladost keeps up with OSC and is only a point away from Ferencvaros while Marseille would need to overcome a seven-point gap.

Terrassa and Hannover offered another thrilling match just like their battle in Germany in December. It was tight and balanced from the beginning to the end with the lead changing from time to time. Though Hannover is already out of the F8 race, the Germans pushed hard and were in front even in the fourth at 8-9. Then came Alberto Barroso with two fine goals in 51 seconds and even though Hannover could equalise twice after that, Terrassa had the last laugh as Bernat Sanahuja – silver medallist in Budapest – put away a 6 on 5 with 1:18 remaining. The Germans had two man-ups within the last minute but couldn’t convert either and had to settle for another single-goal defeat, the third one in the season.