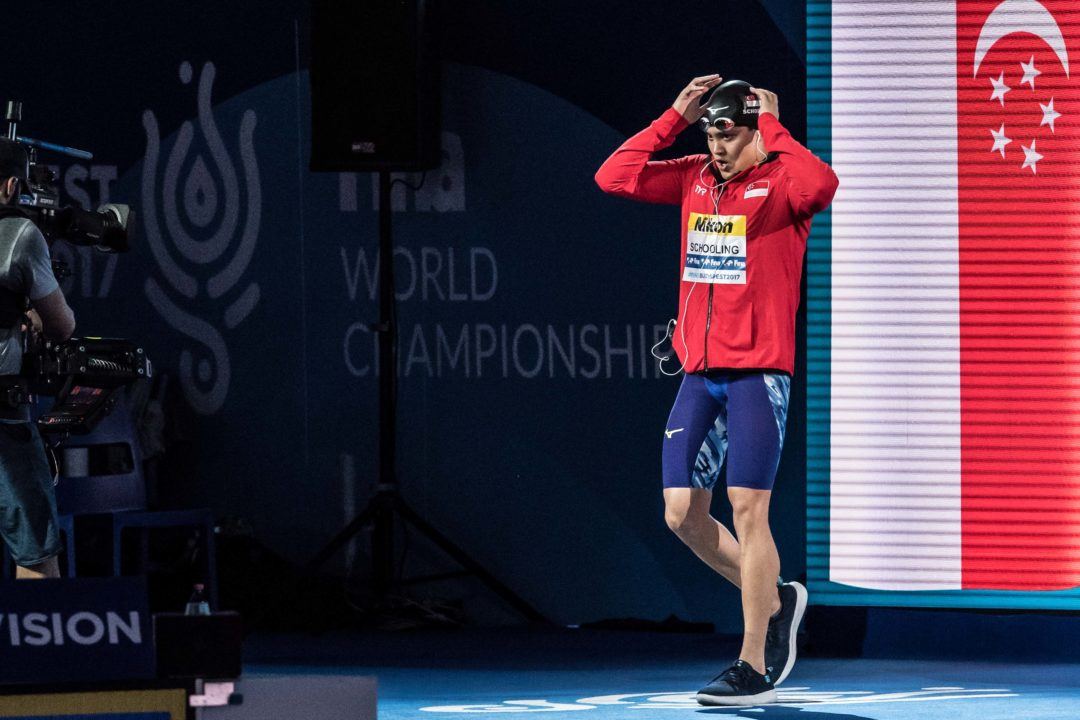 For the sixth time in his career, swimmer Joseph Schooling has earned Sportsman of the Year honors at the Singapore Sports Awards. Archive photo via Mike Lewis/Ola Vista Photography

For the sixth time in his career, swimmer Joseph Schooling has earned Sportsman of the Year honors at the Singapore Sports Awards this week. The Olympic gold medalist, who now lives and trains in his home nation, was first recognized for the sports honor back in 2012 at just 17 years old.

Celebrated at the ceremony held this week, the 23-year-old former Texas Longhorn now outlasts former national swimmer Patricia Chan and table tennis star Li Jiawei for having won the most number of times, with the aforementioned having each collected 5 of awards each.

100m butterfly champion at the 2016 Olympic Games, Schooling won the men’s 50m and 100m fly gold medals at the 2018 Asian Games, along with 2 bronze medal-worthy performances on Singaporean relays.

Below is the full list of Singapore Sports Award Winners:

Sports Journalist of the Year: Dilenjit Singh (The New Paper)

Who did you think it should be? He got 2 out of 4 Singapore’s gold medals at the Asian Games. The other 2 were from team events.