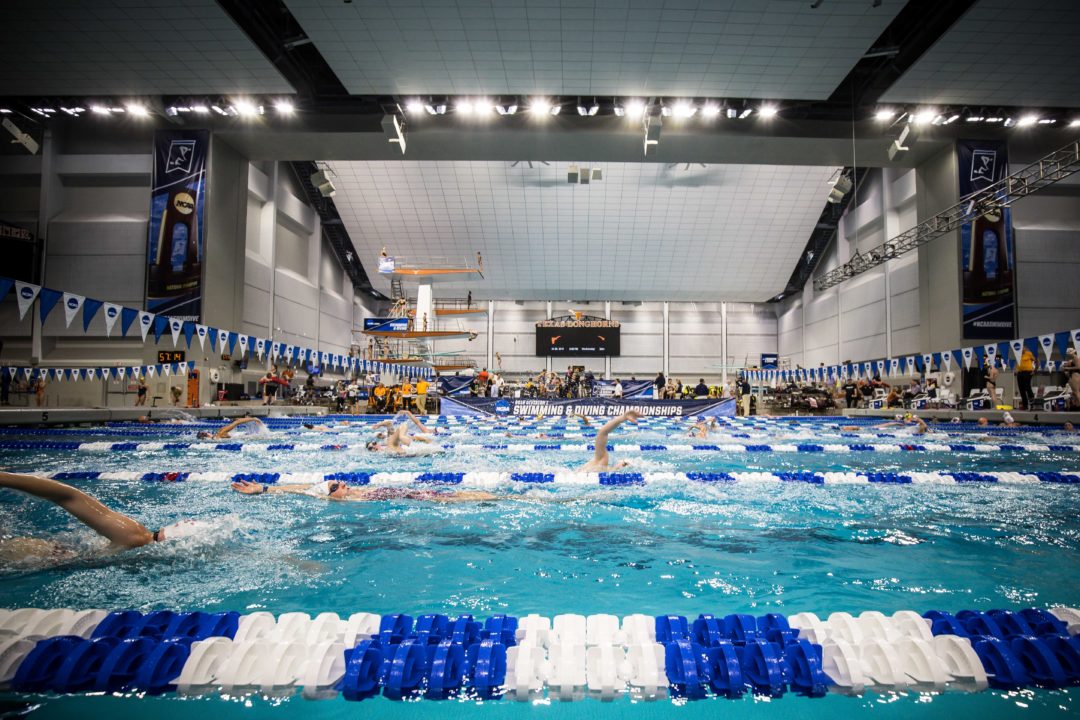 The Sandpipers of Nevada have a really great thing going right now. The general perception may be that Sandpipers just turns out great distance swimmers, but that’s not really the case. Tonight, 16-year-old Ilya Kharun won the boys 100 fly at the West Speedo Winter Juniors meet, breaking the 15-16 boys NAG in the process. Moreover, Bella Sims won the girls 100 fly, making it a sweep of the fly for the Sandpipers.

In case you didn’t see our post on him, Kharun had an unbelievably successful month of October. He’s been shedding time like nobody’s business, and tonight that resulted in his taking down Luca Urlando’s 15-16 NAG.

Kharun swam a 45.59, clipping Urlando’s mark of 45.62. Here is a split comparison between Kharum’s swim tonight, and Urlando’s NAG swim.

Kharun had more front-end speed tonight than Urlando did back in 2o18, putting up an speedy 21.23 on the opening 50.

The 16-year-old’s improvement curve in the 100 fly has been shocking over the last year. Last December, Kharun swam a personal best of 51.67 at the Las Vegas Super Finals. Let’s take a look at his progression in the last year:

Kharun started out on Sandpipers as a young child, then left for another team. In the spring of 2019, he returned to the team. According to Sandpipers coach Michael Kinross, Kharun “took a little while to readjust to our training and he is a bit of a late bloomer size wise compared to some of the other boys at his age and level.”

All of that led up to Kharun breaking through at the Sandpipers Pumpkin Invite back in October.

This boy drank Fanta during lunch before he went that btw…

My ankles would be shattered if I jumped to that conclusion. I hope you’re back on your feet and walking after the holidays!

At this point man just sit back and enjoy. Kids are always gonna get faster 😭. It’s inevitable

he drinks fanta before races

There is sooooo much young incredible talent. Good god. They are all just throwing down!

YOOOO WHAT ARE THEY DOING IN VEGAS???