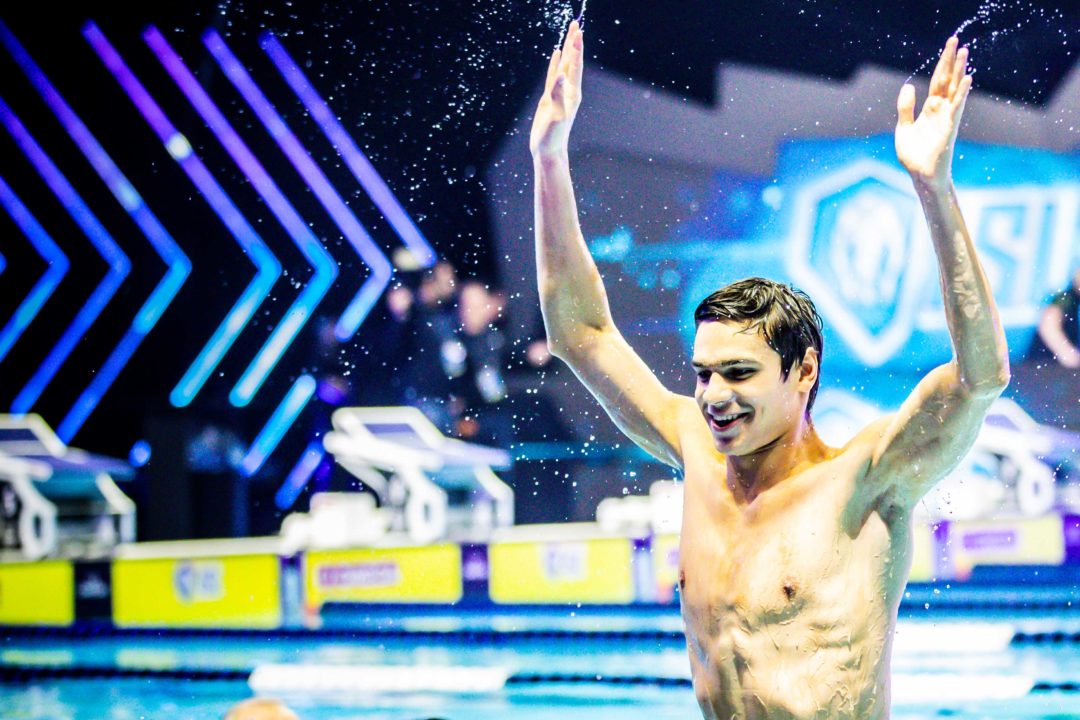 Day three of the 2021 European Championships will feature some of the world’s top swimmers, battling in events such as the men’s 200 IM, women’s 200 butterfly, men’s 100 backstroke, women’s 200 freestyle, and the men’s 4×200 freestyle relay.

The men’s 200 IM is expected to be British Champion Duncan Scott’s first individual event of the competition, after he pulled out of the 100 freestyle on day 2. Scott currently holds the top seed in the event with his personal best of 1:55.90. He could challenge both the championship record of 1:56.66 and the European record of 1:55.18. The current European record-holder, Laszlo Cseh, will swim alongside Scott in the final heat of the event.

In a field without Spanish Olympic champion Mireia Belmont Garcia, the women’s 200 butterfly will feature several showdowns between teammates, as each country may only send 2 swimmers into the semi-final. Hungary currently holds 3 of the top 4 seeds, with Katinka Hosszu leading the field with a time of 2:06.62. Her teammates Boglarka Kapas and Zsusanna Jakabos are currently seeded 2nd and 4th, respectively, both holding times within a second of Hosszu. Great Britain makes up 3 of the remaining seeds in the top-8, with Alys Thomas seeded 3rd.

The men’s 100 backstroke is one of the most anticipated events of the meet, featuring a showdown between Evgeny Rylov and Kliment Kolesnikov. Both swimmers are ranked within the top-10 all-time in the event, and could potentially establish themselves within reach of Ryan Murphy’s world record of 51.85. Kolesnikov has momentum on his side, as he closed the second day of competition with a new world record in the men’s 50m backstroke.

Federica Pellegrini highlights the women’s 200 freestyle, where she leads the field by almost 2 seconds. Pellegrini, the current world record holder in the event, will look to establish herself ahead of the 2021 Olympic Games, where she is expected to challenge defending Olympic Champion Katie Ledecky for the gold medal.

World record holder Anton Chupkov leads a tight field in the men’s 200 breaststroke, an event that has seen significant progression during the last Olympic cycle. Arno Kamminga holds the second-seed behind Chupkov, and could challenge for the gold medal. Great Britain’s James Wilby is another contender in the event, as he has already won a bronze medal in the men’s 100 breaststroke at the meet.

The men’s 4×200 freestyle relay may prove to be the closest relay event of the competition, as Russia and Great Britain are both poised to take the title. Russia finished 2nd at the 2019 World Championships in the event and currently holds the 4th and 5th fastest times in the world for 2021, with 4 swimmers ranked within the top 10. However, Great Britain has had an extremely strong year in the 200m freestyle, as the aforementioned Scott and Tom Dean currently rank 1st and 2nd in the world for the season, respectively.

….. the heady days of Sputnik and Yuri Gagarin ….. when the world trembled at the sound of the Soviet rockets ….

The 100 back is easily the most interesting event of the day.

Dont know about “easily”. For one the means 4X200 relay is going to be extremely interesting too and so is 200m breaststroke. I am eager to see Chupkov and Kamminga go head to head and respond to Sato’s time from the Japanese trials.

also milak in the 200 fly and the depth of the 100 free (very young field too). because of the 100 free, i think kk will do something similar to yesterday where he does a fast 100 back in the heats as to not get shut out by the quota (russia has 3 52s), then qualify for the final in a slower time so he can come out on top in the 100 free