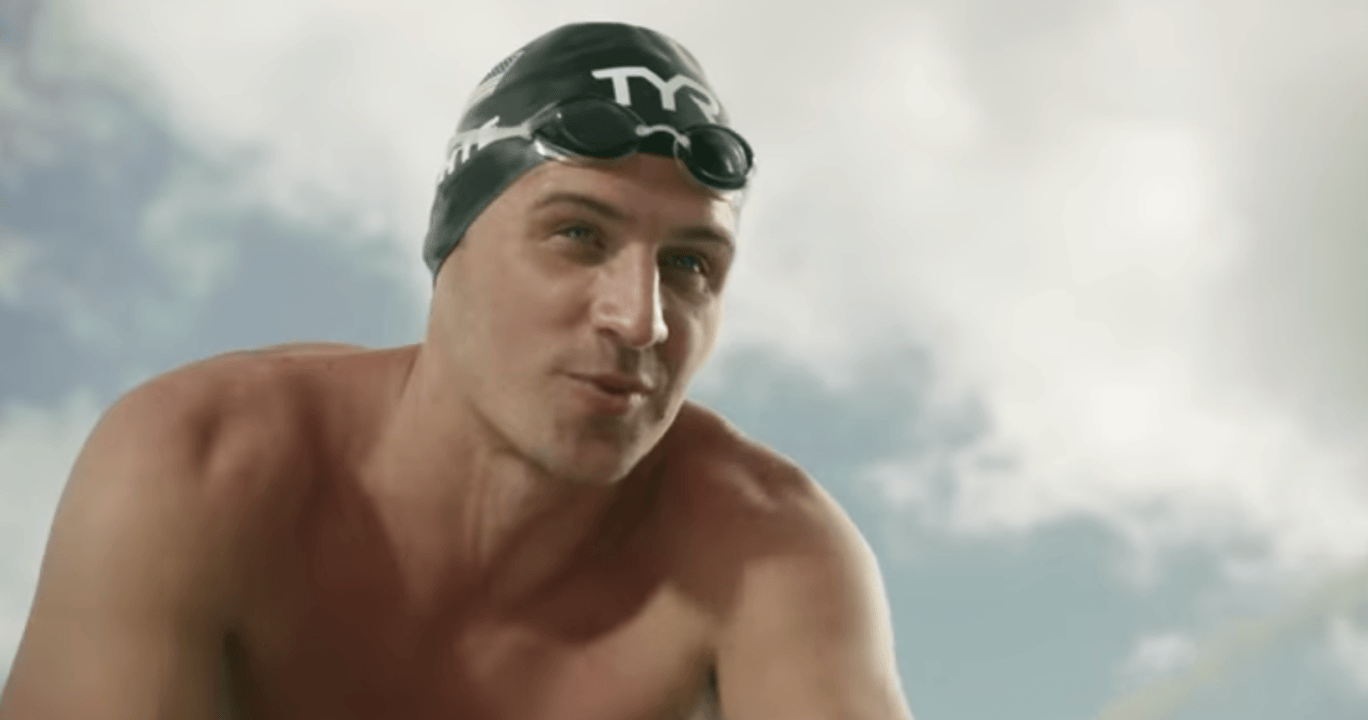 'Life Happens,' according to Ryan Lochte. Current photo via Debt.com

“Everyone deserves a second chance,” is the tagline 12-time Olympic medalist Ryan Lochte says with a smile in his new sponsor’s advertising campaign. Debt.com, a company offering clients ‘expert advice’ on how to wisely spend and save money while helping them also get out of debt, is Lochte’s newest backer, joining the likes of TYR and PowerBar.

After seemingly finally getting over the entire post-Rio gas station debacle that left his public image in disarray, Lochte is looking to Tokyo 2020 in his bid to compete at a 5th Olympic Games. Although still suspended by USA Swimming, he most recently competed at the United States Masters Nationals this past weekend, breaking a national record in the 100 yard IM in the process.

Partnering with Debt.com, Lochte is carrying on the company’s theme of ‘giving people the fresh start they deserve’ when ‘life happens.’ In the ad below, watch the 32-year-old reel in a crazed fan, complete with a signature Lochte eye twinkle. The swimmer is set to appear in several additional ads to promote the company and is the headline image on its YouTube channel. A portion of the proceeds from his endorsement deal will go directly to the charity Parent Project Muscular Dystrophy, according to sports-central.org.

I saw Ryan in a nice interview yesterday – taken at the Mater Nationals . He is really back at swimming – he said he found his passion & fun back for competing and his life has never felt that good . I wouldn’t be surprised if he shines again pretty soon .

I would be surprised. He’s been getting slower ever since 2011 Worlds/2012 Olympics. There aren’t too many 32 year olds that go best times especially in his events. Plummer and Ervin are a couple of examples of older males going fast, but there aren’t too many others. Plus, these two swam shorter events than Lochte.

He can still “shine” — and do pretty darn well in international competition — without ever touching his 2011/2012 times. His time in 200IM just from Semis would have been silver in Rio.

And his time at OT finals. People are ridiculous if they think he’s lost his touch

The older you are, the faster your times were.

I’m aware that his best 200 IM time from 2016 would have gotten him 2nd at the Olympics. It’s just going to be tough to compete against the current group of studs when they everyone is getting faster when he seems to be getting slower.

Well he’s still faster than them so…

Agree. Hate to say this, because I respect what he’s accomplished a ton, but MAC blew 2016 aside from Meili & lochte’s trials – it was very disappointing from a very. It looked as though Lochte was equally disappointed too.

There is an extremely talented crop of young swimmers coming up. If he (lochte) can be relevant and still make the 2 IM in 2020 it just goes to show how special a talent he is and was.

Define blow? Kathleen Baker was representing SwimMac at OT. Madison Kennedy made finals, Cullen Jones got 3rd in the 50, Anthony Ervin got 2nd Representing MAC and made it for the 4×100, and the only team to put as many flyers in the A final was Cal

Not sure why many of you guys talk bad about him, if he wants to do good times and have a great last Olympics he will, also not sure how many of you are over 35y/o and still swimming in elite categories with 18 and 20 something kids… well not want to brag but I’m 37 and still racing with kids just have to do more sacrifice and take care of yourself, Lochte is a full-time athlete not like most of us and is the 2nd best swimmer in the IM for many years just below Phelps so if he trains properly, stays out of trouble and prepares mentally the way it should he will get medals.

Lochte will not make another Worlds or Olympic team

He will …..as i heard in the interview , he is changed within . U can’t say what u say without hearing him first hand ….

I mean, you can change all you want, and it doesn’t mean he’d be a top 2 at the trials, or qualify for a world team….but that’s a negative outlook. the Realistic outlook is that he is north of 30, and that while that’s not an inhibitor persay, the events that he swims combined with the age DOES play a factor. Sure Anthony Ervin can win a 50 at 35, but can Lochte win a 200 im, 400 im, 100 or 200 back, or 200 free at that age?!? That’s a huge difficulty – it’s just being realistic. Even Phelps dropped his longer races towards the end of his career in favor of shorter, more ‘sprinty’ races.

People say a lot of things.

Erwin: That is absolutely correct. He is a more determined than ever (possessed?) to win every medal conceivable in 2020. He is absolutely changed by the events of the past six (6) months.

I don’t think he will either. Time is an opponent that always wins.

Mitch: You are completely wrong. Hasn’t his performance at the Masters disabused you of this warped notion that he can no longer compete at the World’s and/or the Olympics? The only reason that Lochte is not competing in Budapest is that he was thrown under the bus by the USOC where in truth and in fact he correctly reported he was the victim of a robbery, based upon both the common law and statutory definitions of “robbery.” His version was verified by USA Today, a fact consistently ignored both by the USOC and the dumb and misinformed public who did not bother to simply ascertain the facts. In fact, it was the Rio events that cost Thiago Pereira, one of… Read more »

That commercial is really funny in a Will Farrell kind of way.

Quite a comeback, Ryan. Happy for you.

I recall Mark Spitz’s attempted comeback swims when he put his 40 year old body up against Tom Jager and Matt Biondi. It’s hard to turn back the clock.

Just out of curiosity, how old are you? Over forty? I am. Life does a lot of things to you between 30 and 40. Phelps has a lot of family and business responsibilities. Someone like Tom Brady can pull it off because a lot of his long-lived ability is related to the game’s mental aspects such as being able to read defenses and understand offensive schemes. Same doesn’t apply to swimming.

He also said he was having shoulder and back problems and that was one of the reasons he is a no go for 2020.