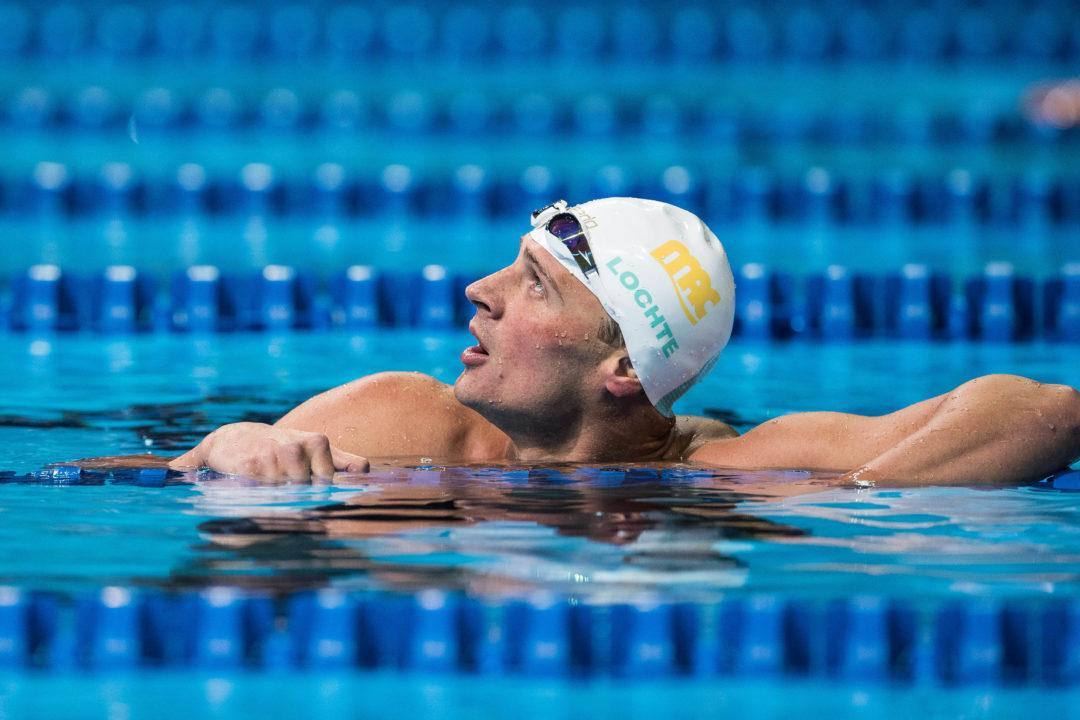 Team USA veteran Ryan Lochte returned to competition this weekend at the 2017 U.S. Masters Swimming National Championships. Lochte, who is still serving suspension from USA Swimming that bans him from competing in this summer’s World Championships, was competing in his first meet since the 2016 Rio Olympics.

Lochte, who competes in the 30-34 age group, has been racking up the medals, winning 4 medals through the first 3 days of competition. His most impressive swim was arguably the 100 IM, where he took down the Masters National Record with a 47.71. The former record belonged to fellow U.S. Olympic champion Matt Grevers, who set the bar at a 47.77 when he won the race 2 years ago.

He still got some amazing speed and insane underwaters !!!!!

His breakout on backstroke — he looked like he was shot out of a cannon.