Roadmaps – Mapping the Journey of US Swimming Stars: Men’s 400 IM 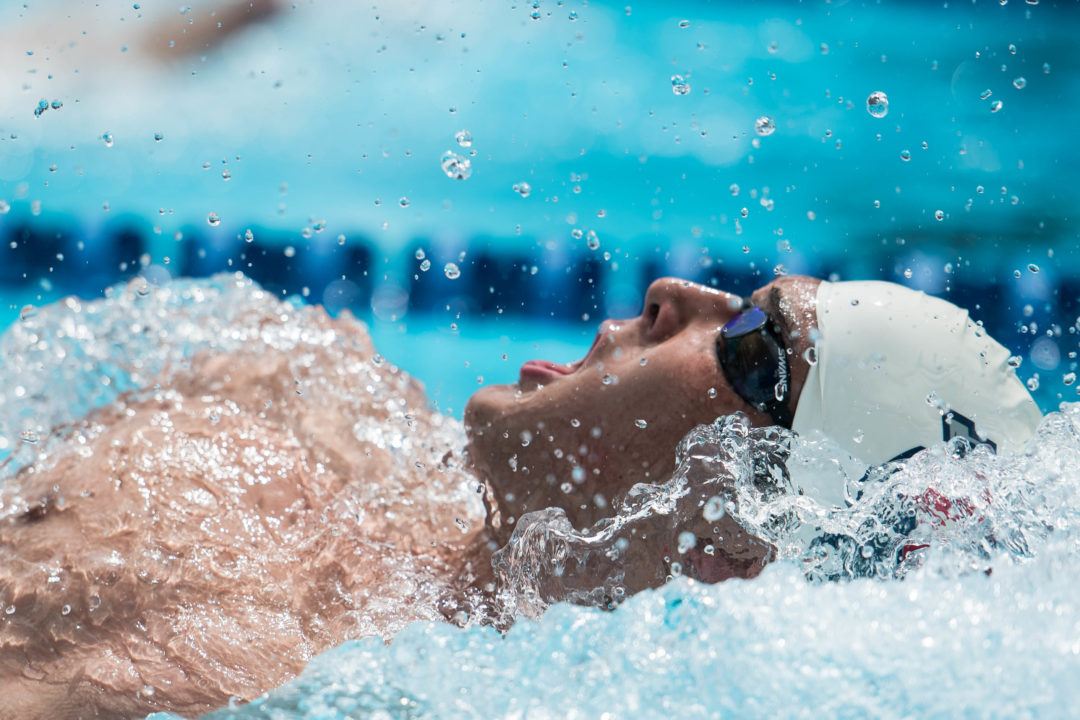 How do these eight swimmers' unique stroke specialities propel them to 400 IM success? Find out in this installment of U.S. Roadmaps. Stock photo via Mike Lewis/Ola Vista Photography

Watch Caeleb Dressel tie another OLY record, this time in the 1FL, during Tokyo 2020 day 6 prelims and Rhyan White/Phoebe bacon go 1-2 in their 2BK heat.

Siphiwe Baleka’s quest to become the oldest swimmer to compete in the Olympics has come to an end after the CAS rejected his appeal.

The men’s 400 IM final at the 2016 Olympics was the first event final since 2004 that did not feature American IM greats Michael Phelps or Ryan Lochte. Instead, it was headlined by two new American names, Chase Kalisz and Jay Litherland. During the final, Kalisz valiantly finished with a silver medal while Litherland finished in a tight 5th place. After that, Kalisz became the world event champion in 2017 while Litherland rose to a World silver medal in 2019.

Fast forward to 2020, Kalisz and Litherland are the only two American men who have swum under 4:10 in this Olympic cycle. Despite this, versatile 2016 Olympian Gunnar Bentz, college stars Charlie Swanson, Sean Grieshop, Bobby Finke, Sam Stewart, and age group phenom Carson Foster are all under 4:14, which would have easily rattled the 2019 World final. Who are these 8 American IMers and how do their unique specialities propel their 400 IM success? Find out in this installment of U.S. Roadmaps.

Carson Foster dominated sprint fly during his 12&U career, but shifted towards the 200 IM and the 400 IM after nailing the 2016 Olympic Trials cut when he was 14. Similarly, Sam Stewart‘s sprint back talent in his 11-12 age group days contributed to his 400 IM capabilities once in the 13-14 age group. Charlie Swanson didn’t have the IM events on his radar during his middle school days and focused on breaststroke and sprint free instead.

Stroke versatility is a key component towards a good IM race, however, so does endurance when it comes to the 400 IM. During his middle school career, Bobby Finke had the most power points in the 800/1500 free events, but the 400 IM was a close 3rd-/4th-best event. Before Sean Grieshop saw collegiate successes in distance free, he had the most power points in the 200 back when he was 12 before switching to the 400 IM. As an age grouper, Jay Litherland (and his triplet brothers) had both stroke versatility and endurance, who racked up power points in the 400 free and 200 back before his international IM success.

Once a swimmer enters late high school/college, their stroke specialty becomes more solidified. Since he was 14, Gunnar Bentz‘s best event based on USA Swimming Power Points has been the 200 IM. Nevertheless, Bentz’s stellar fly/free talents has lead him to success in both IM events. Meanwhile, both Chase Kalisz and Charlie Swanson‘s best event at 16 was the 200 breast before the 400 IM was solidified into their repertoire. Jay Litherland‘s 15-16 backstroke talent also carried over into his senior 400 IM career.

Of all members in this 400 IM group, Sean Grieshop is the only swimmer to have the most points in the 400 IM in every age group since he was 13. After Carson Foster and Sam Stewart‘s early success in the 400 IM, they began to explore their own event versatility, which arguably made the 200 IM their best events throughout high school (and college). Bobby Finke is the only swimmer of this group that never had the 400 IM as their “best event”, finding more success from his distance freestyle events.

If these eight Americans swam their current lifetime bests in the same final, Chase Kalisz would have led the entirety of the race while Jay Litherland and would have also sealed a medal from start to finish. However, what would the rest of the group’s races look like? Fly/back specialists Carson Foster and Sam Stewart would have kept up with the lead pack during the first 200, yet would likely get caught by Kalisz and Charlie Swanson during the breast leg. Once into the free leg, Gunnar Bentz, Sean Grieshop, and Bobby Finke would utilize their versatility/endurance to take down Foster and Stewart for 4th-6th place.

I think that the 400 I.M. will be a really tight race at trials

While Gunnar is an incredible fly/free swimmer now along with his IMs, I believe the strongest part of his 400 IM from his club days at Dynamo was the breaststroke. It’s also pretty crazy that Gunnar and Jay both swam for the same club team, graduated HS the same year, and then went on to swim at UGA together where they both made the 2016 Olympic team together

Still trained together more than you would think. Dynamo has a good history of combining locations for practices (especially Saturdays for hard LCM practices) to build team chemistry and have larger and stronger training groups

Jason and Rich worked together so well, and they both played a large part in developing Gunnar and Jay.

With the extra year, Carson foster goes from finishing 6th at trials to making the team in both IMs

I actually do think that this extra year is perfect timing for him. I’m not sure if he makes it in one or both IMs, or if he just gets a top 6 spot in 200free, but I do think he’ll make the team now.

These Roadmap article series are AWESOME! During the shelter-in-place, I have time to photoshop my kid’s stats on these tables for giggles (with the family).

Chase’s breast splits are just head and shoulders above the other. It blows my mind every time I see them.

I wonder how Phelps stacks up against these guys

I wonder if Grieshop/Finke will do IM or free (I believe for some stupid reason both 400s are on the same day of the schedule). Kieran Smith would be in the same boat, but seems like he’s locked into the free by now.