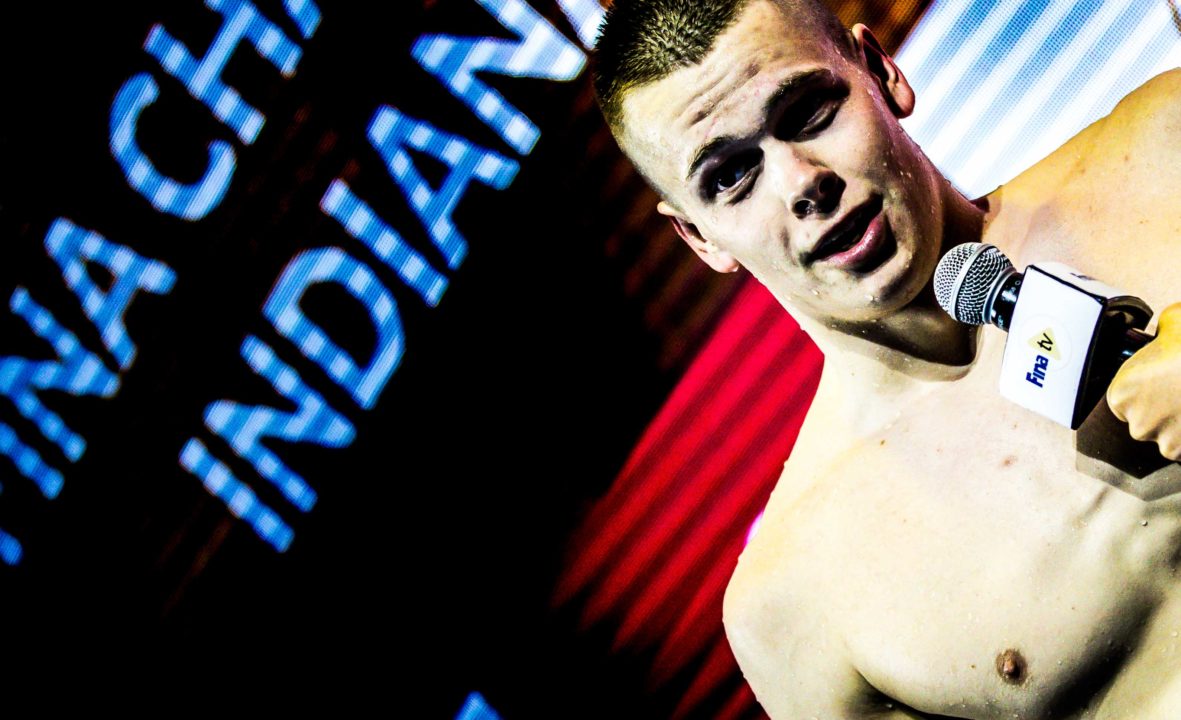 Dynamic freestyle ace Danas Rapsys was in action in his native Lithuania over the weekend, flexing his competitive muscles at time trials. The 25-year-old took on the 400m and 200m freestyle events, topping the podium in each.

First, in the 200m free, Rapsys stopped the clock in a mark of 1:46.39. Opening in 52.08 and closing in 54.31, the man checked in with a season-best. His performance here overtakes the 1:46.98 he produced in March in Marseilles. As such, the national record holder now inserts himself with the season’s world rankings in slot #18, keeping in mind the bulk of the top performances have been produced at Olympic Trials meets, such as Great Britain and Japan.

Rapsys’ time in the 400m free over the weekend came in at 3:47.70, comprised of splits of 54.97/58.92/58.72/55.09. Rapsys’ outing here also outperformed what he logged in Marseille. There in France he stopped the clock in 3:51.01 so he crushed that result en route to posting a world-class time that renders the Lithuanian just outside the top 20 performers this season.

The top women’s performance came from Kotryna Teterevkova. The 19-year-old posted a winning mark of 1:08.40 in the 100m breaststroke, the 10th fastest time of her career.

He is obviously still in hard training.

This is a differing approach to previous seasons. Ordinarliy he is faster.

It’s actually close to the same time he swam this time in 2019.

He’s not showing all his cards yet

I Still think Scott will win 200 free in Tokyo tho

I would think it is more of a toss up. With a Sun Yang wild card thrown in…

And of course this all depends on no big surprises from the US and Australian trials….