Princeton Legacy Isabella Korbly Verbally Commits to the Tigers for 2021 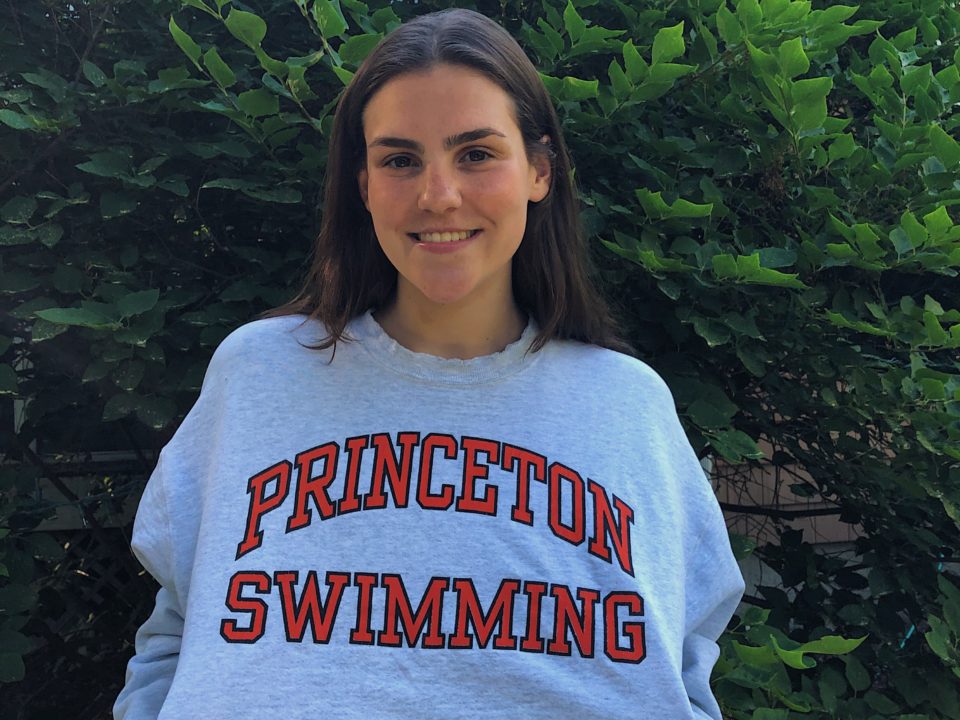 United Swim Club backstroker Isabella Korbly will follow in her parents' footsteps and make DeNunzio Pool her home starting in the fall of 2021. Current photo via Isabella Korbly

Isabella Korbly from Acton, Massachusetts has announced her verbal commitment to the application process* at Princeton University for the class of 2025. A USA Swimming Scholastic All-American, Korbly will be a double legacy at Princeton, as both her parents –Jenn Aber Korbly and Steve Korbly– swam for the Tigers in the class of 1997.

“I am so excited to announce my commitment to the admissions process at Princeton! I will be honored to have the opportunity to continue my studies at Princeton and look forward to being a part of the Princeton Women’s Swim and Dive team led by Coach Bret and Coach Robin. Thank you to everyone who has supported me throughout this process. I can’t wait to be a Tiger!!”

Korbly is a rising senior at Acton-Boxborough Regional High School who does her year-round swimming with United Swim Club. She won the 100 back as a freshman (58.18) and a sophomore (55.28) at the MIAA Girls Swimming & Diving Championships but didn’t compete as a junior in the fall of 2019. She will be a captain of her high school swim team next year (if there is a swim season her senior year).

Korbly’s best 100/200 back times would have just missed the A finals at 2020 Ivy League Championships. She would have made both B finals, though, and will overlap two years with sophomore Emily Trieu who was an A finalist in the 200 and a B finalist in the 100.

She should have chosen Michigan. Most swimming and diving NCS in history with 19.

Did you miss the part about being a double legacy? She has been coached by her mom since she was very young and clearly family and academics are important to her. Great young lady with incredible talent!