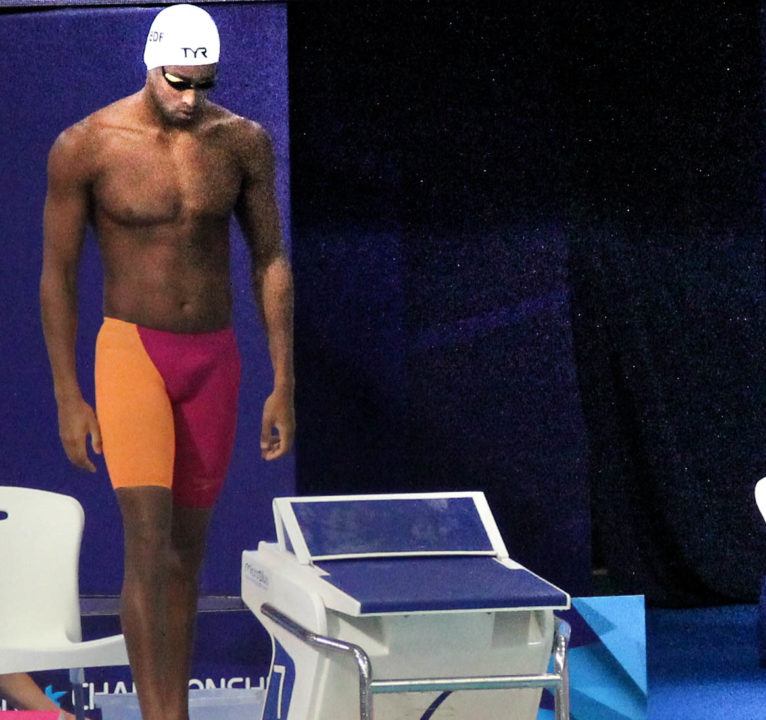 The trio of new additions to the team of day 3 of the French Olympic Trials all qualified individually in the 200 freestyle. Archive photo via Giusy Cisale

Both of those swims were under the 1:47.02 qualifying time they needed, securing their spots on the team. It will be the first time that either of them swims an individual event as Atsu hasn’t yet made the trip to the Olympics while Pothain raced in Rio in 2016 as a member of the 4×200 freestyle relay.

In the men’s 200 fly, Leon Marchand notch a second Olympic-qualifying swim with his 1:55.40 national title-winning performance. That swim was a new PB for him, getting under the 1:56.33 he swam earlier this year as well as the 1:56.48 he needed. That marks his second Olympic-qualifying time of the meet, adding to his earlier performance in the 400 IM.

The fourth swimmer to record a time good enough for a spot on the Olympic roster was Charlotte Bonnet. Bonnet added her name to the team in the women’s 200 freestyle with a 1:56.67 which was quicker than the 1:57.28 she needed.

With the addition of Pothain, Atsu, and Bonnet, the French Olympic roster for Tokyo is now likely contains 12 swimmers racing individually and 13 considering Theo Bussiere who will race the breaststroke leg of the men’s 4×100 medley.