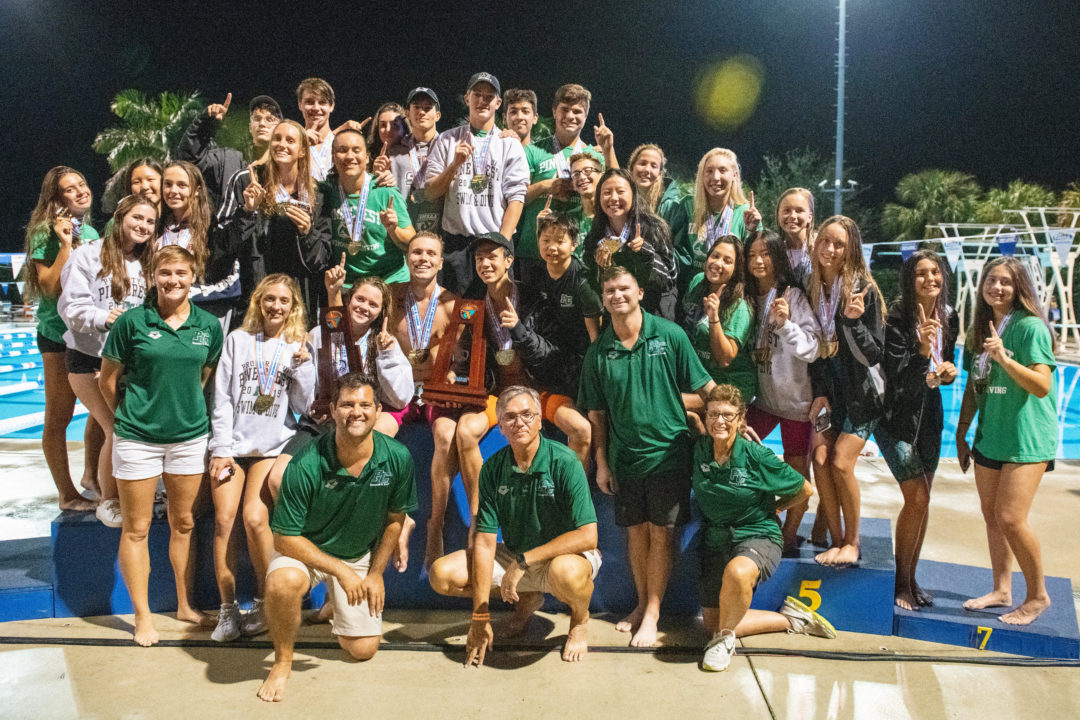 Florida High Schools competed in Region meets across the state, as the top swimmers in 2A attempted to qualify for the State Championship meet this weekend.

In Region 3, the Stanton College girls had a strong showing on the diving board, claiming the top three spots. Region champion Rylie Darkatsh, a freshman, will enter the State Championship meet as the top seed, while sophomore Kiley Wegner is seeded 5th and junior Julia Adamczyk is 8th. Stanton College junior Olivia Sciozcia also qualified as the 20th seed.